One year ago, on January 6, 2021, violent rioters stormed the US Capitol. The attack represented one of the darkest days in American history. Never before had the Capitol been seized like that, by Americans determined to subvert the proceedings of our democratic process — fueled by political lies, disinformation, and self-interested politicians.

Never before have we seen so clearly American democracy teetering on the edge. On the anniversary of that heartbreaking day, we invite you to join us in a moment of reflection on what remains at stake and how we light a way forward out of dangerous political division.

In a new video from Unite America, noted poet and author Regie Gibson delivers a powerful reflection on the state of American democracy,  in his new original poem, “An Open Letter to the America that Will Be.”

Gibson, an author and educator, in addition to poet, reflects on the events of January 6th and the divide that both led us to that day, and that has since grown across our politics. Fueled by a system of broken political incentives — from things like gerrymandering to partisan primaries — politicians have failed to lead in solving the key issues of our time, from immigration to healthcare to the national debt.

Yet as Gibson notes, there is a way forward. By drawing on America’s rich history of reform and revival in our political system, Americans have the ability to change our future, creating the promise of a better tomorrow for the next generation — the America that will be.

Unite America and our allies are on the front lines–defending our democracy and reforming our political system–and it’s an all-hands on deck moment. The time is now. Join the movement to put voters first in 2022. We’ve got work to do.

The full text of Gibson’s poem can be found here:
‍
--

Dear America that will be…
We gather today to rekindle
The embers of your flame and promise.
We gather because, at this time in our journey toward you
we find ourselves at a fork in the road.

And within our body politic
there exists more than a flickering filament
in many resonating sympathetically with those claims.
There is a  growing feeling— a sense   a shame
that some cultural tectonic plate has shifted
and that a rift has occurred between us
and the lifted WE-
The People we know we’re supposed to be.

And at times like this, when we lose our way—
we lose faith in ourselves—
and get weighed down and weary
and cannot see you, the America that will be, clearly…
and too often we find our vision is made even more bleary
by leaders incentivized
NOT to unite us, but to drive us further apart instead—
to keep us polarized in political camps of BLUE and RED.

Incentivized to keep us disunited by dysfunctional processes
like gerrymandering and misrepresentative primaries
that only serve to increase our divisions…
So, we don’t see it’s not just WHO we select
but HOW we elect our politicians
that keep them and us fighting and bumping our chests
so that critical issues like our climate, and mounting national debt,
immigration, education, health care,
and their impending ecological and economic threat —
never get addressed.

Dear America that will be…
We need to hear YOUR voice- that voice that is great within us
urging us to find ways to communicate and create
within this centuries long song that is you:

This composition in which we are all citizen musicians
trying to blend our various additions
into your evolving tune—
one in which we sometimes
must musically muscle to make more room.

And, yes, often this musical muscling is angry and abhorrent.
And our eyes brim and our tears torrent
and our chests heave with national heartbreak.
So, to ease this all-consuming ache
we open our mouths
and what comes out
is the wail and scream of a country’s fearful confusion—
What comes out is the sound of each contusion,
each bruise that refuses to readily come to a conclusion.

So, we keep screaming because we don’t know
what to do with this song
we’ve let become so jangled and discordant for so long.

But, then, sometimes above the din…we CAN hear you…
singing in the Voice of our better angels—
reminding us of the highest possible civic good
we can achieve…
that of the true patriots’ dream
of transforming our nation’s jangling discord
into a beautiful symphony

So, dear America that will be
we gather today in search of that note…
that note that sounds and feels like the true one:
The red, white and blue one
that asks us to rise and raise each other up beyond this hating
to a space were we can start taking a breath

Yes, we know our union is not more perfect…yet
We are a flawed people in a long line of flawed people—
But, people who nevertheless knew
we could do better than this…
That we have what it takes to step back from this political abyss
because they’ve given us a history and tradition
of improving, reforming, renewing, and defending our democracy

A tradition that compels us to unite America.
This is a generational legacy.
And by accepting this challenge brings us closer
to the promise of YOU—

The America that will be.

Join the movement to put voters first in 2022

We've done it before, and we can do it again: when our democracy has become broken and dysfunctional, Americans have risen to the challenge of creating a more perfect union. Now is the time to end the toxic doom loop of our politics and join the movement to put voters first. 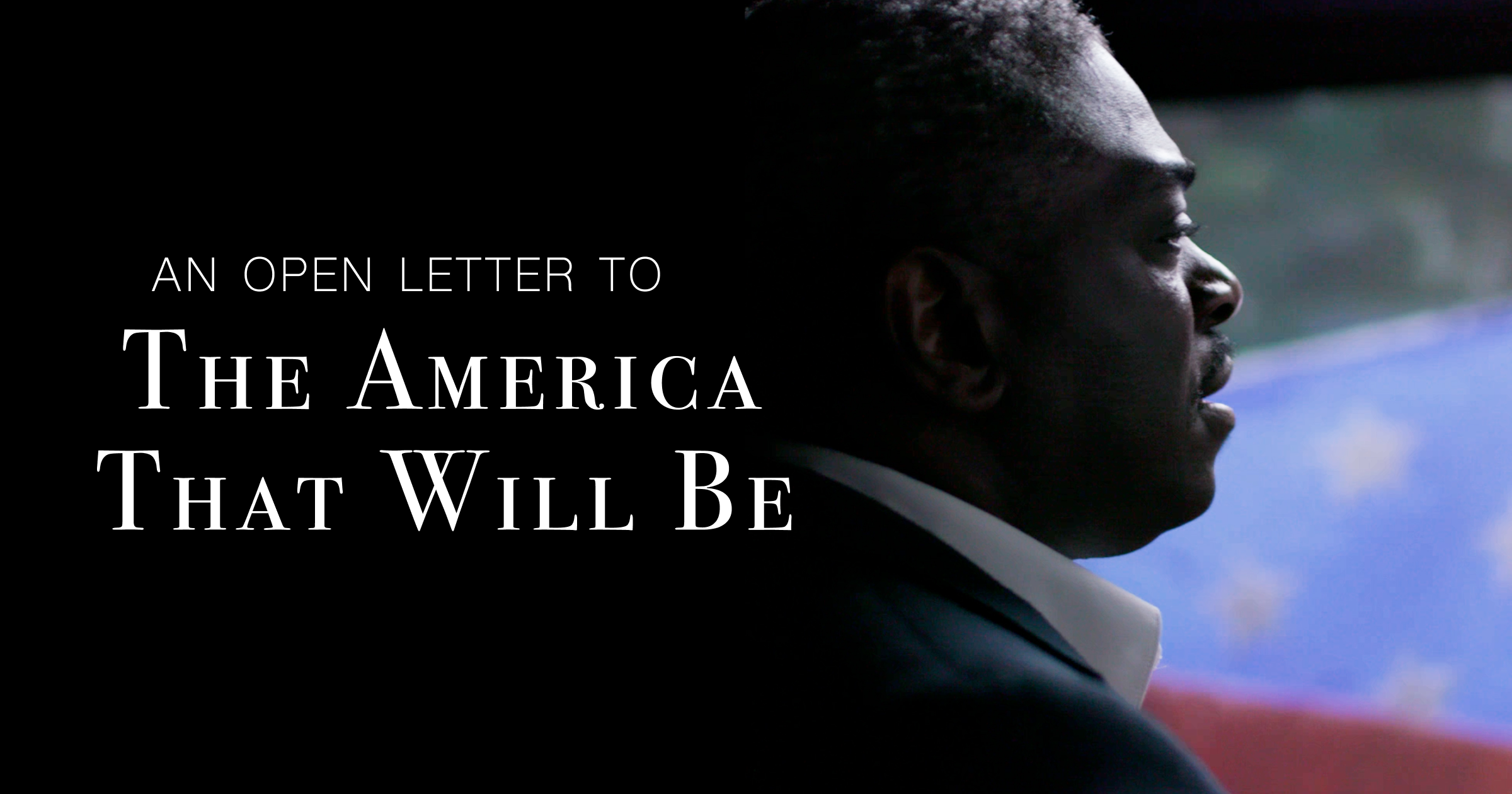