What we did in Virginia 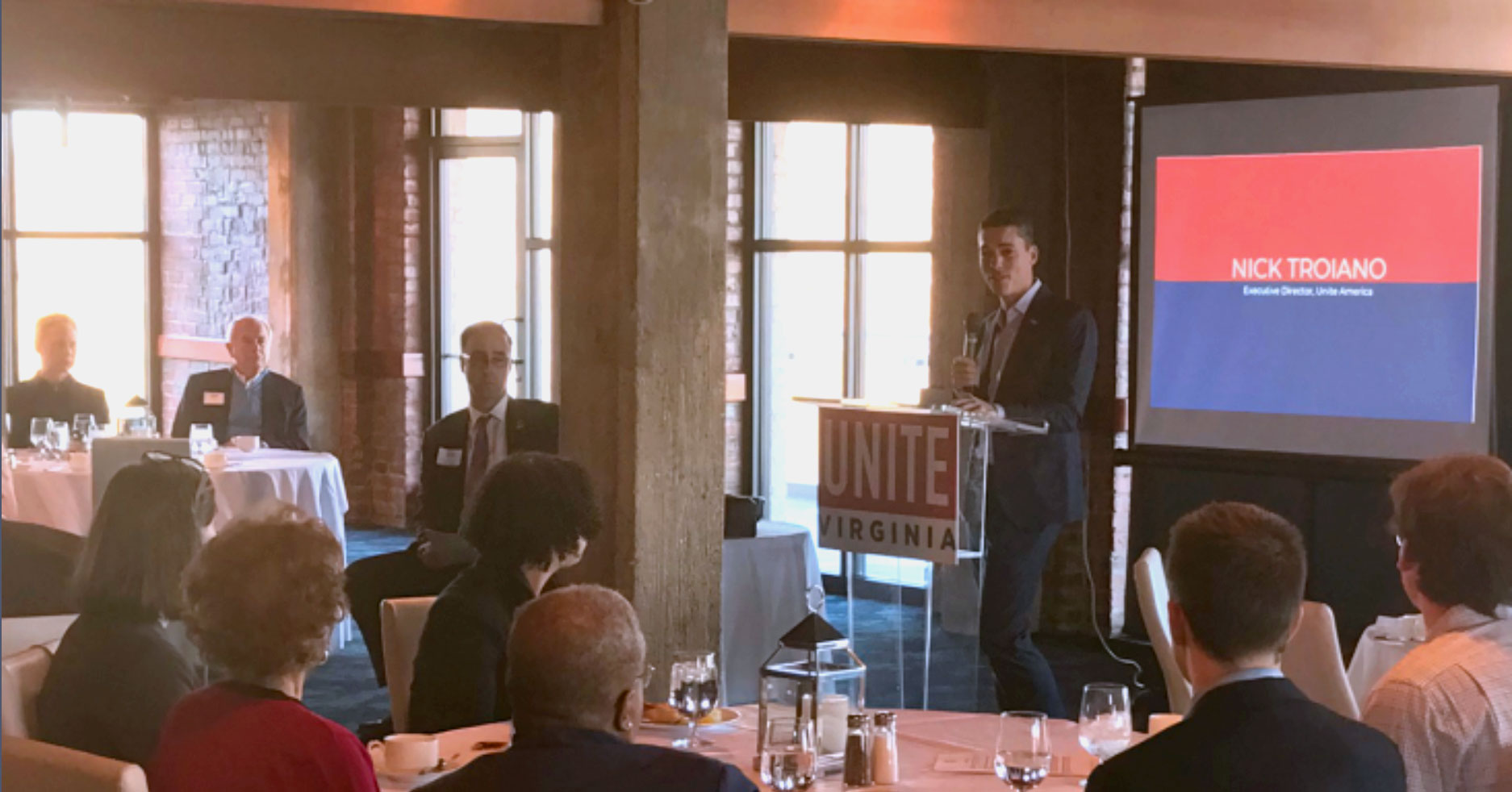 With off year elections, Virginia was the perfect place to pilot our primary election strategy. The results will take us into 2020 and beyond.

Virginians took to the polls Tuesday, voting in the primary for their state legislative elections. All 140 seats were up for grabs, along with hundreds of local and constitutional offices. The majority of the nation wasn’t paying attention.

We were watching as three candidates in 140 of these races sailed to victory Tuesday night, each winning their respective primary elections. We were watching as Suhas Subramanyam, Martha Mugler, and Emmett Hanger proclaimed victory. We watched as Virginia’s first slate of people over party candidates won.

And we’re excited. Here’s why:

So we went to Virginia; in addition to having elections in 2019, they have a closely divided legislature, along with critical anti-gerrymandering reform hanging in the balance. Virginia served as the perfect place to pilot our new strategy: advance independent-minded and reform-oriented candidates through their primary, and into office.

Unite America is a nonpartisan organization; we want our political system to work for the people, not any one ideology or side. We don’t want to change which party controls the government — that’s a decision that should be left to the people. Instead, we want to change the type of leaders that get elected to office — those that will act selflessly to put their constituents before their political careers, and will govern with common-sense and reason.

In the end, out of the approximately three dozen legislative partisan primaries in Virginia, we selected four races to get involved in by supporting candidates who are willing to be pragmatic leaders who put people over party.

Some of the criteria we used when selecting races:

In the end, we selected four candidates — two incumbents, and two candidates running for an open seat.

All of the races we selected were in districts that already leaned one partisan way or another; whoever wins the primary is likely to be the winner in the general. Instead of playing in expensive general elections, we made an impact where it matters: in the primary.

Our candidates represented an array of backgrounds and ideologies — from a conservative senior statesman to a former Obama Administration advisor. Fundamentally, however, they believe that the interests of their constituents are best served through collaboration. All have indicated an interest in joining, or have already join, a bipartisan caucus when elected. (You can read more about them below).

We’re proud of the candidates for running solid races. We’re excited for the people of Virginia who will have true advocates and reformers in the capitol. But Virginia is only the first step.

Martha Mugler (D-HD91) is a Democrat who focused on education, healthcare, the environment, and jobs. Her primary opponent, Michael Wade (2017 Democratic nominee for HD91), is a Democratic Socialist who ran to the left of Martha in this year’s primary, and was endorsed by several labor unions during this contest.

Suhas Subramanyam (D-HD87) is a pragmatic Democrat who volunteers as a firefighter, is a former official in the Obama Administration, and may be the first Indian-American to be elected to the Virginia General Assembly.  Suhas faced three primary opponents with the two closest competitors running to his left.

State Senator Emmett Hanger, Jr. (R-SD24) is Virginia’s senior statesman and has won numerous awards for his leadership and effectiveness while in office. Emmett has championed redistricting reform and was instrumental in Medicaid expansion in Virginia, receiving our first Unity Award earlier this year for his bipartisan leadership on reform efforts. Emmett faced an intense primary challenger, Tina Frietas, who is married to Virginia Delegate Nick Frietas (R), for the nomination in a very safe Republican district. His primary was especially vitriolic, with groups papering his own church’s parking lot with negative and dishonest fliers about his record.

In summary: both Republican candidates seeking the nomination are claiming victory through different nominating methods which the other disputes. The Republican Party has not approved or certified either method. This is likely to continue for several more weeks until the RPV steering committee makes a ruling or the courts intervene.