What 2018 Taught the Independent Movement 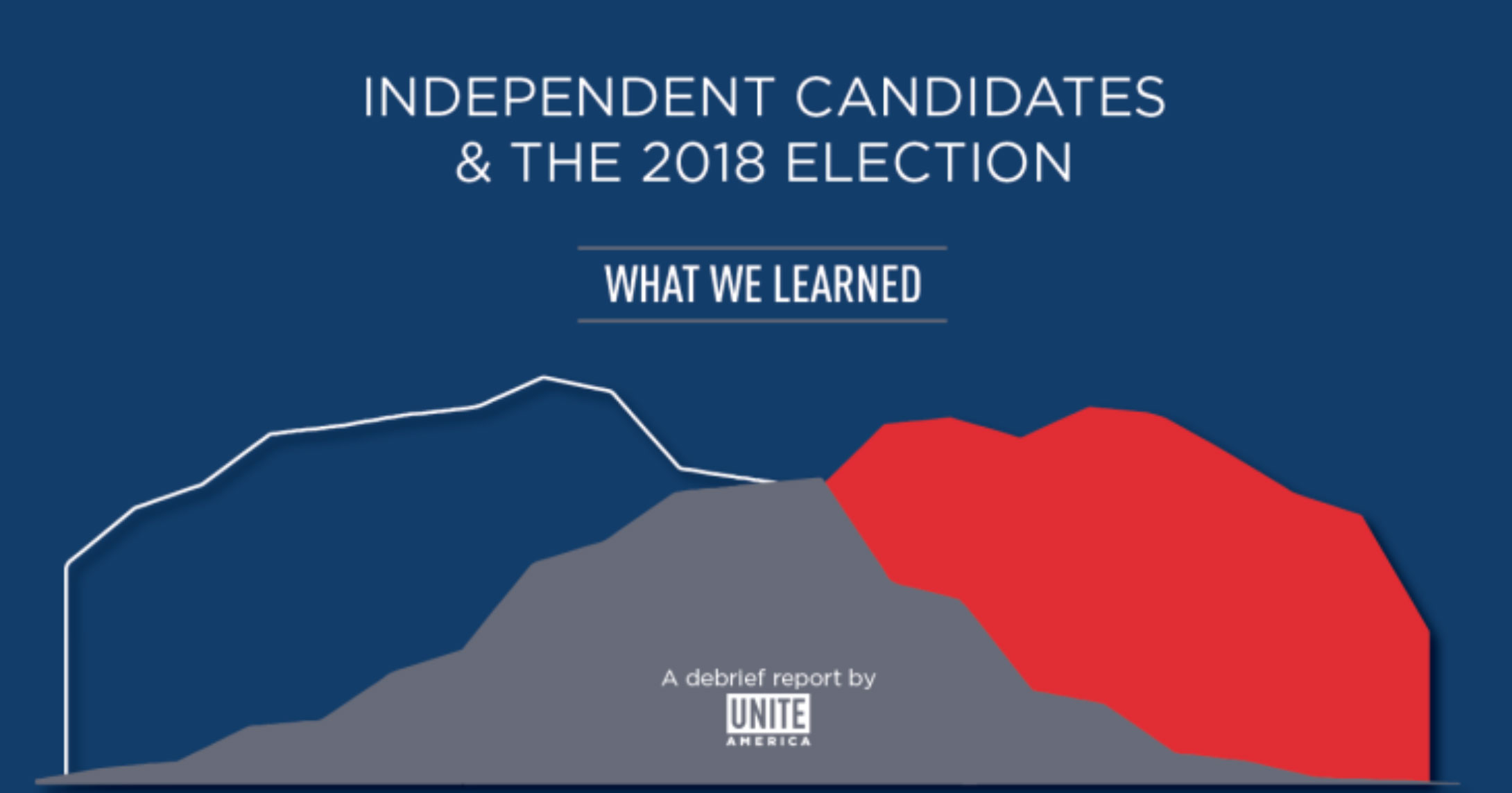 For the first time ever, independent voters cast more ballots in the 2018 midterm elections in Colorado than Democrats or Republicans. Yet the number of independents elected to the state legislature held steady: zero. Why?

The easy answer is that the two-party duopoly has rigged our political system against new competition. Look no further than the “election reform” bill that passed this legislative session, which significantly increased the signature requirements for unaffiliated candidates to even get on the ballot.

However, after mounting an unprecedented effort to level the playing field for a slate of five independent state legislative candidates in 2018 through Unite Colorado, pointing to a rigged electoral system was no longer a satisfying answer to fully explain why independents consistently come up short.

We recruited extraordinary leaders to run for office, built a campaign team of experienced staff to support them, and spent hundreds of thousands of dollars to reach voters. Yet in November, the three independent candidates in three-way races did not crack double-digits; the two candidates in two-way races did not come close enough to suggest a path to victory was ever viable.

So we undertook our own version of the 2012 Republican “autopsy” report over the last six months to better understand what we got wrong and contemplate where we go from here (UniteAmerica.org/2018debriefreport). There are two critical findings.

First, our assumption that growing polarization between the two parties would leave more room in the middle for a new option proved to be incorrect, and the opposite may be true, for one simple reason: modern voter behavior is driven more by casting a ballot against who we fear rather than casting a ballot for who we like.

As both parties move further to their extremes, voters become even more committed to vanquishing the other side. This phenomena of “negative partisanship” can help explain the dissonance between polling that shows 84% of Colorado voters are open to supporting an independent and the 4-6% of voters who were actually willing to do so when presented an option alongside both major parties.

Second, today’s politics is more influenced by identity than ideology. We have self-sorted into two tribes that largely reflect both our geography and demography. Having a “D” or “R” next to your name on the ballot is all that matters for most voters who belong to that tribe. Conversely, we found no meaningful, built-in “base” of support for independent candidates –– not even among independent or centrist voters.

In a two-way race against an incumbent Democrat, for example, independent Paul Jones won 44% of the vote but lost independent voters by 25 points, according to our post-election polling. The only segment of the electorate he won (by 14 points) was voters who said they do not feel represented by either party, which include Democrats, Republicans, and independents. The problem was they only accounted for 25% of all voters.

The biggest barriers facing independent candidates are more psychological than structural, and are likely to only grow larger as politics becomes even more polarized. Paradoxically, if non-partisan reformers want to exert real influence in politics in the near future, we may have to become more partisan –– meaning, participate within the two-party system as it exists today.

For example, independent-minded leaders should run for office through party primaries, including to challenge any politicians who are ideologically out of step with their districts. In 2018, just 5 of 56 Colorado incumbent legislators faced a primary challenge, which is the only competitive election that may exist for the majority of seats that are “safe” Democrat or Republican.

Independent voters should take advantage of our states’ new “open primary” system. In the 2018 primaries, independents voted at roughly half (24%) the rate of Democrats (46%) or Republicans (41%). The more independents who participate, the greater the incentive candidates have to avoid pandering to the base of their party.

Finally, reformers should continue to advance electoral changes that can increase competition, participation, and accountability in our politics. In 2018, Amendments Y and Z to end partisan gerrymandering in Colorado passed with overwhelming support (71%).

One reform that would immediately improve our politics is called Ranked Choice Voting — whereby voters have the option of ranking candidates according to their preference. This system would incentivize more civil elections, guarantee majority winners, and eliminate the “spoiler” effect that prevents may voters from supporting independent or third party candidates.

While independent candidates have not yet been able to translate voter alienation into electoral victories, the continued rise of independent voters reflects a fundamental dissatisfaction with the two-party system, zero-sum politics, and ideological extremism. The reform movement, like any other, must learn, adapt, and iterate upon its strategies to make an impact.

The 2018 midterms taught us many lessons — the most important of which is that our work must go on.

This piece originally appeared in ColoradoPolitics.