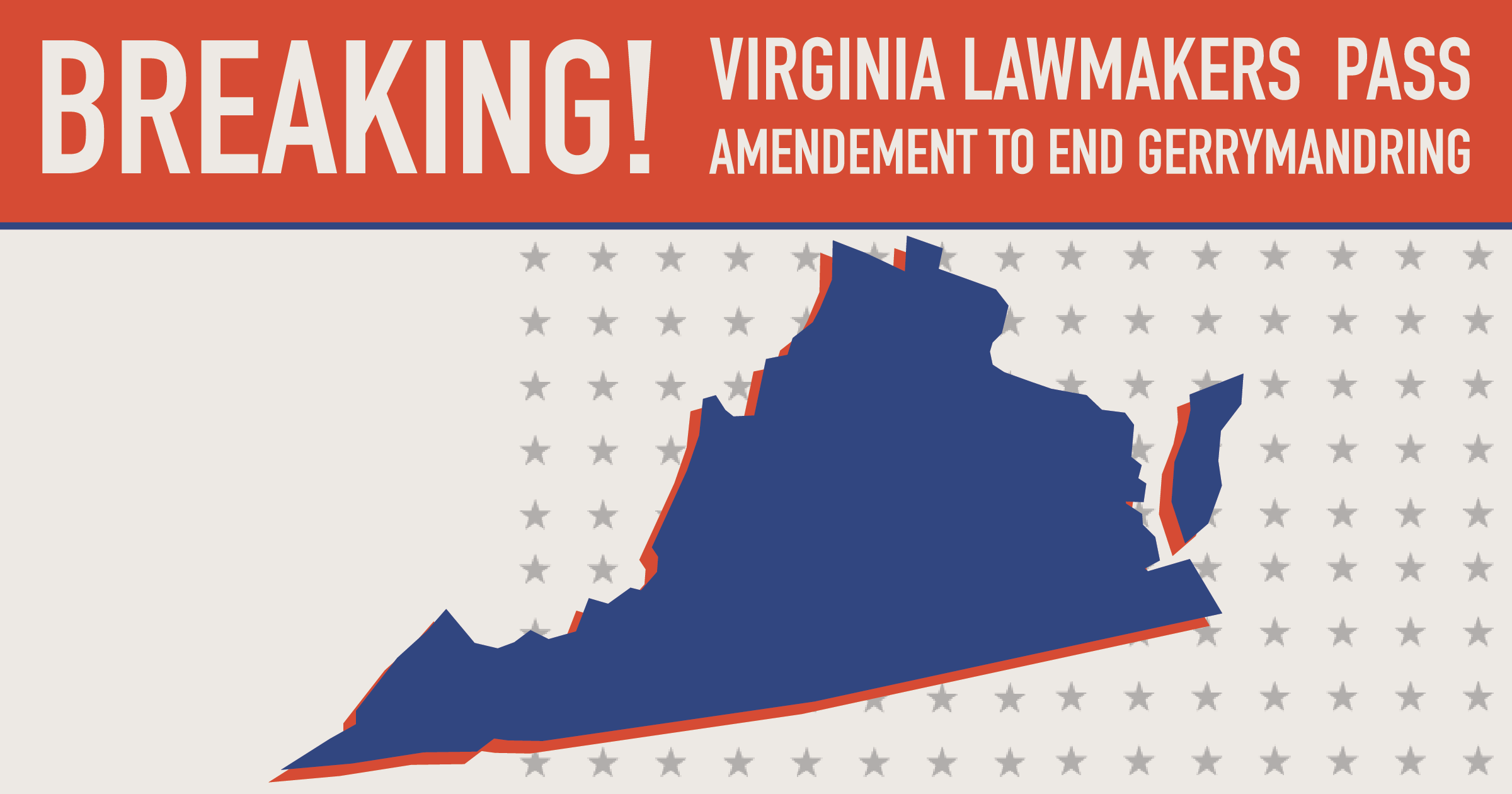 Something huge just happened in Virginia.

Late Friday afternoon, members of the Virginia House of Delegates advanced a constitutional amendment to establish a bipartisan redistricting commission in the commonwealth.

This is big. Now, the people of Virginia will have the chance to decide whether to adopt the amendment into their constitution in November.

Getting this amendment through the legislature was no small feat. It required a concerted effort from supporters and activists from around the state, tireless efforts from local good-governance groups, and the bipartisan support of 92 members of the Virginia General Assembly who voted in favor this year.

These legislators ensured that politicians aren’t drawing the maps to choose their own voters.

A special shout out to the Commonwealth Caucus and its co-chairs Delegate Suhas Subramanyam (D) and Senator Emmett Hanger (R), two of our Unity Candidates from Virginia, who both voted to support SJ-18!

There’s still a lot to do: Virginians will vote in November on the amendment, and we have to convince them to vote yes! Learn more about how you can get involved in the effort by visiting our partners at OneVirginia2021.

This is a huge first step in ending gerrymandering to put voters first!