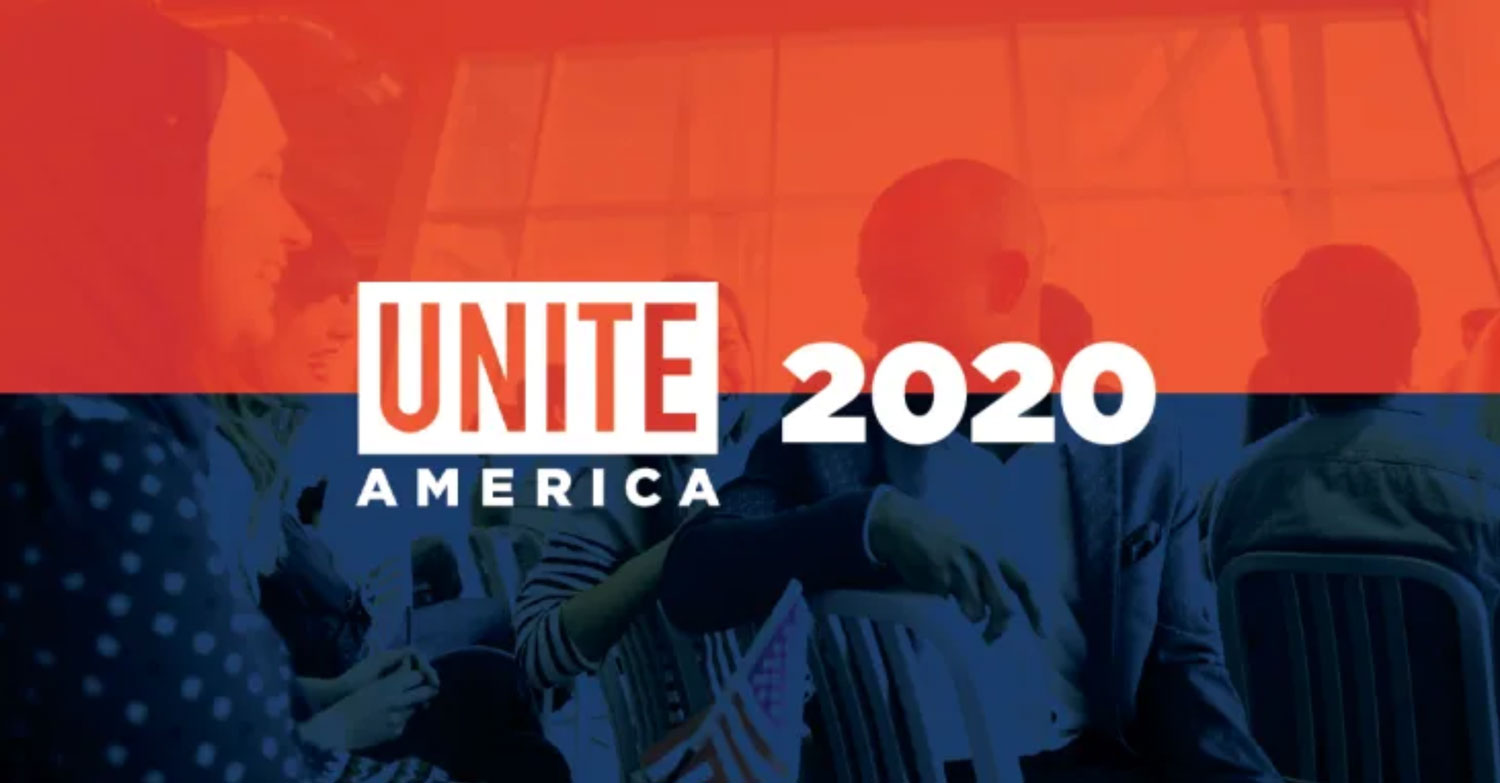 Unite America is excited to announce new plans for our journey ahead, new leaders on our board, and new talent on our team.

First, we are expanding our mission to accelerate and scale the democracy reform movement.

Today, there are over 130 organizations working to foster a more representative, functional, and accountable government through a variety of strategies –– including electing “Country Over Party” candidates, changing electoral rules, bridging cultural divides, and championing policy ideas.

While our movement is growing in size and building in momentum, we continue to operate in a disparate manner and sub-scale relative to the opportunities and obstacles we face.

Collectively, the democracy reform movement engages fewer than three million Americans and has an annual operating spend of less than $150M. If we are to reimagine and reform American democracy within the next decade, we must significantly grow our base of both grassroots and financial support.

To that end, Unite America will leverage the brand, network, and infrastructure we have built over the past six years to add more capacity and facilitate better coordination within the democracy reform movement at large, especially by increasing political philanthropy. For example, through a new investment fund, we will cultivate a national donor network and develop portfolios of reforms and candidates to advance a more cohesive, multi-cycle, and results-oriented strategy to achieving shared objectives within the movement at both the state and federal level.

Our approach is to add value where there are gaps and amplify what is already gaining traction. In particular, we are excited to work alongside several organizations, including the Bridge Alliance and the National Association of Nonpartisan Reformers, to complement their pioneering and existing work in providing services and support for our collective movement.

Second, we are excited to welcome Kathryn Murdoch as a co-chair of Unite America and Neal Simon to our board of directors.

We first met Kathryn Murdoch in December 2017, as she was beginning a year-long endeavor to learn about the reform movement, organizations within it, and opportunities to uniquely contribute. After producing a detailed landscape-analysis of the field, Kathryn laid out a vision for how an organized donor community and robust resource center could greatly accelerate the work being done by many reform organizations. Her vision was not only compelling to us, but complementary to our own – so we decided to join forces.

Kathryn Murdoch is co-founder and president of Quadrivium, which supports practical, evidence-based solutions for critical societal problems. Kathryn currently serves on the boards of the Climate Leadership Council and Climate Central. She is a founding board member of SciLine and co-chairs the Oceans and Communications committees as a trustee of the Environmental Defense Fund. Previously, she served on the advisory board of the Meta-Research Innovation Center at Stanford University and the Board of Trustees at Rockefeller University.

“A strong democracy is the foundation for progress on every issue that we care about,” said Kathryn Murdoch, in an announcement from Quadrivium. “I am thrilled to join an energized and talented community of individuals and organizations working to achieve a representative and accountable government. Together, we can foster the political environment, incentives and leadership to solve America’s toughest problems.”

We first met Neal Simon in June 2017 after a mutual friend gave him a copy of our founding book, the Centrist Manifesto, which led him to run for U.S. Senate as an independent in Maryland, and as one of five statewide candidates we endorsed in 2018. In the months after the election, Neal took time to become intimately familiar with the larger reform movement, believing as we do, in the power and potential of greater cohesion between the various efforts.

Neal Simon is a business executive, community leader, and political activist who in 2018 ran as an independent to represent Maryland in the U.S. Senate. Simon has led five businesses, including Highline Wealth Management which he started in 2002 and sold in 2015 and Bronfman Rothschild, an investment advisory firm with assets under management of over $6.5 billion where he currently serves as CEO. He currently serves as the Board Chair of the Greater Washington Community Foundation.

Third, we will continue our efforts of electing candidates and supporting leaders who put country over party – including independent-minded Democrats and Republicans.

To support this work, we are bringing new members onto our team: Andrew Crutchfield, Jason Grenn, and Toby McGrath.

While we will still support independent candidates in viable races, we will expand our electoral program to primary elections within both parties –– where we believe we can make the greatest impact in the short-term, on both a state and federal level. By focusing on “safe” seat primaries on both sides, our goal is not to influence which party controls government, but which voters and leaders control both parties.

Our ultimate goal is to help grow cross-partisan caucuses, such as No Labels’ Problem Solver Caucus on the federal level and Millennial Action Project’s Future Caucuses on state level, to advance both political reform and bipartisan policy-making. We will also establish new programs related to empowering, tracking, and rewarding bipartisan governance, particularly at the state level, and connecting lawmakers to each other and policy resources.

Since our inception in 2013, we have been working toward our vision of a government that represents all Americans and is able to address our country’s most pressing problems. Our strategy has evolved along the way, as we find the right balance between achieving an outcome that is both impactful and feasible.

Last cycle, we learned – as our forthcoming debrief report will describe in detail – that growing partisan polarization has likely shrunk rather than grown the opportunity in the political “center” for an alternative outside of both major parties. At the same time, we saw the desire for reform leading to a bipartisan coalition of legislators winning rules changes in Congress and nearly two dozen reform initiatives passing on the midterm ballot nationwide.

We spent four months since the 2018 election challenging our assumptions, considering new ideas, and exploring areas where we could add unique value within the reform movement. We are grateful to the input of our supporters, commitment of our board, generosity of our funders, and vision of our new leaders. We believe we are well-positioned to make a large and long-lasting impact on the improvement of our democracy and the strengthening of our country.

Questions/comments? Drop us a line at hello@uniteamerica.org.