What to do about a lie this big 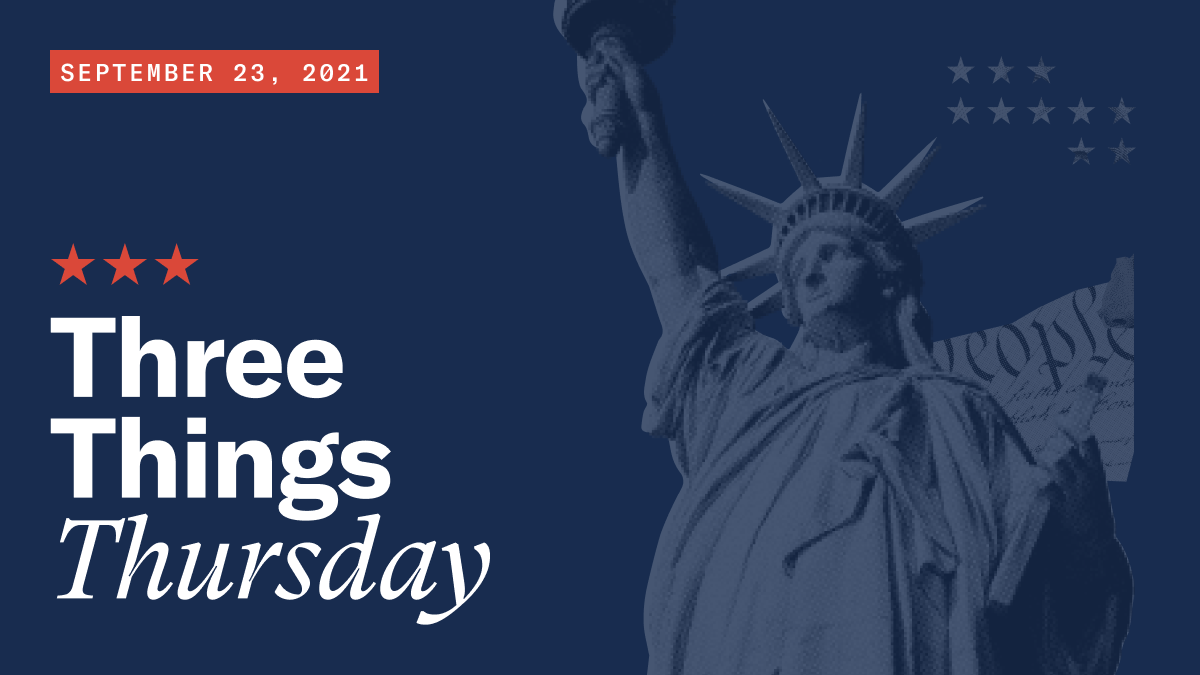 And while there is no basis to the conspiracy, the damage it’s doing to our elections, our election administrators, and the entire notion of a free and fair democracy is very real.

How do we fight back on a lie this big? One that’s the result of increased polarization fueled by our broken politics and an electoral system in need of reform?We engage, we advocate, and we work to make sure that voters are put first.

Republican Representative Anthony Gonzalez (OH-16) announced this week that he would not be seeking reelection in 2022. Gonzalez, who was one of 10 House Republicans to vote for impeachment after the January 6th insurrection, has faced significant pushback from within his own party as a result of his vote. In Gonzalez’s announcement, he cited the “toxic dynamics inside [his] own party” as a factor in his decision.

Increasingly, allegiance to party has begun to mean more than allegiance to voters. Voters aren’t able to hold lawmakers accountable — because only 10% of them are electing 83% of Congress. In other words: our party primary system encourages electeds to represent a small but vocal minority of primary voters rather than their constituents at large, meaning that when brave representatives like Gonzalez put party over country, they are shouted down and pushed out in favor of candidates pandering to a more extreme sliver of their constituents. To protect our democracy, we must reform our primary election system.

September promised to be a busy month for Congress, and so far, it has not disappointed: in the midst of debating key budget and infrastructure bills, Congress is also in the middle of intense debate over the future of federal voting rights legislation. The Freedom to Vote Act is the latest Democrat-produced bill, successor to For the People Act, and importantly reflects a new consensus of their party — a compromise among Democrats.

In a blog, our friends at Bipartisan Policy Center break down what’s changed between the bills — what’s in, and what’s out — as well as what they believe will critically need to change in order to secure bipartisan support of voting legislation. The new bill includes protections for election workers, scales back certain campaign finance issues, among other things, but comes short of what many Republicans’ would like to see on voter ID and list maintenance, for example. Check out the full blog here.

Across the country, states are working to draw new legislative maps as part of their redistricting duties following the census last year. RepresentUs, in partnership with the Princeton Gerrymandering Project, have released an update to their incredible threat index report, highlighting the differences between the heavy gerrymandering happening in Ohio and nonpartisan commission leading the way in Colorado.

To be clear — gerrymandering is happening across the country, regardless of which party is charge. In the latest maps approved by the Ohio redistricting authority, Republicans have clearly gerrymandered themselves into an advantage. Though as the report notes, similar trends are emerging in the Democrat controlled New York and Illinois. Meanwhile, in Colorado, where an independent redistricting commission is drawing the maps, the latest maps released have received A’s across the board. These maps don’t simply represent Republican or Democrat leadership in Congress or in state capitols — they represent the ability of voters to have their voices heard and their intentions known. Gerrymandering takes the power away from voters and hands it over to self-interested politicians. If you’re not following your state’s redistricting process, you need to be. Sign up for updates with the Princeton Gerrymandering Project to stay in the know.