The Primary Problem in action 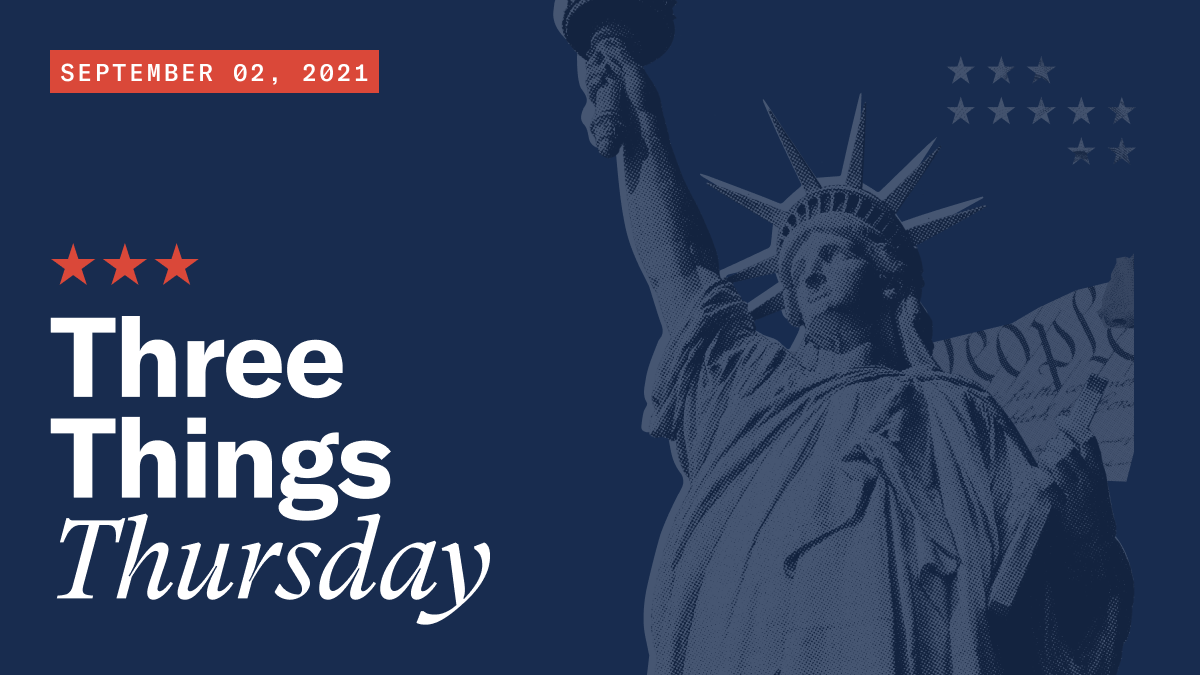 It’s the first Three Things of what’s certain to be a busy September.

Over the course of September, Congress is set to debate the For the People Act, the John Lewis Voting Rights Act, consider raising the debt ceiling, pass a reconciliation bill, and debate the Senate bipartisan infrastructure bill.

For a body known for its dysfunction, it’s certain to be divisive — and difficult.

Thanks to the hard work of advocates right now, reform promises solutions to make legislating more productive and less combative.

Texas took a step backwards this week, passing some of the most restrictive voting laws in the nation.The bill includes hefty penalties — both legal and civil — for election administrators, unprecedented legal protections for partisan poll watchers to access almost any part of polling places, and significant rollbacks on the state’s fledgling absentee and drive thru voting systems. With the passage of the bill, Texas cements its status as one of the most difficult states to cast a ballot.

It’s a major step backwards for voters and activists — but it’s by no means the end of the fight. Our friends and partners are continuing to fight to put voters first, and to make voting safe, secure, and accessible. You can join them. Contact your state representatives and tell them to put voters first.

Representative Adam Kinzinger (R) of Illinois may be in the fight of his political life ahead of next year’s midterms. As a Republican in a blue state, not only does he face the significant risk of being gerrymandered out of office by the Democratic legislature, but since voting for impeachment earlier this year, Kinzinger has been the target of his own party’s ire, attracting primary challengers trying to take him out of office.

It’s a tragic example of the primary problem in action. Kinzinger is facing fire from both sides despite his best efforts to put country over party and serve his constituents. The political system will punish Kinzinger, rather than reward him.

It’s hard to underplay the level of chaos that occurred on January 6th, 2021. While Congress sat counting the electoral votes, a violent mob was encroaching on the chamber, determined to stop the vote. But for the bravery and clear-mindedness of the majority of legislators, staffers, and the vice president of the United States, January 6th could have spelled the death of our democracy.

Now, the National Task Force on Election Crises is sounding the alarm on how to prevent another January 6th insurrection — and it starts by modernizing the Electoral Count Act of 1887. If January 6th proved anything, it’s that the fate of our democracy needs more protection than even the members of Congress can provide. Updating the ECA to be more specific and to allow for less leniency for member preference are simple steps that ensure that it’s our vote — not politically motivated politicians — that determine the winner of the presidential election.