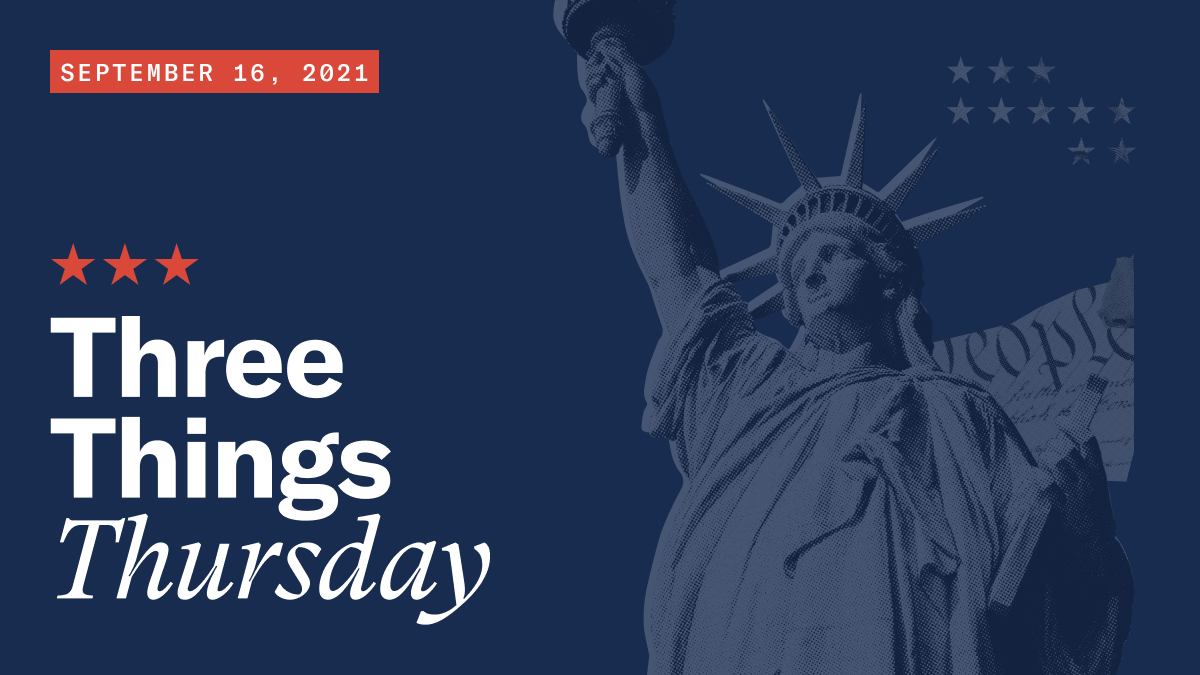 Tomorrow marks the 234th anniversary of the signing of the US Constitution — making it the oldest living constitution in human history.

While the state of the American experiment is currently tenuous, the Constitution remains a saving grace for our Republic. In outlining the systems and tenets of our government, the Founders were painstaking in enshrining the right of future and current Americans to adapt, adjust, and tinker with the levers of our democracy to ensure its promise.

It’s why we as reformers can—and must—work the way we do, state by state, reform by reform, giving every American the opportunity to weigh in on how we  elect our leaders. We are tasked with refining how to ensure that in our democracy, voters — not parties or special interests — come first. In doing so, we can actually change the way elected representatives operate and fix our broken politics.

And it’s thanks to the Constitution. [Article 1, Section 4, shout out!]

Here are three things to think about:

A new poll released by CNN this week shows the percentage of Americans who believe our democracy is in danger. A full 56% of Americans believe democracy in the US is under attack, with 75% of Republicans agreeing with that sentence, and 46% of Democrats.

The numbers are both bolstering and troubling: on the one hand, a growing number of Americans seem to understand that the health of our democracy is not something we can take for granted; at the same time, there is a stark partisan divide in respondents’ understanding of who and what is driving the attack. The good news is that nonpartisan reform offers a solution — allowing citizens to engage with their democracy in a new way, rebuilding trust in the institutions while promoting healthier forms of competition.

If there was ever an alarm — a wakeup call alerting Americans to the fragility and vulnerability of our democracy — January 6th was it. Rioters storming the capitol, armed, violent, and seeking to stop the certification of election results. Our democracy was seriously and critically threatened on January 6th, and it’s vital that we as Americans don’t forget.

So this week, I invite you all to read the New York Time’s interviews with some of the individuals who were on the ground that day. Americans must reflect on what happened in January, and we need to use those reflections to help us take the next step forward in repairing our political system.

I’ll leave you with this reminder: in the 234 years since our Constitution was adopted, Americans have repeatedly come together, united, to create a more perfect union. When our political system has been hacked, and used by few for their own personal gain, it’s been voters who have stopped it — reforming our elections to ensure that voters come first.

During the Progressive Era of the 19th century, a time that was seeped in corruption, dysfunction, and inequality, reformers led the way in adopting a host of political reforms. These reforms happened state by state at first — then suddenly all at once. We’re on the edge of something special right now. Our political system may be broken, but we can fix it once again. Check out our video here.