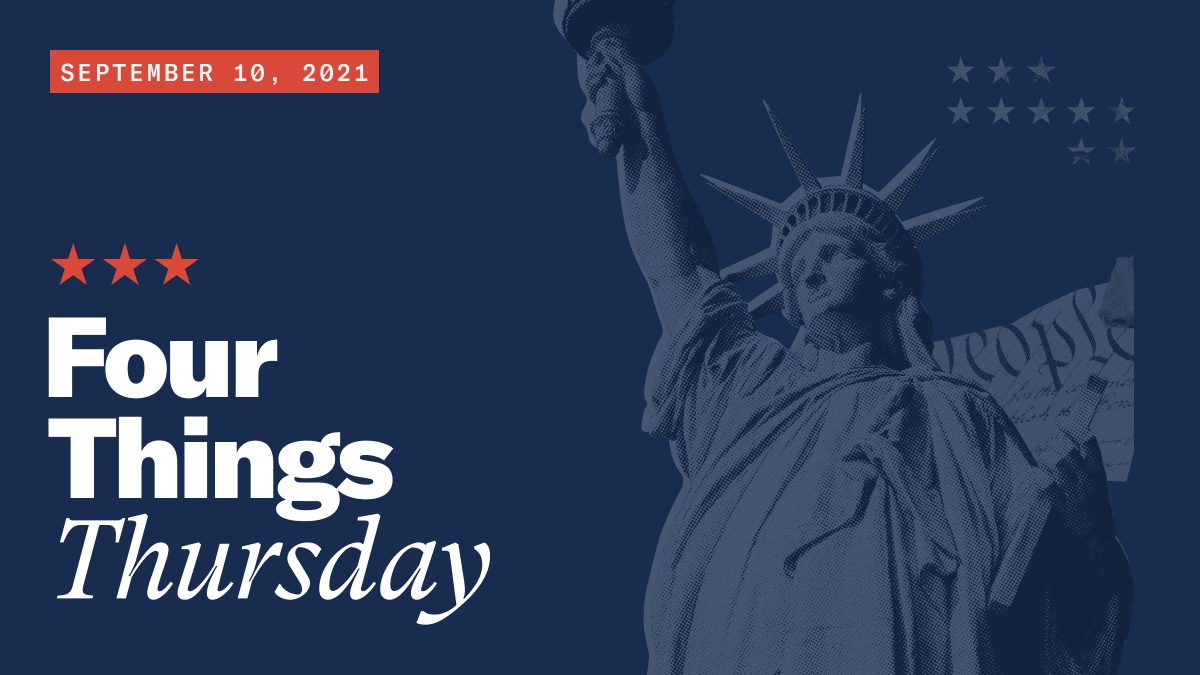 After a restful Labor Day weekend, we’re easing back into the work week with a Four Things Friday.

Of course, for Congress, things are just heating up. Over the course of this month, we’re likely to see elected officials forced to make a choice between putting political party first versus doing what’s best for their country and constituency.

It shouldn’t be a hard choice, and yet it is — because 86% of Congress answers to just 10% of the electorate in party primaries (a narrow slice of voters in their districts that don’t necessarily represent the majority). If we want our elected representatives to put country over party, we need to start by fixing the broken electoral incentives that guide them.

With a paltry approval rating of just 28%, we’d expect members of Congress to face a tougher challenge in their reelection campaigns. Yet they don’t. Time and time again, incumbents are rewarded for fundamentally bad performances. As Maryland business leader Drew Greenblatt points out, in any other industry this wouldn’t fly.

And yet our political system continues to reward bad performance instead of incentivizing collaboration. To change our political process, we can start by changing the primary election system — moving from closed to open primaries, so all voters are enfranchised, and adopting ranked choice voting to give voters more choice, voice, and freedom with their vote. With basic primary reform, Maryland (and other states!) can put voters first.

Tuesday marks a major election day in one of the largest states in the Union. California will be holding a recall election to determine whether they want to keep their current governor Gavin Newsom. But with a two-question ballot and over 40 candidates on the ballot, the risk that the recall produces an unrepresentative outcome is high.

September is a major month for the redistricting process; across the country, state legislatures, independent and bipartisan redistricting commissions, and advisors are drawing maps to determine the future of the state’s representation. Yet too often, this key determinant of our representation is in the hands of politically motivated individuals who seek to draw self-serving maps, thereby allowing politicians to choose their voters.

This week, the editorial board at Bloomberg emphasizes why fair mapmaking processes are key to ensuring the enfranchisement of Americans across the country. For too long, redistricting has been a backburner issue for both Republicans and Democrats. Now is the time to make it a priority.

Finally, if America were liberated from a strictly two-party system what might more of the parties look like? And which would you belong to? Lucky for you, our friend and advisor Lee Drutman has created a quiz with the New York Times to help you figure it out.

Within the two “big-tent” parties, there is a wide array of policy differentiation; the problem is that our current system doesn’t represent that differentiation. Through election reform — like eliminating partisan primaries, eliminating partisan gerrymandering, and utilizing reforms like vote at home and ranked choice voting — we can create a system that represents all of us.