Once in a purple moon... 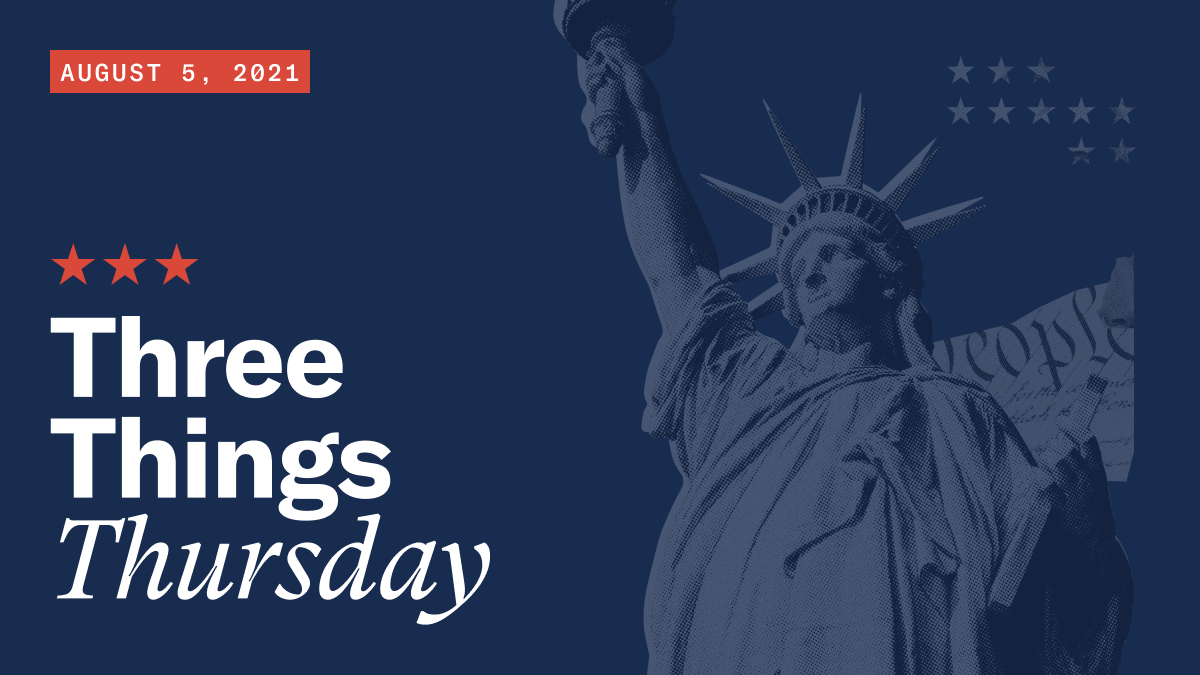 Something unusual is happening in Washington, DC. No, it’s not a plague of cicadas — though it feels just as shocking.

A landmark infrastructure bill is making its way through the Senate, and it’s bipartisan; Republicans and Democrats coming together to compromise and achieve something on behalf of the American people.

This week, a look at some of the reasons why it’s rare, and some of the solutions to fix it. Check it out:

It’s a question that’s often posed in the pages of this email newsletter: how is it possible that our system has become so unrepresentative? As MSNBC’s Chuck Todd answers this week, the answer may lie in the size and strength of our political parties — which simultaneously crush competition while being too ineffective to get anything done.

The future may lie in a multiparty system. Todd writes, “If we condition politicians and the public to think that power requires creating coalitions (which a four-party system would likely institutionalize), then lo and behold, once in power, these folks would realize they have to create coalitions to pass legislation.” Read more here.

In Ohio’s special election Tuesday, Trump-endorsed Mike Carey won the Republican primary for the 15th Congressional District. In an 11-way primary, Carey emerged with a plurality of support — 37%. In a race where just 8.5% of voters in the district cast ballot, Carey’s 37% support actually represents just 3% of all voters in his district.

This is the Primary Problem. A small minority of voters have an outsized say in who represents their district. (For the record, it wasn’t much better on the Democrat side. In Ohio 11, Shontel Brown won 50.2% support, a figure that represents just 7% of her district). How do we solve the Primary Problem? Nonpartisan primaries + ranked choice voting. Learn more here.

The next chapter of the voters first movement is coming at us fast, and we’re growing to keep pace. We have three open positions on our team, across three different departments. We might just be looking for you (or someone you know!)

If you are passionate about finding solutions to the problems facing our political system and our country, we encourage you to apply. We’re a dynamic team of passionate reformers, and we’d love to have you. Apply today!