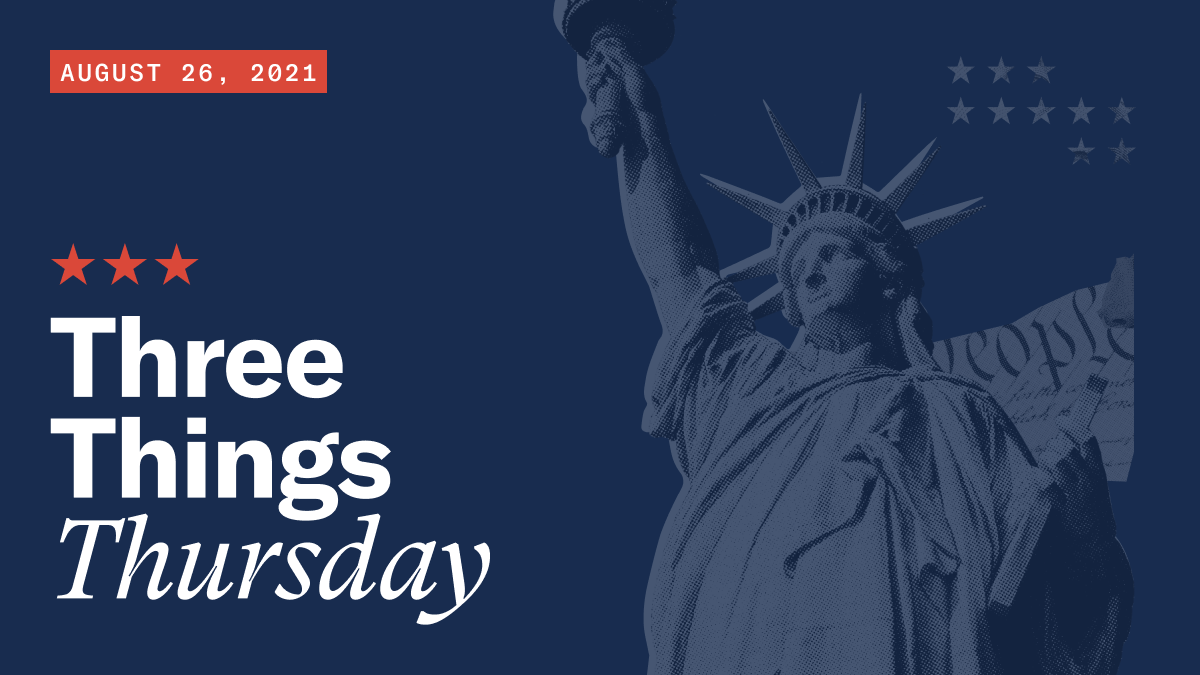 Summer may be fast winding down, but the season of reform is still very much upon us. Across the country, we see the need for nonpartisan political reform that repairs our broken system and puts voters first.

Whether it’s gerrymandering in Illinois, a funky recall process in California, or corrupt candidates in Florida, the American political system is in desperate need for reform. Luckily, you’re here, we’re here — between all of us there’s a lot we can accomplish.

The largest state in the union is amidst a tight and controversial recall election, as voters weigh whether to keep Governor Gavin Newsom in power. Recalls in California are a two step process — first, voters must answer yes or no to whether they want to recall the governor. Then they must answer a second question which asks who they’d like to replace him with.

Right now there are a shocking 46 candidates running to replace Newsom, and polls are showing a tight split between voters who want to keep him in office and those who want him out — meaning it’s very possible that Newsom is ousted, and his replacement is voted in with just a fraction of support from the general electorate. Of course, there is a solution. Ranked choice voting would ensure that the candidate selected to replace Newsom actually has a majority of support. From Sam Mar: California’s Crazy Recall is Another Case Study for Election Reform.

The types of complaints coming out of Colorado and Virginia about the redistricting processes are a good sign as politicians adapt to a new system of drawing maps. In both states, politicians are complaining that because of redistricting, they may not be guaranteed easy reelection. Voters, for once, are coming first.

In the Denver Post, Terrance Carroll, our Colorado State Director and former speaker of the house in the Centennial State, explains it to his colleagues: Yes, this is how a fair redistricting process is supposed to feel to incumbents. Instead of carving up voters in easy-to-win seats, the independent redistricting commission in Colorado (and the bipartisan commission in Virginia) are prioritizing communities, and working to ensure competitiveness. It’s not going to feel easy for politicians — but it will be fair to voters.

As New York City releases its final cast ballot record from the city’s first use of ranked choice voting in their primary in June, there’s a lot of data to be sifted through and conclusions that can (and will) be drawn. Here’s the one that you should know: overwhelmingly, voters understood the system and used it.

On our blog this week, Beth Hladick, Unite America’s Policy Manager, breaks down the takeaways from the election, including the fact that over 87% of New Yorkers ranked candidates in the mayoral race. Despite hiccups on the part of the board of elections, the election itself was a success, providing New Yorkers with more representative outcomes and a less vitriolic campaign cycle.