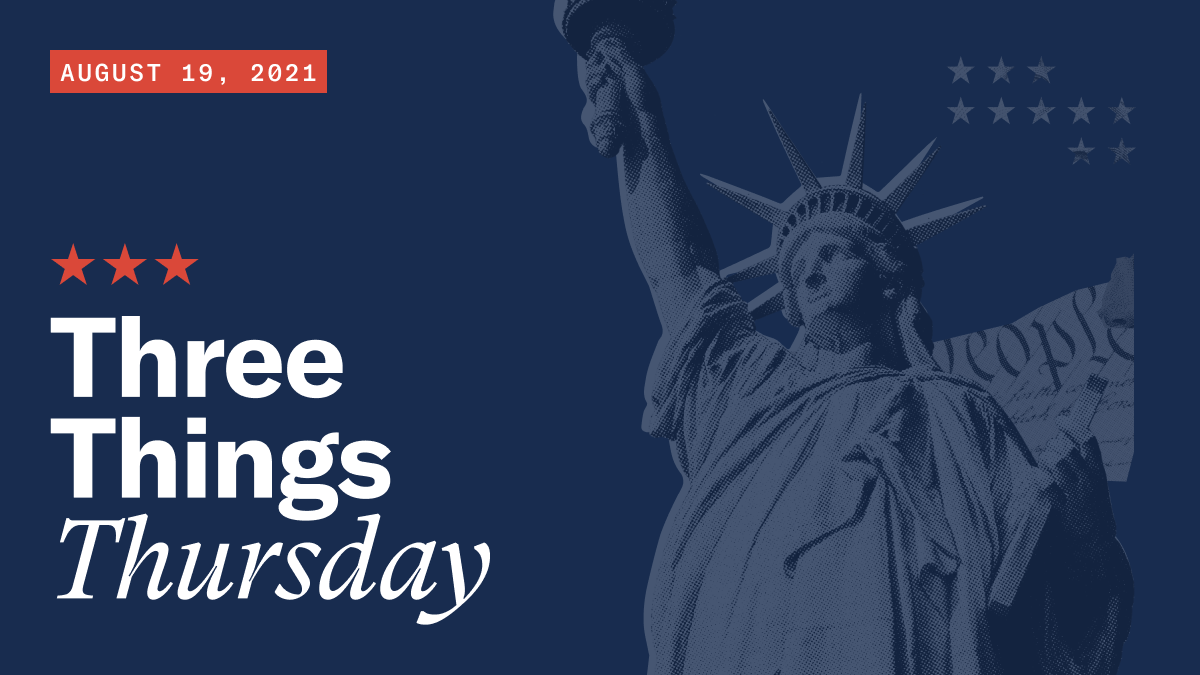 The images coming out of Afghanistan this week are heartbreaking. As the US makes a swift and bumpy exit from the region, ending an almost 20 year conflict, the human toll of the departure is undeniable.

Of course, despite the complexity of foreign policy, geo-politics, and a 20-year armed conflict, the partisan finger pointing over who’s to blame has continued with harsh relentlessness. From politicians to the press corps, everyone is eager to blame each other for the debacle.

Too often, political affiliation replaces context in complicated and nuanced circumstances. Issues are boiled down to a simple blue or red divide, leaving an entire spectrum of ideas off to the side.

Let’s put some context back into the debate. Here are three things to think about this week:

What is it that makes America’s political parties so dysfunctional? In an in-depth conversation with two experts — Unite America Executive Director Nick Troiano and advisor Lee Drutman — Meet the Press’s Chuck Todd sits down to discuss.

As the fallout from the Big Lie continues to seep into our political dialogue, we need to take a closer look at some of the very real impacts. Election officials — individuals responsible for running the mechanics of our elections — have become the targets of right-wing conspiracy theorists who are attempting to intimidate their way into victory.

The people running your elections aren’t strangers — these are your neighbors. These are dedicated professionals who are overwhelmingly committed to ensuring that your voice and your vote is heard. The freedom of our democracy depends on these people feeling safe in dutifully fulfilling their roles as impartial arbiters of our elections. These threats and these lies must stop.

Unite America is centered around seven core values that help to describe ourselves, our work, and our organization. When faced with a crossroads, we ask ourselves: what’s most in-line with our values? From putting voters first, to being pragmatic idealists, to expecting excellence in everything we do, our values are at the core of who we are as an organization and as a team.

We’re proud of our values, and proud that each day we strive to live up to our values. If you value our values we want you to come work with us. We’ve got four positions open including Senior Communications Director, Executive Assistant, Program Associate, and Graphic Designer. With competitive pay, benefits, and unlimited paid time off, Unite America is a great place to work. (Trust me!) Check out our values, and apply today or forward to your network!