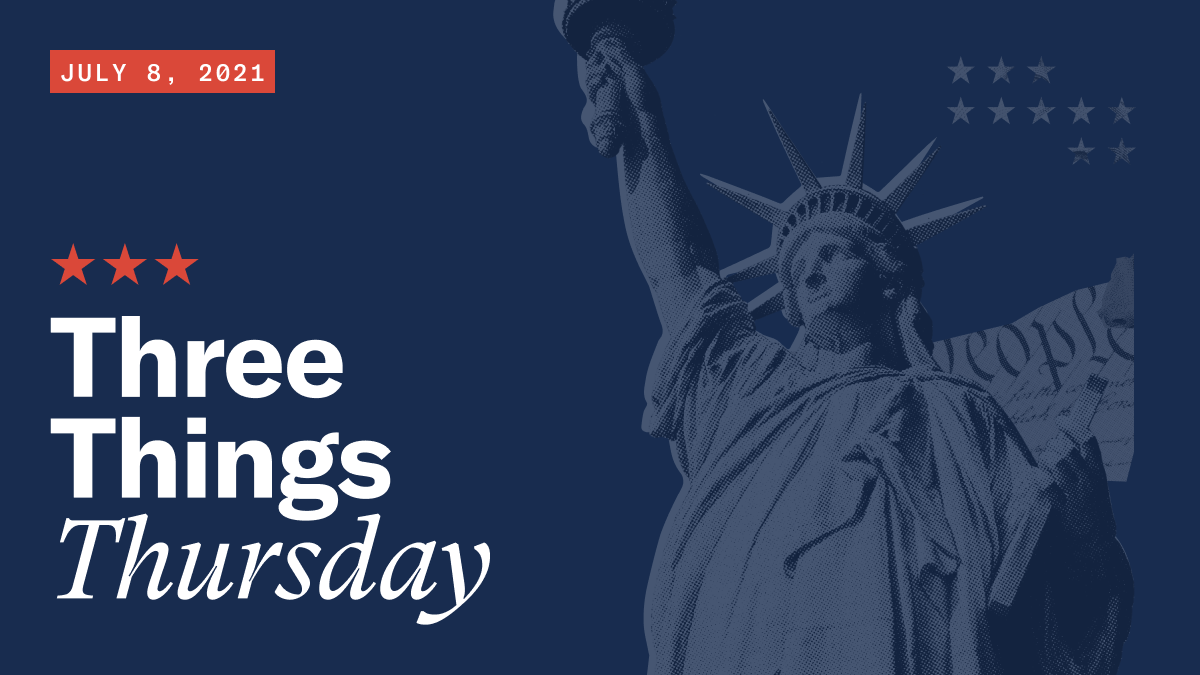 It feels like the start of a new season at Unite America. We’re fresh off of our long-awaited team gathering, legislative sessions are wrapped up, and millions of Americans have had a chance to witness the voter-empowering potential an instant runoff election can provide.

We’re ready to kick-start the summer with new ideas and renewed energy.

Speaking of new ideas, check out this op-ed from our friend Amber McReynolds of the National Vote at Home Institute. After lengthy state legislative sessions in which voter access came under attack in many states, McReynolds offers a handful of nonpartisan policy suggestions that can improve the ease of voting while maintaining election security.

Politicians may debate the efficacy of same-day registration or ballot harvesting, but as McReynolds points out, unless our election offices are adequately funded, neither those who advocate for security nor those who push for access will be happy. By mixing common sense with smart policy making, we can put voters first.

While the violent rioters that stormed the capitol are certainly the most indelible aspect of the events of January 6th, they were far from the most critical players in ensuring that our democracy maintained its course. Vice President Mike Pence’s confirmation of the validity of the Electoral College is what actually stood between our democracy and demise.

This week, check out Kevin Kosar’s blog about why reforming the Electoral Count Act is a small, but key step to reaffirming our nation’s commitment to democracy, by taking this critical power out of the hands of one person. Kosar writes, “Our entire constitutional system is designed with the understanding that men, as James Madison put it, are not angels.”

We often think about gerrymandering as benefiting one party at the disadvantage of the other. But the reality is more nuanced than that: when maps are gerrymandered, more often than not, the real losers are the voters in the middle, whose voices are drowned out by a minority of voters whose politics are more extreme. (#PrimaryProblem!)

In the Washington Times Herald, Michael Leppert writes about how gerrymandering hurts moderate voters, and discusses reforms that can improve their representation.