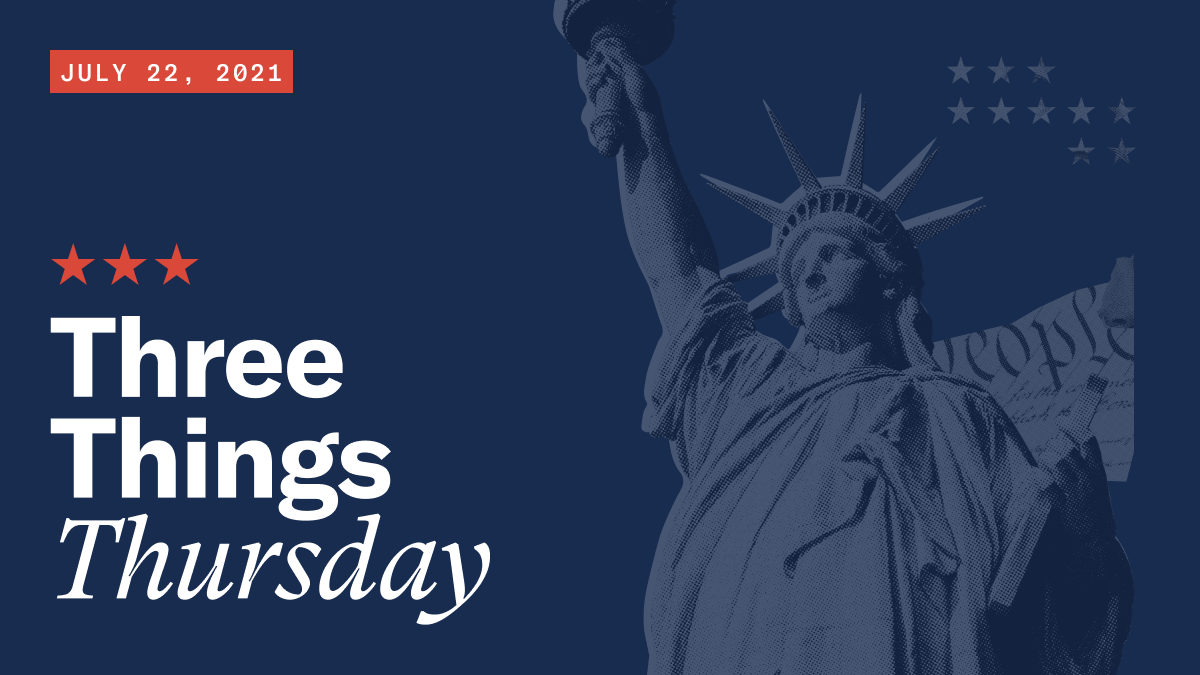 If you’re like me, you were probably watching the Milwaukee Bucks face off against the Phoenix Suns on Tuesday for the series-deciding Game Six of the NBA finals.

Unlike me, however, your mind was probably entirely engrossed in the basketball game, watching Devin Booker take on Giannis Antetokounmpo. Meanwhile, I was, of course, thinking about what the showdown meant in the vein of democracy reform.

On the one hand, you have Phoenix, Arizona, which has been at the center of a lengthy (and error-riddled) audit of their elections. On the other hand, you have Milwaukee, Wisconsin where bipartisan legislation to establish Final-Five voting has been advancing steadily through the legislature.

I knew who I wanted to win from a fan-perspective. But as a reformer? It made me rethink some things.

Here are three things this week:

Arizona is one of the handful of states whose voting system has been attacked by politicians motivated to put party over voters. Luckily for the people of the Copper State, Unite Arizona, a project of Unite America, has been working tirelessly in the legislature to defend their rights.

This week, Arizona State Director Luis Acosta-Herrera writes about what Unite Arizona accomplished this session, relentlessly fighting back bad bills that would have weakened Arizona’s elections, while promoting bills that thoughtfully and pragmatically put voters first. Check out the full piece here.

Finally, a report by New America’s Lee Drutman unpacks everything we know about primary elections so far, synthesizing dozens of findings into a single conclusive report that analyzes primaries and our assumptions about primary reforms. On the blog, we break down Drutman’s 80-page report. What you need to know: the report finds strong evidence that primaries are a problem fueling dysfunction in our political system, but is less conclusive on how reforms will impact it.

The good news: reforms like Alaska’s Final-Four voting have promise. While they haven’t been implemented enough to drive clear conclusions, Drutman finds promise in their potential. Check out the full blog (and also refresh yourself on the Primary Problem while you’re at it!)