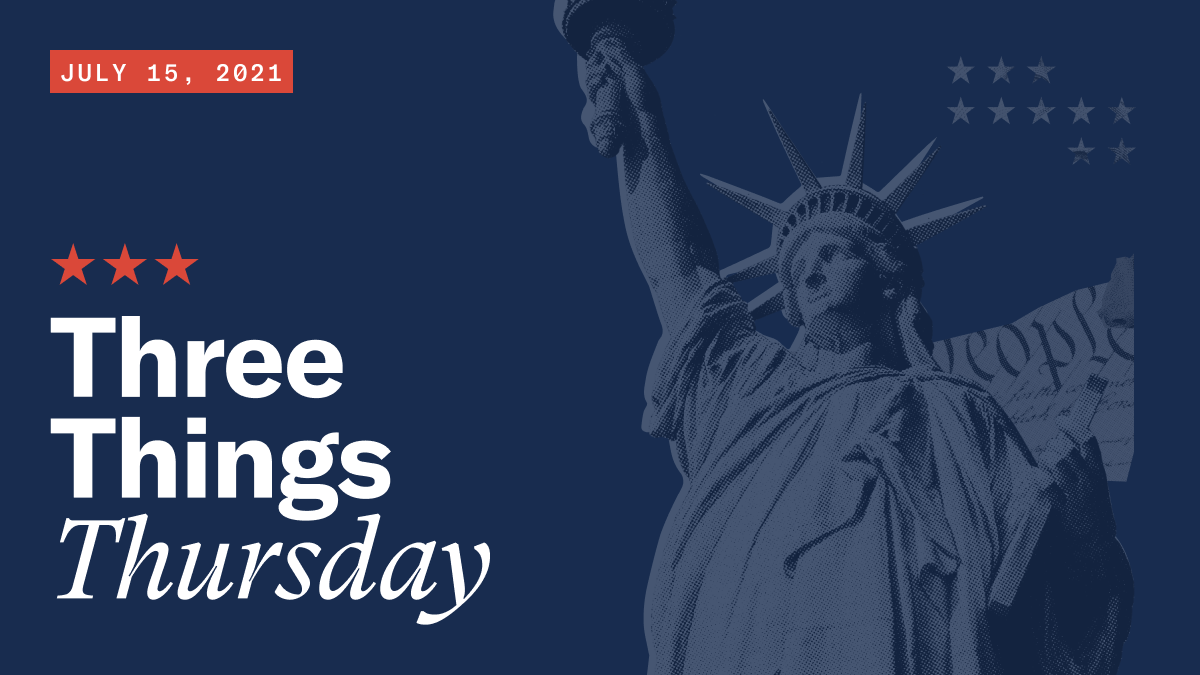 It was MLB All-Star Week here in Denver! As someone who doesn’t avidly follow baseball, I personally couldn’t tell you what All-Star week means or who won what, but I do know that the All-Star game came to Colorado because of our stellar voting rights record.

Through Colorado’s vote at home system, we have among the highest turnout in the country — while also having one of the most secure election systems.

The all stars might be on the field, but the real stars are still hard at work to make our elections better. Here are three things to think about this week:

The Texas legislature has been in the news quite frequently over the last week, as a showdown between Republicans and Democrats in the legislature reaches a fever pitch. Voting rights are at the center of the conflict, but driving the conflict? The Primary Problem.

This week, Texas Public Radio breaks down the Primary Problem in Texas, where very few voters are turning out in the primaries that, more often than not, determine who will win the general election. Boosting turnout may solve part of the problem, but an even bigger boost: taking Texas’s open primary system to a nonpartisan one.

As Alaska voters prepare to vote for the first time using ranked choice voting, taking a lesson or two from New York City’s (admittedly) somewhat messy rollout could offer The Last Frontier solutions. Fundamentally, New York City voters enjoyed the experience of using ranked choice voting in the recent June election, reporting that they felt comfortable with the system and confident that they knew how to use it.

As Alaskans prepare for what is gearing up to be a critical US Senate election, the Anchorage Daily News reflects the importance of voters, election administrators, and poll workers being prepared and read-up on the new system. They write: “New York City’s ranked-choice election was a success; so was Maine’s last fall. Alaska’s can be, too — we just have to make sure to do our homework between now and November 2022.”

Across the country, legislators are preparing to utilize the new census data to draw maps for legislative redistricting (or gerrymandering, as it’s also known). Some states, however, like Colorado have adopted independent redistricting commissions to draw the maps instead, taking the power out of the hands of self-interested politicians and putting it back in the hands of the people.

This week, the Colorado Sun gave us an idea of how important that is — that people draw the maps instead of politicians. In interviews with Democrats (who now control the chamber, and therefore would have had a chance at drawing the maps) they expressed disappointment and frustration that they were unable to gerrymander this year.

It’s a stark reminder: the ability for people to fairly choose their elected officials is a vital component of our political system — and it’s corrupted when elected officials are allowed to gerrymander. We must continue to demand better and different from those in power to make sure that our voices are heard and why we’re so grateful you’re a part of this work with Unite America.