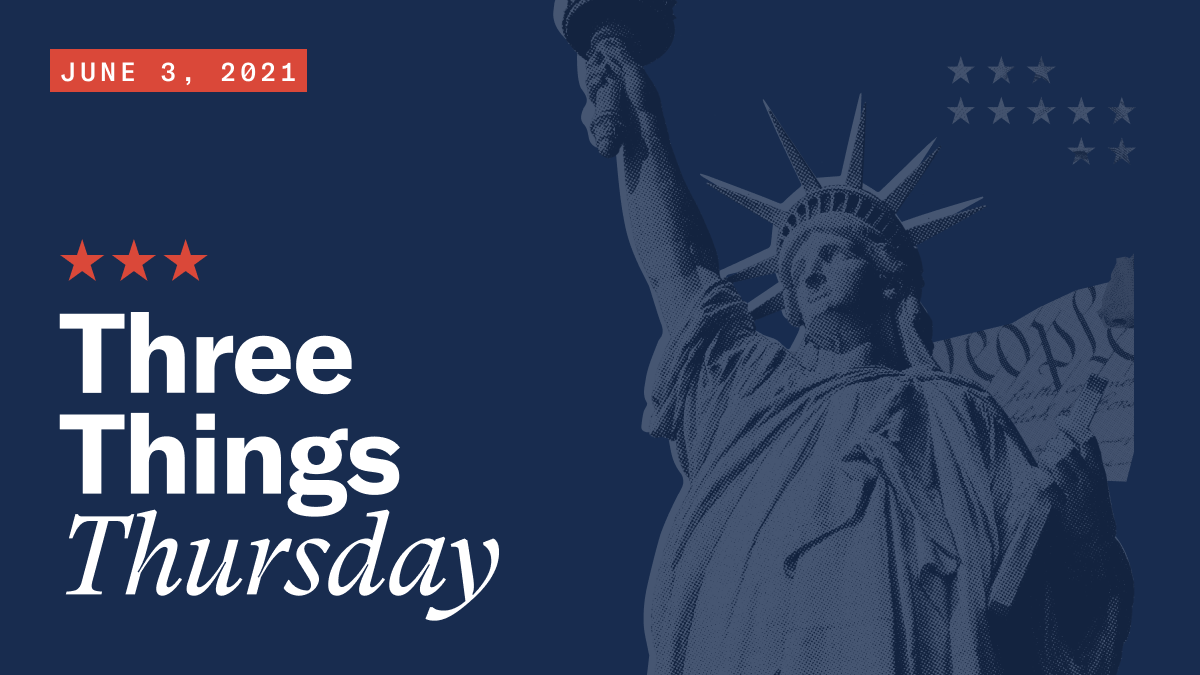 On Friday, just before many Americans headed out for the long weekend, the US Senate failed to pass legislation that would have created a commission to investigate the events of the January 6th insurrection.

It’s bitterly ironic: ahead of a national holiday designed to commemorate and honor those who died protecting our democracy, our Senators could not be bothered to do their part to protect our democracy.

The fear of primary voters' outsized influence on reelection is pushing our elected officials to put party over country.

Luckily, the reforms that Unite America and our partners are advocating forcan push lawmakers in the right direction. Here are three things to think about this week:

More Americans than ever are registering as unaffiliated or independent voters, yet in many states, these voters are barred from participating in the election that actually matters--the primary election that determines over 80% of Congress. This is part of what we at Unite America call the Primary Problem — a small number of primary voters have an outsized influence on our election system, and it’s pulling us to polarized extremes. This week, Alan Novak and TJ Rooney, former chairs of Republican and Democratic Parties of Pennsylvania, respectively, argue that the disenfranchisement of independent voters is one of the driving causes of dysfunction in our political system.

“Including independents in the primary process is critical for the health of both parties,” they argue. “Open primaries would allow candidates to focus on a broader electorate in the primary, making them less ideological exercises. Parties could, once again, develop platforms that invite more voters into the parties. We believe it will sharpen the candidates and the parties and make them more effective representatives of the American people.”

Like I said above: more Americans than ever are registering as unaffiliated or independent voters. It’s not just new voters — long time party members are dropping out of the two-party system, as they’re left to feel politically homeless, and as a result, powerless.

This week, Deseret News profiles a few faces of the politically homeless, from an academic perspective, interviewing a few of our friends in the process. While Unite America advisor Lee Drutman and board member Katherine Gehl argue that rebuilding the system is a major part of ensuring better representation for voters, Americans also have to begin investing less of their political identities in political parties. Check out the full piece here.

Much like open and nonpartisan primaries, ranked choice voting offers another solution to ensuring that voters have their voices heard in our election — and rewards elected officials for listening to their constituents. This week, Representative Jamaal Bowman and Jumaane D. Williams argue why ranked choice voting will empower voters in New York City as the city becomes the largest expansion of the reform ever.

“If we currently have politics rooted in division, ranked choice voting will help to foster politics of addition,” they write. “This puts voters in charge. They can vote for the candidate they want to see win, without fear that will help elect the candidate they like least, regardless of where their top pick stands in the polls.”