How do you build a movement? 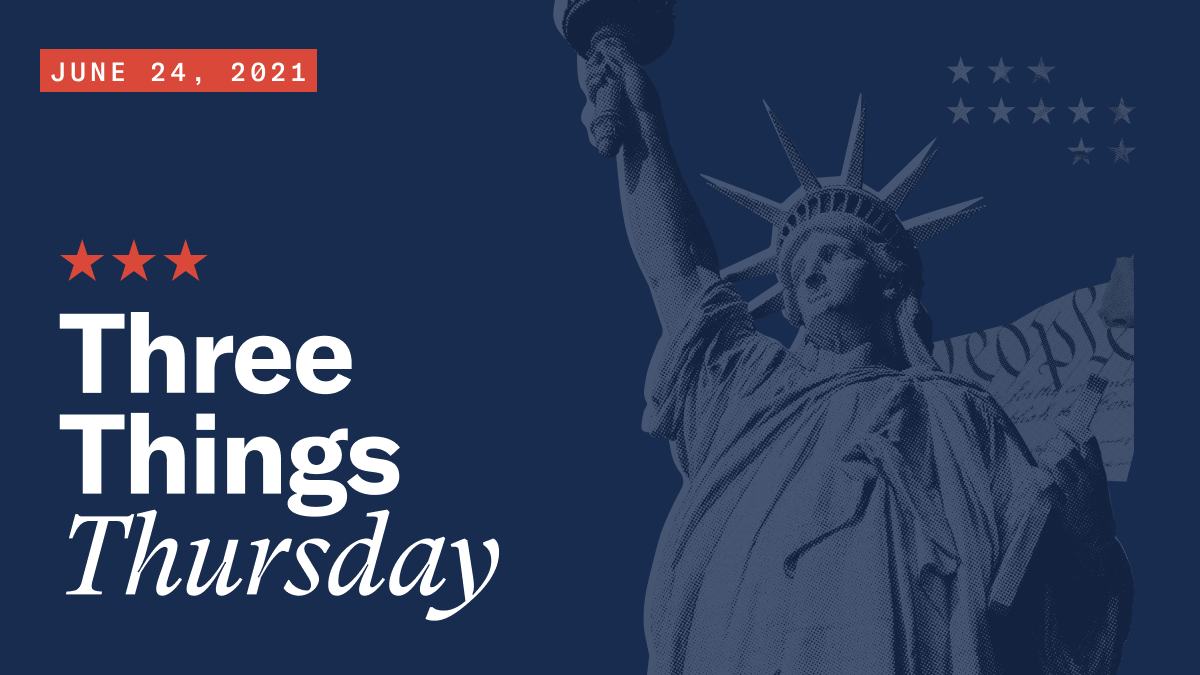 At Unite America, the question we ask most is: “How do we build the movement?”

Our movement is one of individuals who are fed up, lawmakers who actually want to put country over party, and nonpartisan organizations and activists working to build a more representative and functional government that puts voters first. We look to other successful movements — the Political Reform Era of the early twentieth century that reshaped politics in the public interest, or the marriage equality movement (Happy Pride!) that proved there’s more that unites us than divides — and ask ourselves how we can replicate their energy, momentum, and success.

What happened on Tuesday represents a major win for the voters first movement — one exciting example of how this coalition’s advocacy and efforts are taking the ‘voters first’ movement to the next level.

But more on that below. Here are three things for this week.

New Yorkers headed to the polls Tuesday for the first city-wide use of ranked choice voting, and the country’s largest expansion of the powerful reform ever. Following a successful ballot initiative led by some of our partners in 2019  (which passed with 73% support!), the primary was the first chance many New Yorkers had to use the system in real life. With a high-profile mayoral election on the ballot, turnout for the election was robust.

This is a huge victory for reformers and activists, who have worked tirelessly to lobby politicians and city officials to help ensure New Yorkers were educated about how to use the new election system. While we won’t know the outcome of the race for a few weeks due to the state’s election laws to ensure every vote is counted and the election is secure, so far, voters have been clear: they like ranked choice voting.

2021 has been dominated by stories about partisan battles happening across the country, as often Republican state legislatures advance false narratives about election security to justify any number of new election laws. In Kentucky, however, we’re seeing something different: Republicans and Democrats working together to expand ballot access and improve the voting process — making it both more secure and more voter-friendly.

Public Integrity highlights the work of Republican Secretary of State Michael Adams leading the charge to bring his party members on board, ensuring that elections were “easy to vote and hard to cheat.” Working with Democratic governor Andy Beshear, the two men created a model for bipartisanship that can be a model for leaders across the country. Check out the piece here.

Over the last year, election officials have come under attack like never before; their jobs, their families, and their lives have been threatened by individuals and online groups perpetuating the Big Lie conspiracy theory. As a new report from the AP demonstrates, it’s starting to take a toll. Increasingly, election officials are stepping down, leaving room for conspiracy theorists to take their place.

As lawmakers in some states ramp up penalties in response to disinformation — including thousands of dollars in fines and jail time — we’re losing longtime experienced election administrators across the country. . Election administration positions vary from state to state and sometimes county to county, but some of them are elected to office, and these low-attention races are critical. Pay attention to your state and local candidates running for office in election administration. They may get less news time, but they play an enormous role in ensuring the integrity of our election systems.