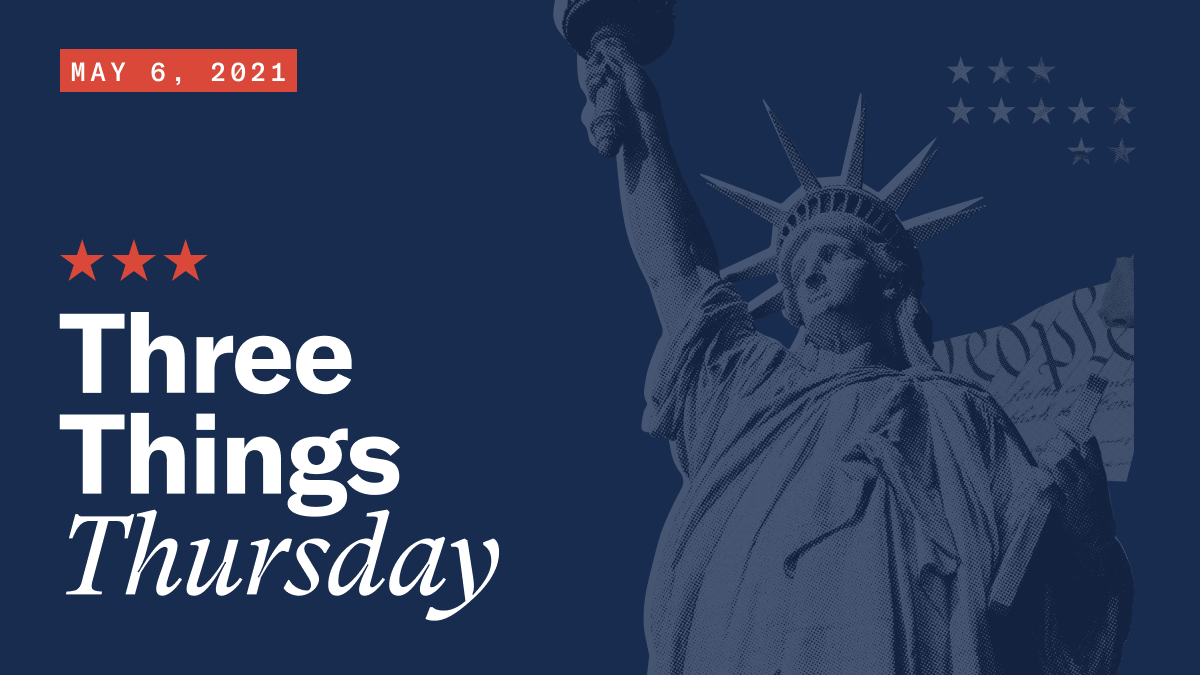 It’s hard to believe it’s already May. For us here at Unite America, it’s been busy and this year is flying by at such a breakneck speed with a lot of exciting progress.

We don’t expect you to keep track of everything, because of course, that’s what this update is here for — to help you keep up with things you might have missed .

ICYMI: Austin, Texas, the 11th biggest city in the US, became the latest municipality to adopt ranked choice voting, after a ballot initiative passed over the weekend. If implemented, the reform has the potential to save the city as much as a million dollars per cycle, and help increase turnout by 70%. Ranked choice voting provides voters with more choice, voice, and power in their elections, and will help to put Austin voters first.

In our blog this week, UA’s Policy Manager extraordinaire Beth Hladick breaks down reformers’ latest victory, as well as what this might mean for Texas at large. Over the weekend, a hundred miles down the road, more than nine candidates in TX-06 ran for an open seat. The top-two finishers (who will head to a runoff) earned a combined 33% of the vote.

Something else you might have missed? There’s buzz around New York City’s upcoming mayoral election — the city’s largest foray into ranked choice voting since voters approved the reform in 2019. With a deep and diverse field of candidates, high stakes, and intense media attention, ranked choice voting is already helping to empower New York voters, and forcing candidates to build a broad coalition of support from communities across the city to help ensure majority support.

Like I said — a lot happening these days. This week, Californians turned in enough petition signatures to prompt a recall election for their governor, Gavin Newsom. As Steven Hill and Larry Diamond write in CalMatters, recall efforts in California have been fraught in the past; in 2003 (the last time California recalled their governor) there were 135 candidates running to replace him.

Eager to avoid another situation in which a candidate can win with less than 50% support, the authors urge California to change how their elections are conducted. Instead of a first-past-the-post election, they argue that California should apply their top-two nonpartisan system — or better yet, expand to top-four — to the recall election, requiring any winner to have majority support.

“Beyond fixing a defective recall process, RCV could be combined with California’s current “top two” primary to make all our state elections more democratic,” they write. “The current system, in which the top two primary finishers face off in a November general election, already suffers from split votes, spoiler candidates and occasionally strange results.”

Denver Riggleman: Our polarizing political process is broken; Election reform is the best way to fix it | In the News

Group Targets Primary Elections as 'Threat to Democracy' | In the News

The Problem with Partisan Primaries | In the News

Capitol Violence Underscores Need for Political Reforms | In the News

Post-Trump Reforms Must Not Serve Partisan Interests | In the News

Andrew Yang & Bill Weld: Why RCV will improve America's Elections | In the News