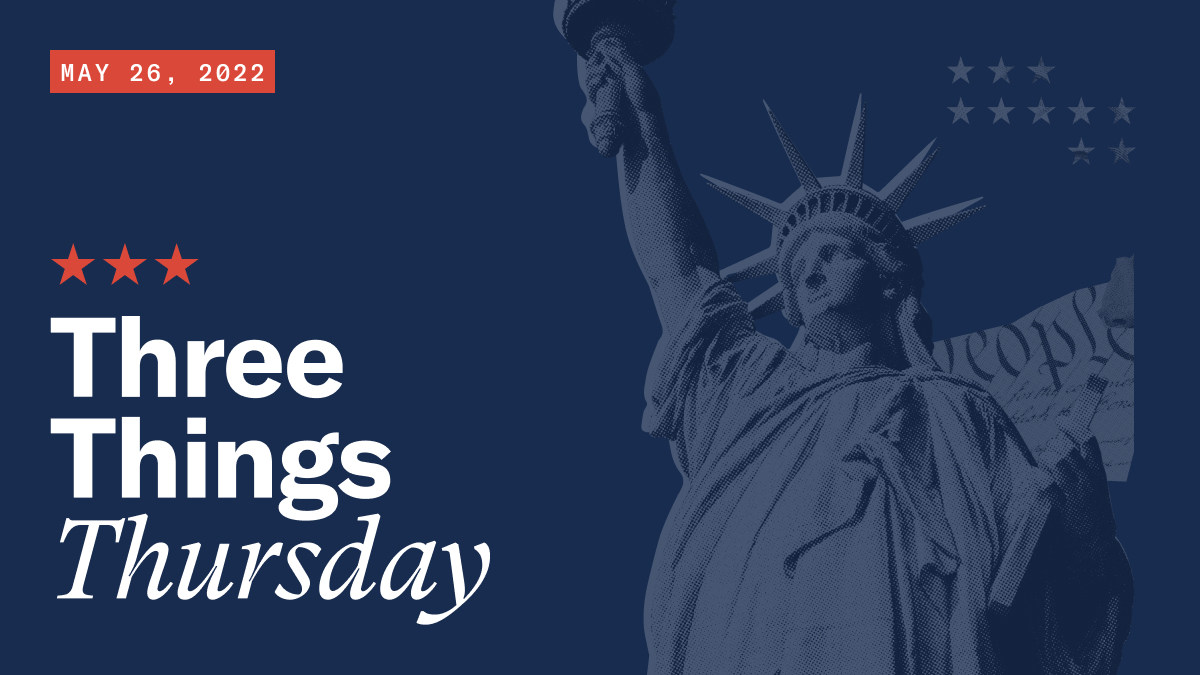 What does this mean for us as a society and as a country? How do we measure the functioning of a democracy? As we face those very existential and critical questions, our hearts are with the families and community in Uvalde, Texas.

These are three things to think about — later.

Our favorite refrain found its way into the opinion section of The Washington Post this week, as Ed Foley looks at how the Primary Problem is driving division and dysfunction in midterm races across the country.

Duverger’s law is a political science concept that describes how our system forces people into two camps, needing to beat just the first past the post system in order to win. It also happens to be the system that allows the two-party political system to hold our government hostage, empowering a few voters to sway the outcomes of elections in an outsized way. In other words, it’s the #PrimaryProblem.

In California, voters did away with partisan primaries in 2010 and have since opted to use a top-two primary election system to determine the winner for state offices. The solution means that as a whole, rather than being held accountable to just their party base, elected officials are responsible to the entire electorate, and all voters can participate in consequential elections. Some evidence suggests it has produced less extreme lawmakers, too.

However, as this article points out, elected officials, who are single-minded seekers of reelection, will seek victory however possible, even if it means throwing your support behind someone of the opposite party who will guarantee an easier victory for yourself. It’s the type of politics that makes people hate politics, yet it’s the reality of living in California. It’s why reforms — like the one adopted by Alaska, which brings the top four finishers into the general election and uses ranked choice voting to determine the winner — are so important; they ensure that the voter, without foul play by the opposing party, can be heard and reflected in our political system.

Finally, take a look at Vermont, where Burlington just became the latest state to adopt ranked choice voting for municipal elections. It’s incremental progress, but it’s often forgotten that before the Progressive Era, incremental progress was how women gained the right to vote, Americans got the ability to elect senators directly, and how party primaries came into existence.