What the primary problem looks like | Three Things Thursday 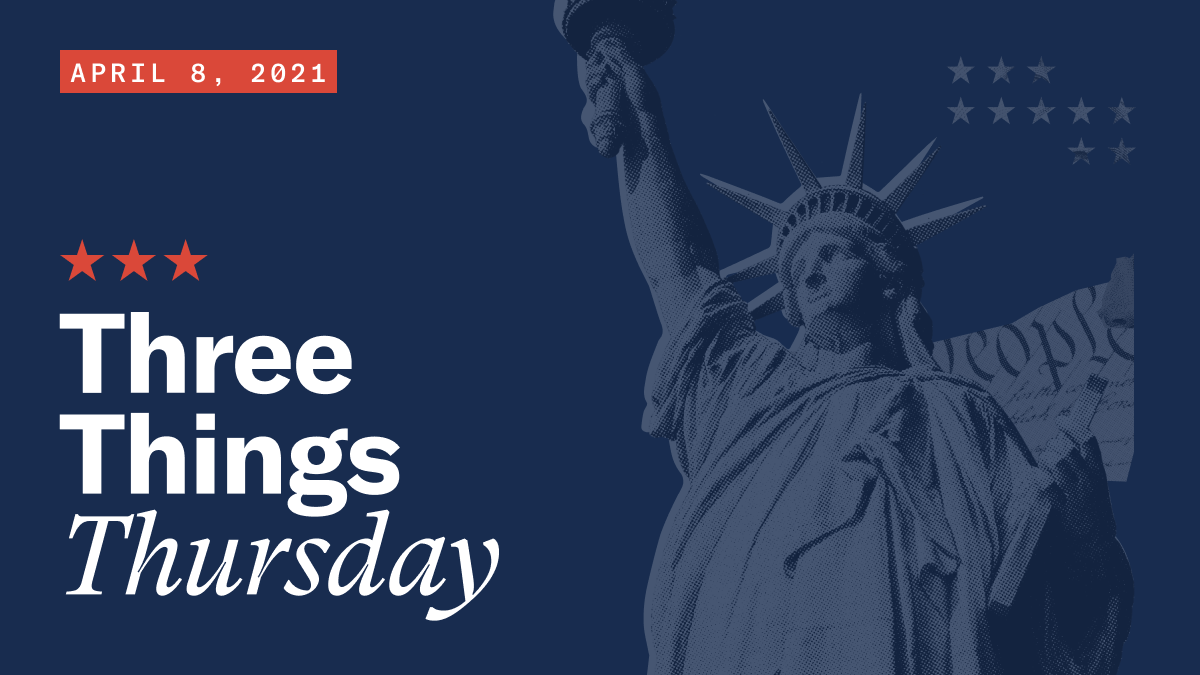 Last week, we released the Primary Problem — a new report outlining a critical framework for understanding the forces driving the polarization and extreme partisanship in our country that’s fueling our dysfunction and broken politics. Because of partisan primaries, only 10% of eligible voters effectively elected 83% of Congress--they limit participation, and give a small sliver of voters an outsized influence on our elections.

As a result, elected officials fear their primary voters, and work to appease them by moving to the more extreme edges of the party, at the expense of functional governance. Partisan primaries also exclude approximately 11 million independent voters around the country.

The Primary Problem is the primary problem with our politics today.

But what does this look like in real time?

So glad you asked. Here are three things to think about this week:

As we enter a new decade, it is once again time for legislative district maps to be drawn, after the census this last year. As usual, this means there is the chance for lawmakers to tip the scales in the favor, gerrymandering our communities for their own benefit, According to a new report from our friends at RepresentUs, 1 in 2 states are at risk of “rigged maps.”

Gerrymandered districts are part of what’s driving the primary problem in our country; because these district maps are often drawn to group all Republicans, or all Democrats together, it creates “safe” districts, in which the dominant party is all but guaranteed to win the general election. This means that the election that actually matters is the primary. If you’re a Democrat in a Republican district (or vice versa) in a state with closed primaries, you effectively get no voice in deciding who represents you.

It’s why it’s important that citizens demand an open and transparent mapmaking process (and ideally one that lawmakers don’t run themselves). But ending gerrymandering is only part of the problem — until we ensure that every voice and every vote matters, our elections will never put voters first.

A new study examines the effectiveness of lawmakers (which CEL defines by their ability to get bills passed), and finds that the most effective members of Congress may not be members you know. Those frequently in the news, like Jim Jordan or Alexandria Ocasio-Cortez, rated poorly in their rankings.

Yet these are the lawmakers we most frequently hear about. Their penchant for partisan politics and snippy tweets make them attractive for members of the media, but politically untenable when it comes to getting things done. Just 4% of Alexandria Ocasio Cortez’s district voted for her in the primary, and the legislation she introduces is often less viable and less bipartisan. Many members at the top of the list are more bipartisan. Lawmaking is literally what lawmakers are sent to Congress to do; understanding what makes individuals more or less effective is important.

Louisiana is one of the only states in the union without a primary process: all candidates run in a single election, and all voters vote. If a candidate fails to get 50% of the vote, the race goes to a run-off, and the top-two vote getters compete. It’s similar to a top-two primary system, and has the effect of ensuring that Louisiana’s lawmakers work on behalf of all of their constituents, not just those in their party.

Closed primary systems encourage the most candidates that are the farthest towards the left and right to pander only to voters that match their policies. As Rep Garrett Graves (R-LA) says, “‘You’re asking me if I think it makes sense to limit the candidates that somebody can vote for? That sounds entirely un-American to me.”