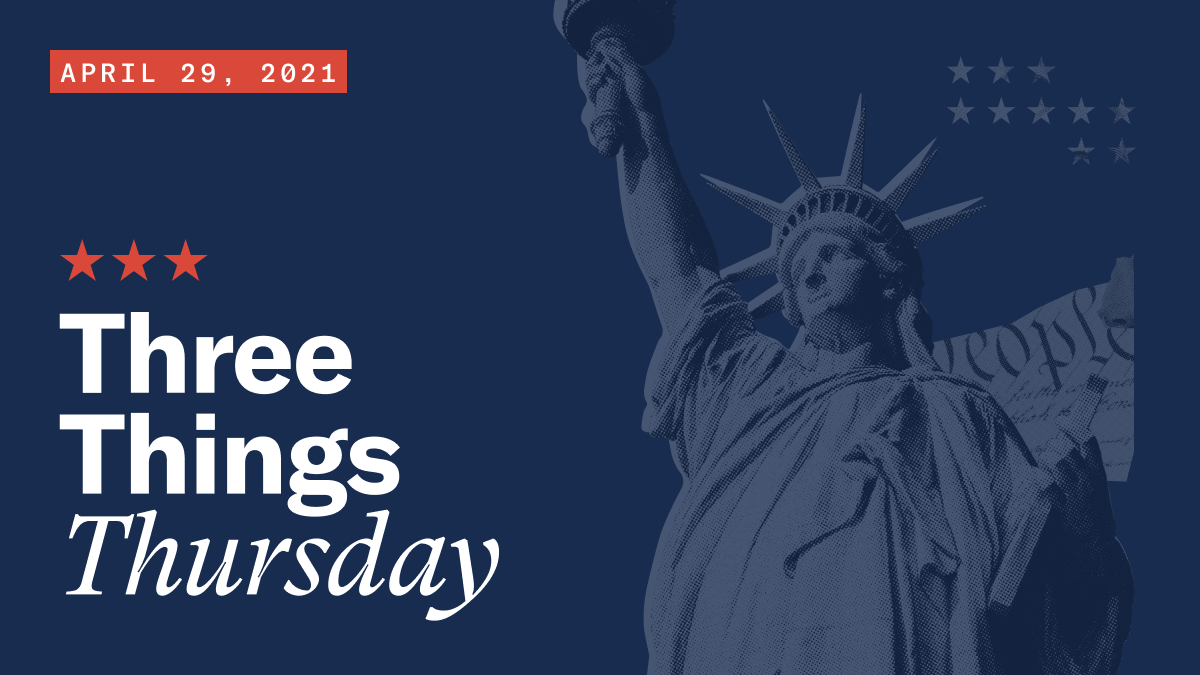 In the grand scheme of things, 435 is not a huge number.

If we were talking about donuts consumed, trophies won, or dollars found on the sidewalk, 435 would be a lot. But when we’re talking about congressional representatives for a nation of 328 million people, it’s not a lot. In fact, it’s less than one ten thousandth of one percent of Americans.

So, who we elect matters. So does how we elect them — the processes that we use, the maps that determine who gets to vote for them — all dictate if our government will be truly representative and functional, and able to tackle our country’s biggest challenges.

As I said before — 435 is not a huge number, but it is the number of members in the U.S. House of Representatives. And for now, at least, that number isn’t going to change. So to adjust for the growing population and changing distribution of Americans, the Census Bureau released their reapportionment findings, which determines which states gain seats and which lose seats in the next Congress. States like Texas, Colorado, and Florida gained seats, while Pennsylvania, New York, and California lost seats.

Fundamentally, every state wants more representation; the more representatives you have, the more congressional committees your state can be represented on, the more influence you have, the greater your chances of sending money home to your constituents. Of course, the number of your representatives also determine your state’s number of Electoral College votes. In other words, this process of reapportionment is really important, and in some cases, this determination was made by just a few dozen people. Had New York counted 89 more people in the census, they wouldn’t have lost a seat. That’s how tight we’re talking about and how high the stakes are for voters.

And that’s why, the next major political battle is the one over redistricting and gerrymandering. The majority of states allow legislators, all of whom have political self-interests, to draw the legislative maps, meaning that whichever party controls the legislature controls the ability to influence the maps. This redistricting process is happening right now in states, and it’s why you need to get involved. Contact your state representatives and let them know: you want fair maps.

When legislators get to draw their own districts, they draw them in a way that ensures voters who support their party are in the majority, while members of the opposite party are split between districts to dilute their influence — meaning that the election that actually matters is the primary election, in which the majority party determines their nominee. Typically, only the most extreme voters turn out, so the candidates who get nominated — then elected — are more extreme than the voters in their district--increasingly so in recent years.

Where can we see this in play? In Arizona, where the state has been engaged in an unprecedented audit of the Presidential election, one that was spurred on by elected leaders attempting to placate their base. As the Times writes: “The Senate’s rightward drift is simply explained, political analysts say. Most of the 30 Senate districts are so uncompetitive that the Democratic and Republican primaries effectively choose who will serve as senators. Because most voters sit out primary elections, the ones who do show up — for Republicans, that often means far-right Trump supporters — are the key to getting elected.” (#PrimaryProblem!)

States are the laboratories of democracy. In our federalist system, the states have a good deal of authority to determine how they hold their elections. In Louisiana, they use a majority runoff system that, in practice, operates a lot like California or Washington’s top-two nonpartisan primary system. Here’s how it works: All candidates, regardless of party, run in a single election, in which all voters–regardless of party–are allowed to participate. If no candidate gets over 50% of the vote, the top-two finishers go to a runoff election.

Louisiana’s second congressional district held its runoff election over the weekend. The second district — which covers parts of Baton Rouge and New Orleans — is the state’s only Democratic district, and has a PVI of +23 (which just means it’s very, very blue). The runoff pitted a progressive Democrat against one who caught flack for his commitment to bipartisanship. In another state, in another district, with the more prevalent partisan primary process, we might expect the more far-left candidate to win in a low turnout election, thus electing a candidate who represents just a fraction of the voters in the district--voters who skew to the more extreme sides of their party. But that’s not what happened in Louisiana.

In an election in which every vote and every voter mattered, bipartisanship won out. When an election system puts voters first, candidates who believe in putting country over party can win.

Denver Riggleman: Our polarizing political process is broken; Election reform is the best way to fix it | In the News

Group Targets Primary Elections as 'Threat to Democracy' | In the News

The Problem with Partisan Primaries | In the News

Capitol Violence Underscores Need for Political Reforms | In the News

Post-Trump Reforms Must Not Serve Partisan Interests | In the News

Andrew Yang & Bill Weld: Why RCV will improve America's Elections | In the News

Every 10 years we have this opportunity - don’t miss out on taking action.