George Bush and Michelle Obama did what? | Three Things Thursday 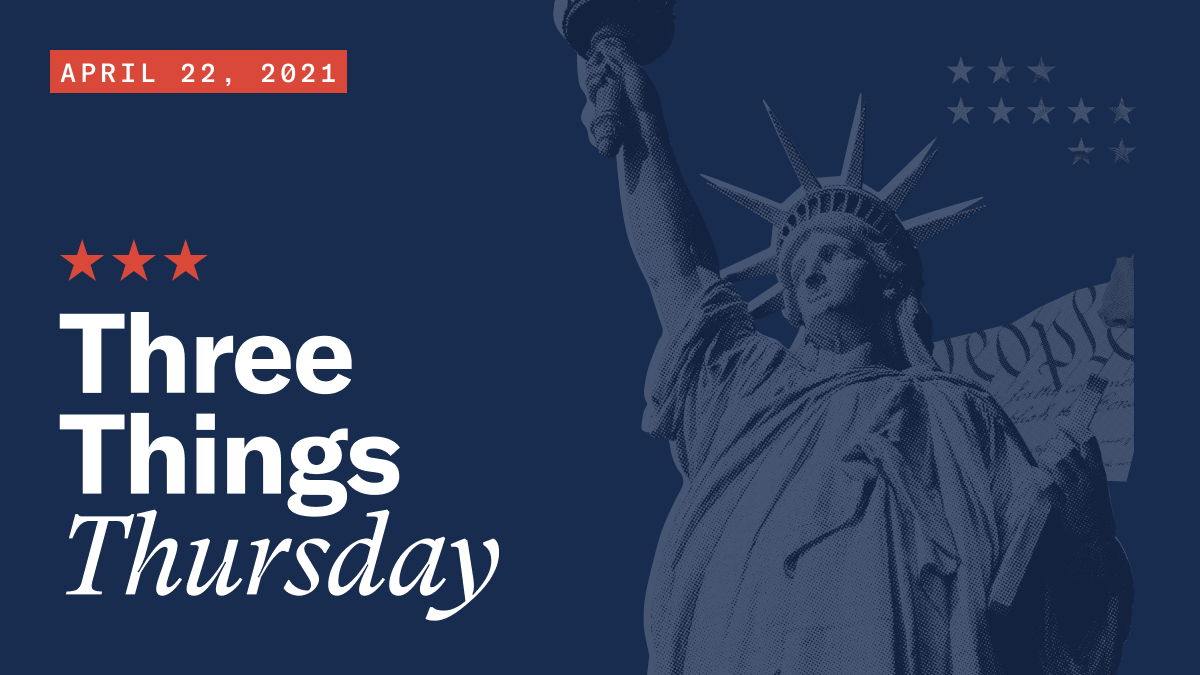 One of my favorite and least favorite things about the internet is its ability to make a big deal out of nothing. A panda sneezing. A pizza rat. A large boulder the size of a small boulder.

They’re inane, yet they go viral.

A political example: the friendship between former President Bush and former First Lady Michelle Obama. In the age of the internet, a photo of the two of them laughing together, or passing a mint between each other goes viral, met with seeming disbelief that these two individuals could have anything in common.

As President Bush remarked this week to CBS News’s Norah O’Donnell, “I think it’s a problem that Americans are so polarized in their thinking that they can’t imagine a George W. Bush and a Michelle Obama being friends.”

We can’t fathom the idea of these two individuals as anything beyond their partisanship. Has polarization really seeped that far? And if so, how do we work our way out?

In a nation in which “42 percent of both parties view the opposition as ‘downright evil’” solving the issue of polarization and partisanship has to be at the top of all of our collective priorities. Enter the Unum Test, a framework for understanding and determining how we course correct our nation during these divisive times.

Created by a powerhouse group of thought leaders — CNN Chief Political Correspondent John Avlon, former Republican Representative Mickey Edwards, president of the bipartisan Committee for a Responsible Federal Budget Maya MacGuineas, and social psychologist Jonathan Haidt — the Unum Test offers a starting framework for addressing the most pressing issues in our politics, economy, and American culture. Fundamentally, their analysis attempts to do one simple thing: put country over party. Check out their full list of recommendations here.

They write, “We are divided, but not beyond repair. Guided by the Unum Test, we can move forward together to find common ground and common purpose, armed with the understanding that our independence as a nation is inseparable from our interdependence as a people.”

In case you were wondering if the framework presented by the Unum Test was totally necessary, allow us to assure you: it is. According to Charles Cook, author of the nonpartisan Cook Political Report, partisanship is only increasing — and it’s impacting how we see the world.

This isn’t normal. If we as Americans are looking at what’s best for the country — and value politicians who put country over party — then our perception of presidential performance should be a lot more balanced. Instead, we’re clearly letting our partisanship drive perception, making value-based decisions on what’s best for the parties, not our country.

Americans are certainly polarized — this much we’ve come to understand. It is therefore important to remind ourselves: there’s more that unites us than divides us.

This week, our friends at FixUs released a new report detailing the commonalities between Americans. What we often see as existential divides between us and the other side are in fact superseded by our desires for our families, our communities, and our homes. In focus groups with Americans across the country, they found that Americans shared common values — like honesty and hardwork — across the board, regardless of party affiliation.

We can feel distant from one another, especially after a year of literal distancing from one another. What we need to remember — what we must remember — is that the core tenants that unite us remain the same. We all want safe communities, good jobs, and trust between one another, and that’s what we’re all fighting for.