Let’s save politics from getting stupider 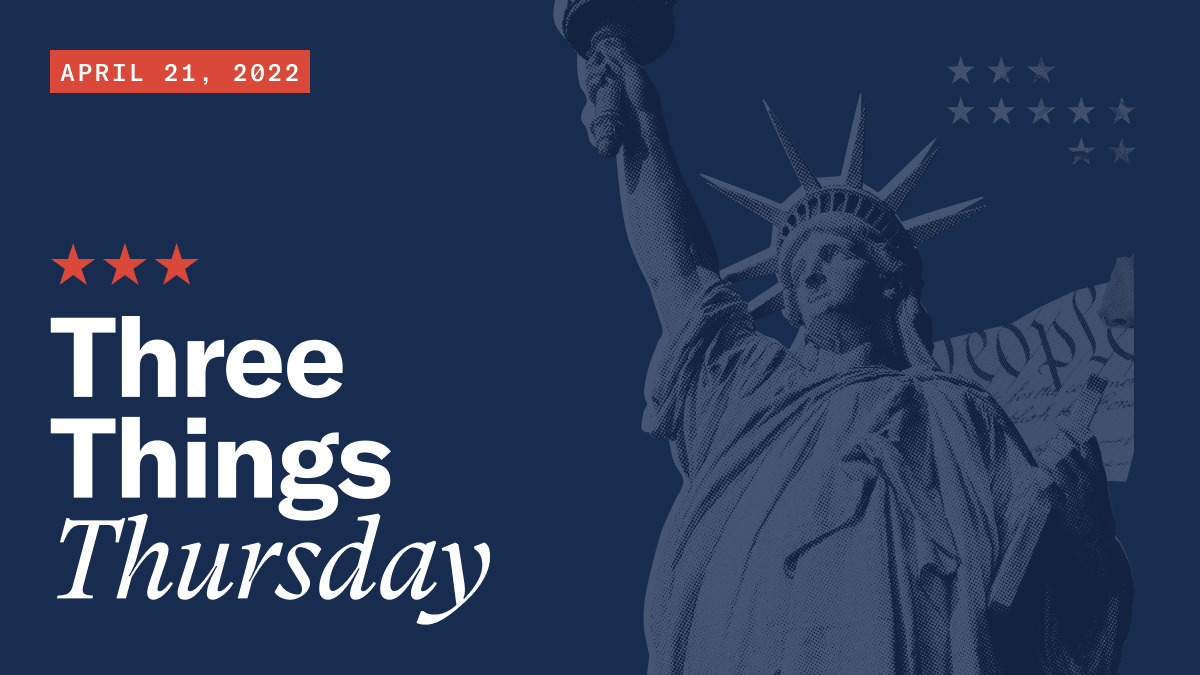 Time is moving quickly. We’re just two weeks from the start of May primary elections, when voters will go to the ballot and cast votes that are — in most cases — significantly more important than the votes cast in the general election in November. In Indiana, with its semi-open primary, voters will be casting ballots on May 3rd. In eight of the state’s nine congressional districts, the primary will be the only election that matters.

If you’re an Indiana voter who doesn't participate in the dominant party primary? Your voice is meaningless. Whoever goes on to win the primary will almost certainly win the general — and be held accountable only by the small number of voters who participated in the one of three elections that mattered.

The Primary Problem is the primary problem with our politics today. Don’t believe us? Check out these three things this week:

Getting Republicans and Democrats to agree on anything, big or small, important or trivial, has become nearly impossible. The rise of social media echo chambers has made facts and common narratives a thing of the past; now, Team Red and Team Blue speak two different languages. We’re like the biblical story of Babylon, with America as our tower, and like the people of Babylon, we’re on a path to destruction of everything we’ve worked to build.

In The Atlantic this week, author Jonathan Haidt writes about America’s path to destruction, and the internet’s unique role in bringing us here. But importantly, Haidt points to certain things we can do to maintain our nation — including hardening democratic institutions through reforms like the primary reform that was passed in Alaska last year. Check out his important read “Why the Past 10 Years of American Life Have Been Uniquely Stupid” here.

A new poll from the University of Maryland has found that a majority of Americans support using ranked choice voting for federal elections. 61% said they’d support using RCV in federal races with more than two candidates.

Important for reformers: researchers found that resistance to ranked choice voting was rooted in ignorance of the system. When the reform was explained to respondents, more supported the reform. What can you tell your friends about why they should support ranked choice voting? Ranked choice voting gives voters more choice, voice, and power in their elections. Read The Fulcrum’s breakdown of the study here.

During the pandemic, when voting in-person was oftentimes dangerous for Americans, a number of states took the important step of expanding absentee voting to all voters. In states like California (and others), the legislature decided to send every registered voter a ballot. Unsurprisingly, making voter easier for voters improved outcomes for diverse voters and voters of color.

In a new study from the Public Policy Institute of California, researchers unpack the impact of California’s expanded vote at home system and its effects on voter representation. It’s important that in addition to making voting easier for Americans, it also makes elections more secure. Read the results of the study here.