An important reminder from Ukraine 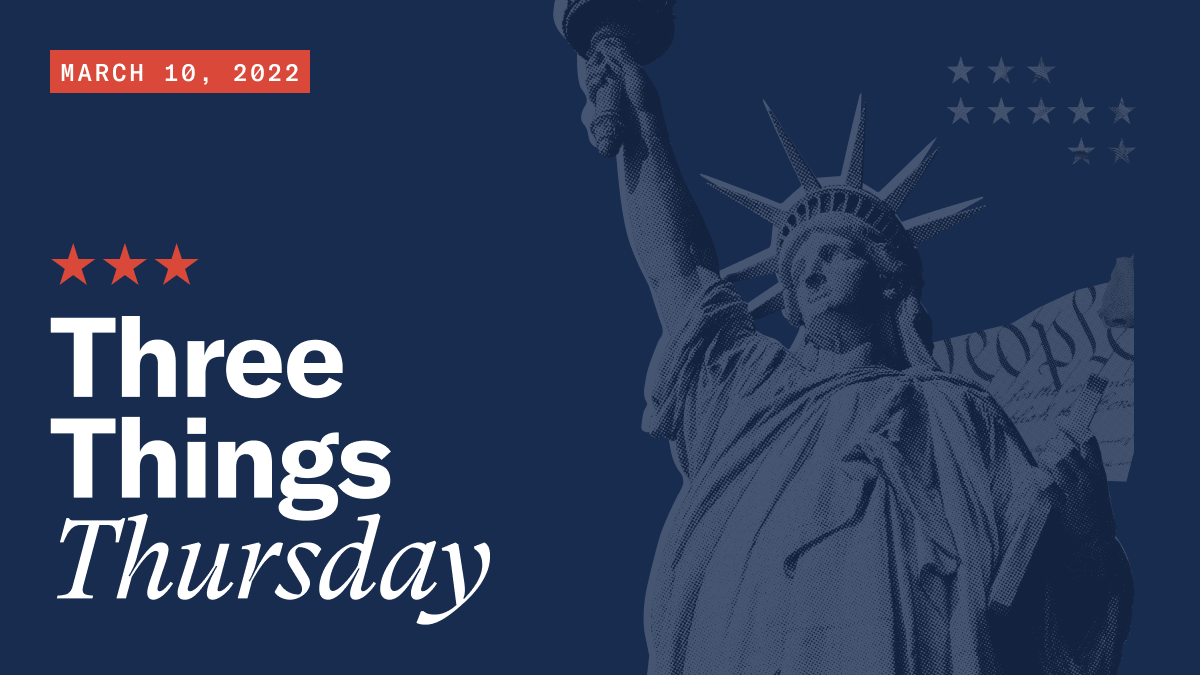 As the global community grapples with how to respond to Russia’s invasion of Ukraine, gone are the set partisan talking points that traditionally guide our politicians. The standard camps of blue and red have been wiped out, leaving in their wake odd alliances of lawmakers attempting to avoid war, stabilize gas prices, and defend the rights of a sovereign nation.

As Americans, we can see streaks and shadows of what cross-partisan deliberation and compromise could look like.Yet with a season of problematic primaries upon us and career politicians scrambling to keep their seats, who can say how long this can last. To improve representation and unlock the power of the American voter, we need to start by addressing the root causes of the partisanship and polarization that ails us. We need to start by passing reforms to address the “Primary Problem.”

In the face of unprovoked brutality from Vladimir Putin’s Russian forces, Ukraine’s President Volodymyr Zelensky has emerged as a symbol of democratic triumph for the West. Yet as we hail Zelensky’s steel will, Americans cannot afford to forget our own vulnerabilities.

As E.J. Dionne Jr. points out, we cannot redeem our democracy solely through our desire to uphold democratic ideals globally. Our system is decaying, as we have long neglected the care and upkeep of our democracy. Defense of democracy starts at home. (And in our opinion, it starts by reforming our electoral system). Read his full piece here.

With all 435 members of the House of Representatives up for reelection this year (along with a handful of Senators), one would expect the November elections to be highly consequential to determining the country’s political future. But that’s actually not the case, because for the vast majority of congress — over 80% — the election that actually matters is the primary election that happens months before the general election.

Yet participation in primary elections is tragically low; often times, only registered party members can vote in the primary, in addition to laws that make registering to vote and casting a vote more difficult. As a result, a small and unrepresentative number of voters end up having an enormous amount of influence in our political system. This week, check out Ledyard King’s analysis of the primary problem, and what organizations like ours are doing to fix it.

Finally, we’ve launched a new project on the Primary Problem in 2022 to increase awareness of both the problem and the solution. In 2020, just 10% of voters cast ballots in the races that effectively determined 83% of congress. This year — due to redistricting and new voting laws — the numbers could be even worse. With our new website, PrimaryProblem.us, we’ll be tracking in real time how partisan primaries in 2022 are fueling division, disenfranchising voters, and distorting representation.

So far, with their 38 seats (36 of which are “safe”), Texas has already effectively elected 8% of Congress. And to date, just 0.5% of voters had a say in those races! The primary problem is already rearing its ugly head, and we’re just getting started. Keep an eye on our new website, and let us know what you think.