Does trust in our elections matter? 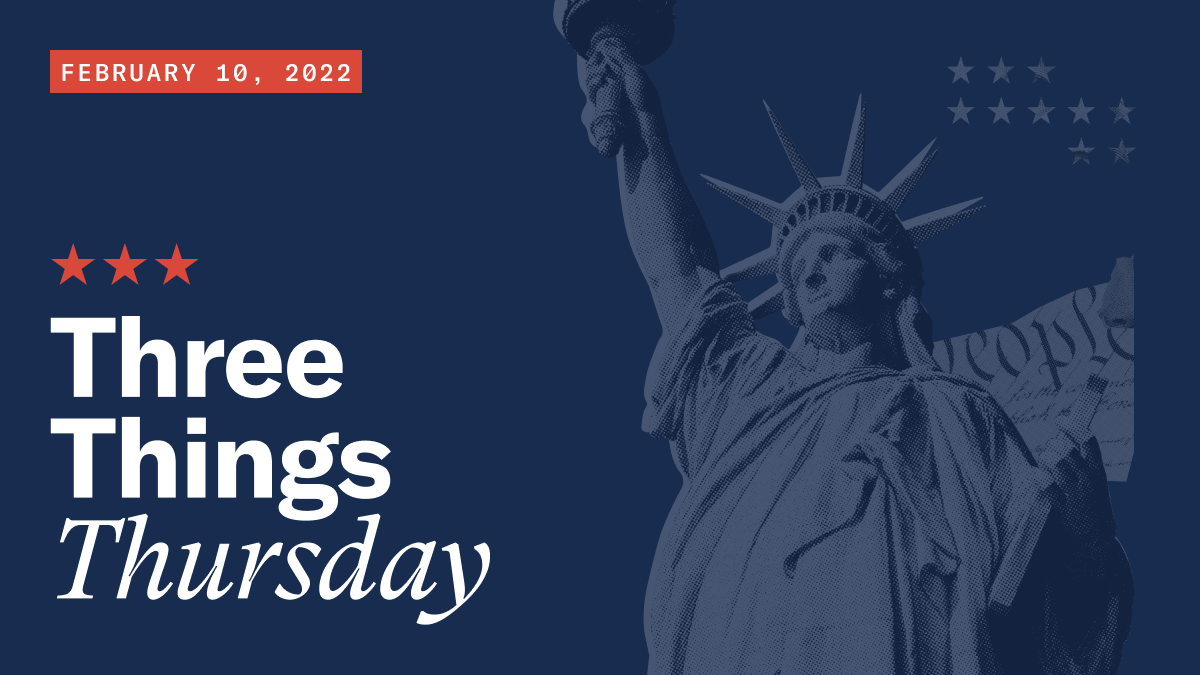 The world is in a precarious place right now. Russia is pushing Europe dangerously close to war, China is pushing propaganda as it attempts to distract from their human rights abuses, and here in the US, the Republican Party is trying to rewrite history, calling the January 6th insurrection a display of legitimate public discourse.

Those attempting to intimidate, harm, and threaten election officials and politicians responsible for certifying the election are not engaged in legitimate political discourse. The attack on January 6th was horrendous, but the effort to normalize the attack may be even more dangerous for our democracy. Country over party needs to mean something–and we need reform to make it so.

Weston Wamp, a Tennessee Republican who voted for Trump, is on a mission: convince fellow Republicans that the election conspiracy is just that — a conspiracy. In this New Yorker profile, Weston Wamp talks about why the Big Lie should worry Republicans as well.

When Americans doubt the security of our elections, the entire nation suffers. Party officials, meanwhile, should be concerned. As Wamp argues, the losses Republicans faced in the Georgia Senate races can be attributed to President Trump casting doubt on the election integrity. Check out the piece here.

Across the country, the number of competitive districts has been on a steady decline. As Republicans and Democrats draw increasingly safe districts for themselves, the power of the American voter continues to diminish. As a result, increasingly, the only election that matters is the one that decides who will represent the dominant party — and that happens in the primary election.

This is the #PrimaryProblem, in case you didn’t know, and as The New York Times breaks down this week, it has the ability to dramatically impact the midterm elections which are fast approaching. The parties are literally taking power out of the hands of voters, and giving it to themselves. As former Representative Tom Davis says in the story, "The parties are contributing to more and more single-party districts and taking the voters out of the equation.”

Finally, let’s talk solutions: While the threats to our democracy are very real, and very existential, one state is already showing us a way out: Alaska. Last year, Alaska passed a ballot measure that would overhaul their election system, creating a nonpartisan primary where every voter matters, and switching their general election to use ranked choice voting. The system means that every vote in every election counts, and that voters, rather than parties, are put first.

As Edward Foley points out in The Washington Post, the system could help to improve representation across the country, where other representatives who have spoken out against Trump face steep primary challenges that they’re likely to lose. Read his full piece here.