How to reduce the cost of bipartisanship 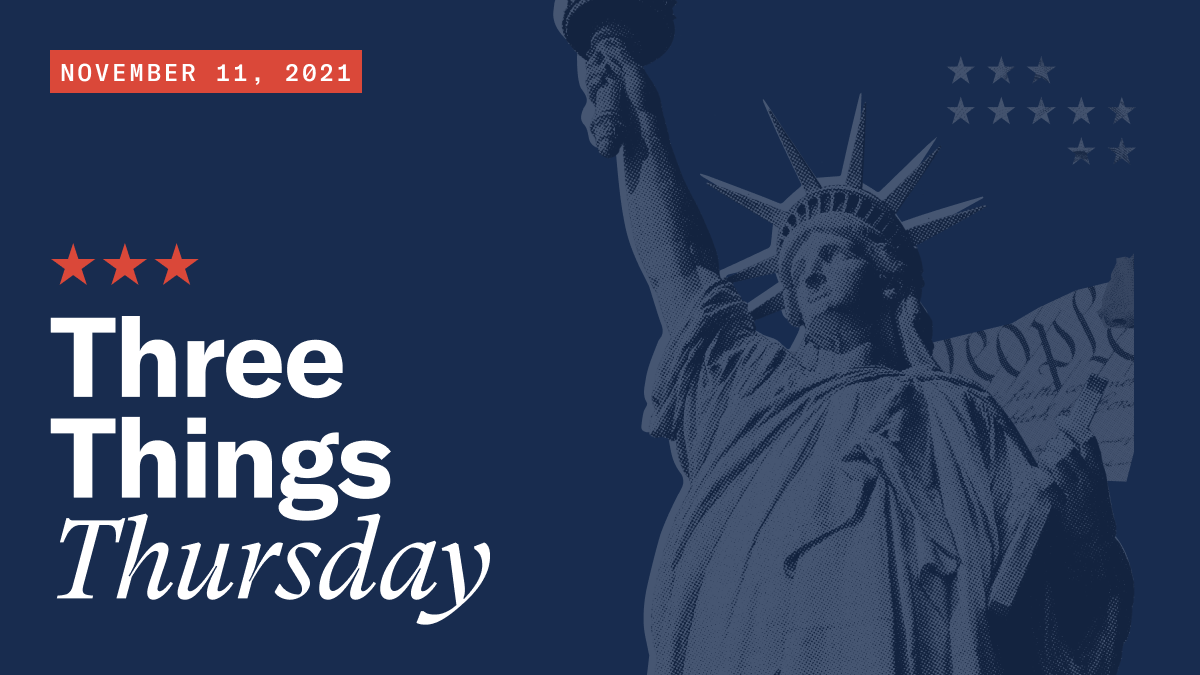 This time next year, Americans will have just elected a new Congress. No one can say for certain what the next congress will look like, or how the politics of the next year will shape the 2022 midterms.

This is the Primary Problem of our politics today, and it means that if you actually want a shot at influencing who gets elected to Congress, you can’t wait until Tuesday, November 8th.  For the majority of Americans, the primary election will determine who represents them. In some states, primaries will be taking place as soon as March.

There’s no time off in politics. Here are three things to think about this week:

Late last week, the House of Representatives finally passed the bipartisan infrastructure bill, clearing the way for the President’s signature on the first major piece of legislation of his administration. After the Senate passed the bill in August, Unite America Executive Director Nick Troiano wrote about the struggles of crafting bipartisan legislation in Washington, where the incentive structure rewards obstructionism more than deal-making.

Now, three months later, we have the proof. 13 Republicans crossed the aisle to support the bill — providing funding for key projects like improving roads, securing bridges, and expanding rural broadband access — and now face the cost of bipartisanship: members of their own party are pledging to run them out of office, and pushing their supporters to harass them. It’s a horrifying demonstration of just how far the Primary Problem can push politicians.

That New Yorkers elected a new city council last week through a nomination process that was determined through ranked choice voting give us all something to celebrate. Voters had more choice, voice, and power in their elections as a result of the switch to RCV for the June primary. However as political strategist Jared Alper points out, New York City could go a step further to make sure every vote in every election matters by adopting a nonpartisan primary.

Because of NYC’s closed primary system, only registered Democrats could vote in the primary that played an overwhelming role in determining the winner of the election. As Alper writes, “There are more than 5.5 million voters who live in New York City, a majority of whom are registered as Democrats. Of those 3.76 million voters, only 25% participated in the June mayoral primary. This group of roughly 938,000 voters, representing less than 17% of the total registered citywide, effectively decided the race for mayor more than four months before Election Day.”

As major bills have come up for debate in Washington, it’s seemed as though just a handful of Senators have come into focus with their ability to either craft compromise, or stop a bill in its tracks. Senators like Joe Manchin of West Virginia, Krysten Sinema of Arizona, and Lisa Murkowski of Alaska have become fixtures of the media’s attention for their role in pushing bills through the Senate.

Now what if these Senators banded together? What if they brought on board a bipartisan group of fellow consensus builders to cement and formalize their power? They could act like a fulcrum in the Senate, essential to passing legislation and capable of creating the bipartisanship necessary to get major pieces of legislation through. This week, Matthew Yglesias in The Atlantic touches on some familiar territory, hypothesizing what a group like this could accomplish. Read the full piece here here.