Bipartisan consensus on federal reform exists, even within in “The Swamp” 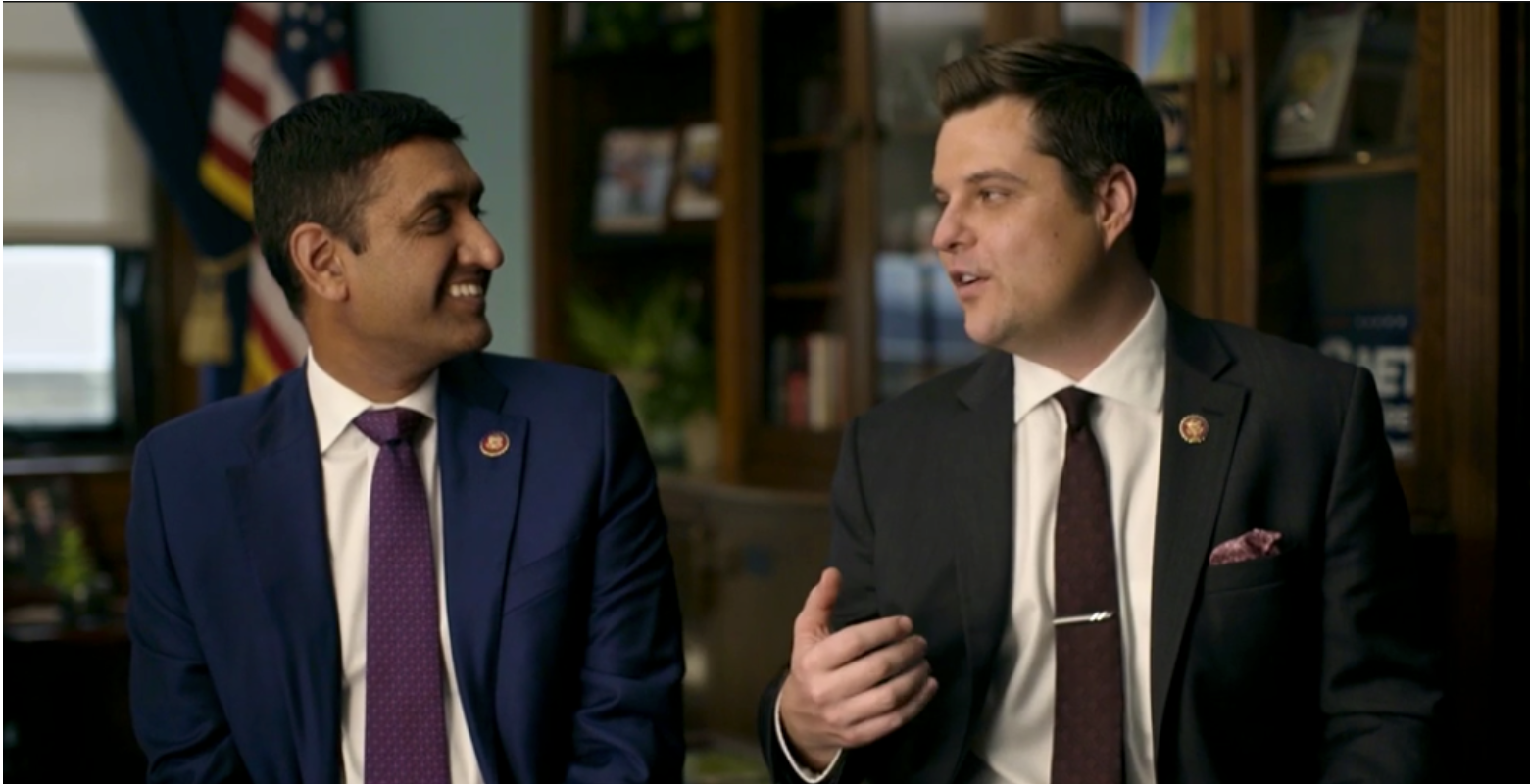 While many of the underlying themes in the film aren’t new, the pressure to fundraise, conform to the party platform, and cede power to lobbyists and special interest groups is no less shocking.

But looking past the toxic partisanship lies a glimmer of hope: in an increasingly divided Congress, bipartisan consensus on how to fix the system exists.

Rep. Gaetz and Rep. Ro Khanna (D-CA), two of the more ideologically opposed members of Congress, agree the system isn’t working and is in desperate need of reform.

As Gaetz puts it, “We would be sort of an odd couple politically. I am a Tea Party Republican from Florida. Ro served in the Obama administration and represents Silicon Valley. But folks like Ro, even who maybe don't hold my ideology or my view on every subject, understand that this place has to change if we want to do right by the American people.”

“We came here to work for the people that sent us here, not for the leadership, not for committee chairs and not, certainly, for the lobbyists,” Khanna adds.

“See? That's the ‘drain the swamp’ agenda,” Gaetz says. “Khanna-Gaetz. We could run on that and unite 80 percent of the country.”

Gaetz is right. Recent polling with more than 85,000 survey respondents finds broad, cross partisan support on over 150 different policy issues, including the same issues upon which Representatives Gaetz and Khanna agree.

The biggest challenge, as Gaetz sees it, is not Republicans versus Democrats, it’s reformers against those who want to maintain the status quo.

These reforms are meant to put the interests of voters first, take power away from the few party leaders who wield it, and change governing incentives so that what it takes to get (re)elected aligns with what it takes to govern in the public interest.

Khanna observes, “It’s one thing to have a vision. But a vision is insufficient if nothing gets done.”

The next Congress should prioritize reform policies that members on both sides of the aisle, and most importantly, voters, support. Lobbyists, committee chairs, and party leaders don’t elect members to Congress. We, the people, do.

“The Swamp” reminds watchers that the state of politics in Washington is blocking progress, but that bipartisan consensus on reform is not as murky as it often seems.