The State of Democracy 2019 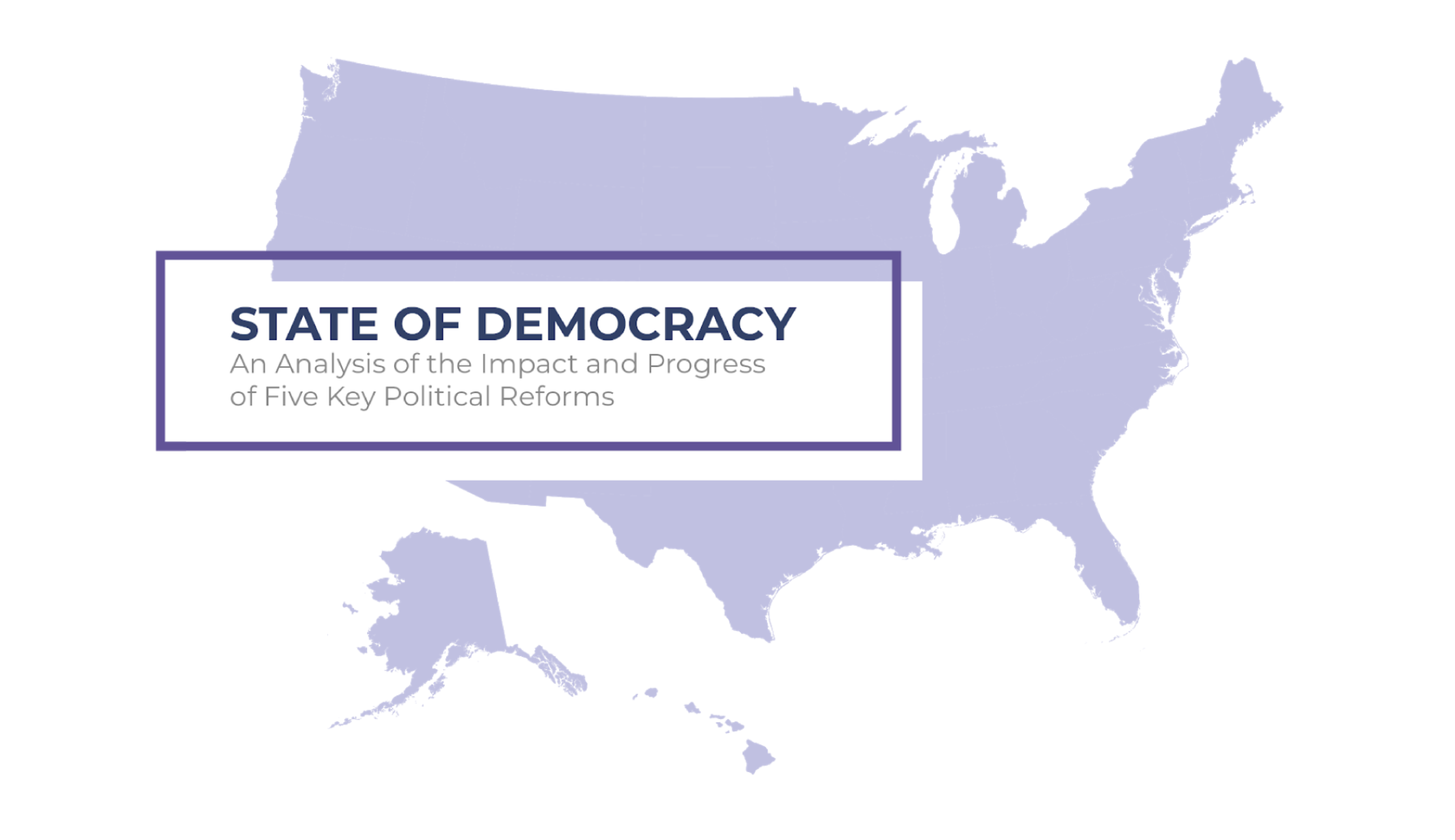 A new report by the Unite America Institute on the “State of Democracy” grades all fifty states based their efforts in adopting key reforms that increase participation, accountability, and competition in the political system.

The Unite America Institute's mission is to study the causes and impacts the growing partisan divide has in our politics, as well as study potential solutions.

In the state of democracy paper, states are assessed on the status of their efforts in five key reforms:

California scored highest with an A-, while nine other states received an F.

Since 2010, 20 ballot measures advancing one or more of the five identified reforms appeared on voters’ ballots, and 16 were approved. In the 26 (mostly Western) states that allow them, ballot measures provide a way for citizens to circumvent gridlocked legislatures and directly ask voters to change incentives for elected leaders. These reforms have traditionally been passed with supermajority support, indicating the broad political appeal of addressing root causes to political dysfunction at a time when trust in government is at all time lows.

Momentum for structural reform initiatives is likely to continue in the 2020 cycle, with many campaigns already underway. In Virginia, lawmakers passed legislation to create a redistricting commission in 2019; they will vote on the legislation again in 2020 and if passed, a ballot measure will give Virginians an opportunity to end gerrymandering on their November ballot.  Vote at home legislation recently made its way through the legislature in Hawaii, and automatic voter registration will likely pass in Maine.

As the State of Democracy report demonstrates there remains significant work to be done to advance structural reforms in all fifty states. Making democracy more representative and effective must remain a priority of the democracy reform community.