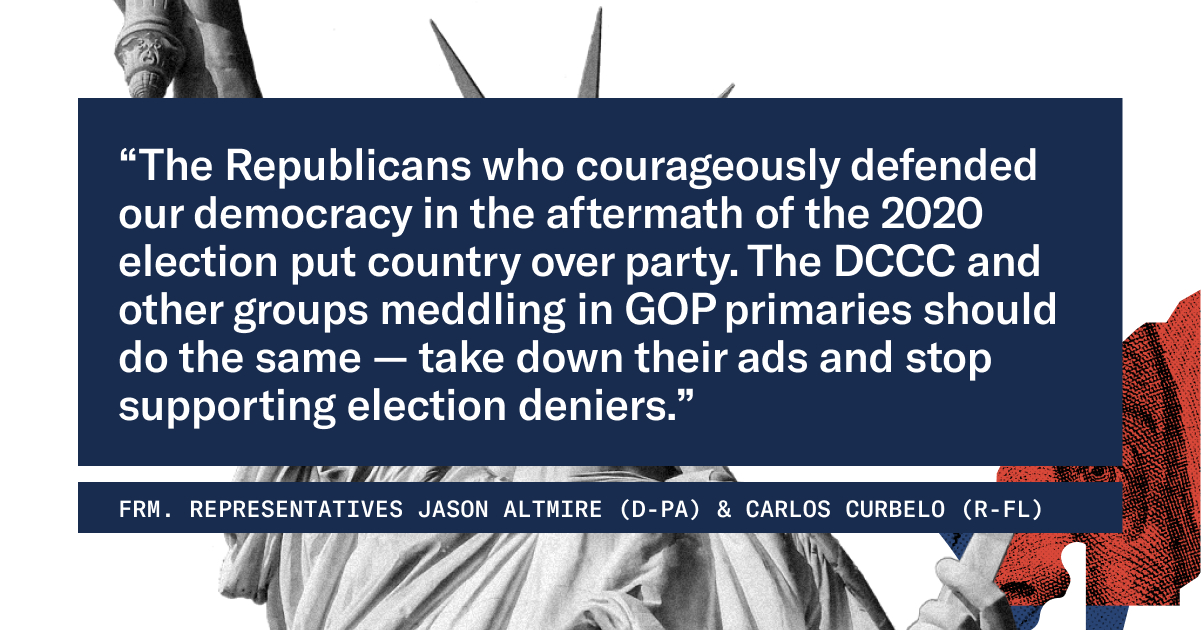 “It is dangerous and wrong for Democrats to boost election deniers in Republican primaries with the hope of better odds in the general election. No bet on short-term, partisan gain is worth such long-term, existential risk to our shared democracy.

“We understand how politics works — meddling in opposite-party primaries is not a new campaign strategy for either party. It underscores the need for reforming our country’s broken primary system, which incentivizes such cynical tactics.

“What is new today, however, are the stakes. The time of ‘politics as usual’ has come and gone. As we saw on January 6, pursuing power at all costs makes collateral damage out of our democratic norms and institutions. Backing candidates who support such pursuits — as the DCCC and other Democratic campaign arms have done in recent weeks in races across the country — risks furthering the damage. Furthermore, it's a losing strategy to protect our democracy and rebuild confidence in the integrity of our elections.

“The Republicans who courageously defended our democracy in the aftermath of the 2020 election put country over party. The DCCC and other groups meddling in GOP primaries should do the same — take down their ads and stop supporting election deniers.”

Unite America is a movement of Democrats, Republicans, and independents working to bridge the growing partisan divide and foster a more representative and functional government.

Read more about the Primary Problem in our country’s politics today and solutions here.