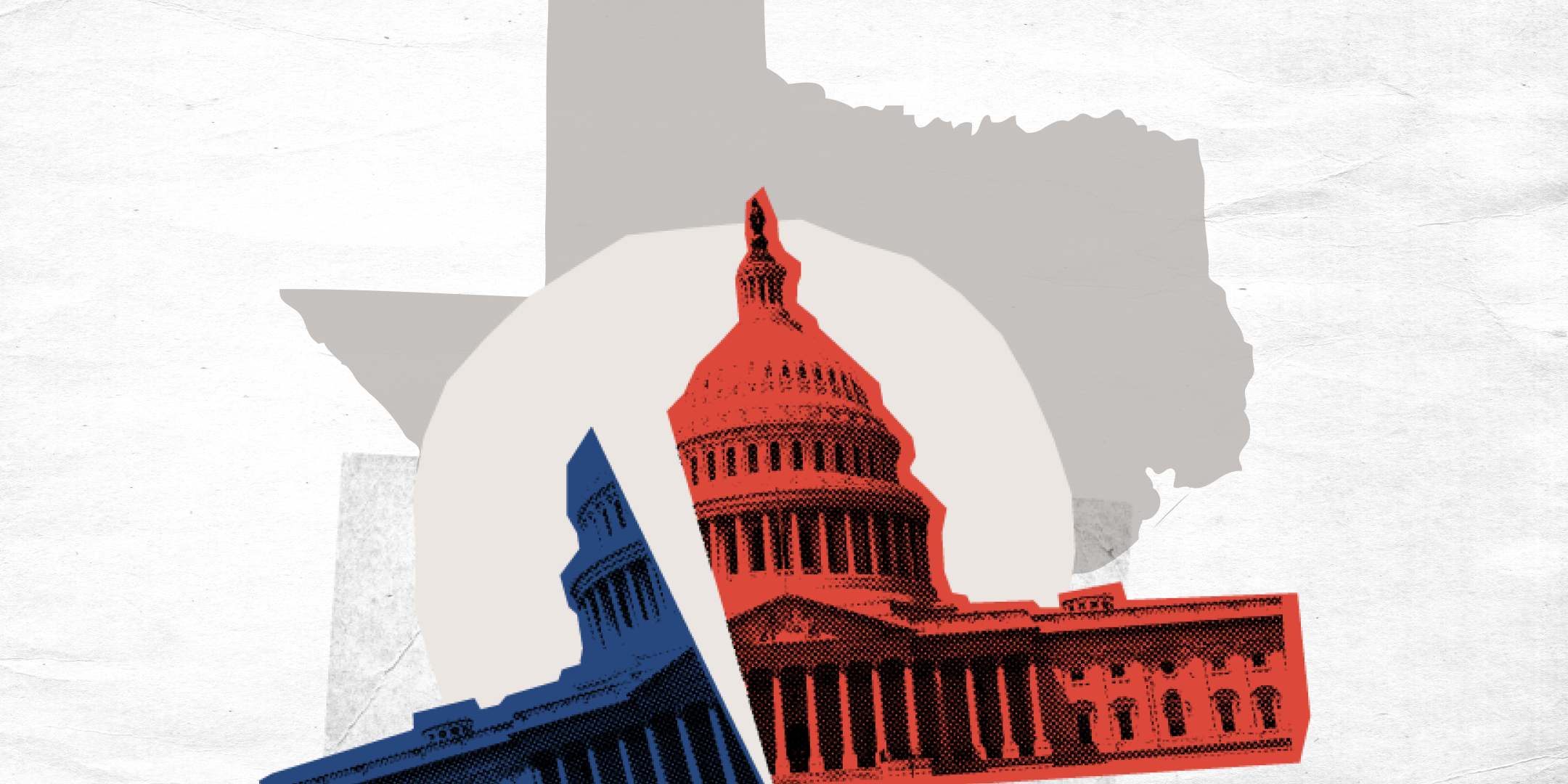 Texas kicked off the primary season last Tuesday with what experts predict will be the least competitive U.S. House elections in our nation’s history — and a lack of competition, where districts are reliably blue or red, increasingly means the primary is the election of consequence.

Everything is bigger in Texas, and true to form, the Lone Star state’s primary paints a poor picture for the health of our democracy.

According to Unite America’s new 2022 primary tracker and post-election analysis, the Primary Problem in Texas is even worse than 2020. So far, just 6% of the state’s voters have had a say in electing the bulk of Texas’s congressional delegation — 36 of 38 seats to be exact. That’s worse than last cycle in no small part because of freshly gerrymandered maps and low turnout in a midterm year.

Here are five of the toxic takeaways from the election: ‍

1. Texas — the state with the second-most congressional districts — started out at a disadvantage: their new district maps received a “F” grade from the Princeton Gerrymandering Project. Additionally, 95% of seats were reliably safe for one party or another, meaning the party primary is the determining election in who will eventually represent the district in Congress.

2. Across Texas, 14% of age-eligible voters turned out in the gubernatorial primary at the top of the ticket, but far fewer voters — just 8.5% — participated in congressional primaries. The undervoting is in part a reflection of the fact that many contests had none or only one candidate, meaning many Texans didn’t even have the option of voicing support for any other than the status quo.

4. It’s not quite over: at least 15 house races will head to a runoff election on May 24th. Over the last three midterm cycles, Texas runoff turnout has averaged just 4.4%, while costing the state’s taxpayers millions of dollars.

5. Lastly, some voters didn’t have a say at all. In 13 districts there was only one candidate in the majority party’s primary, meaning that an estimated 7.5M Texas voters (34%) had essentially no other option.

These problems are not unique to Texas — states blue and red will continue to suffer from chronically low midterm turnout and little to no choice in who represents them. Worse yet, it leaves elected leaders with no accountability mechanism or incentive to represent the broadest swath of their electorate.

This is the Primary Problem. But, it’s not all doom and gloom. Nonpartisan primaries — where all voters and candidates participate in the same election regardless of party affiliation — offer a remedy: they increase voter turnout, lower the temperature on partisan gamesmanship, and help make every ballot cast in an election, matter.

Alaska joins California, Nebraska, and Washington as the latest state to adopt nonpartisan primaries this year: Alaskans will vote to advance the top four vote-getters to a general election decided by ranked choice voting.

Alaska is solving a Texas-sized problem (which is apt, given their size). We’re not the only ones who think more states should follow suit.