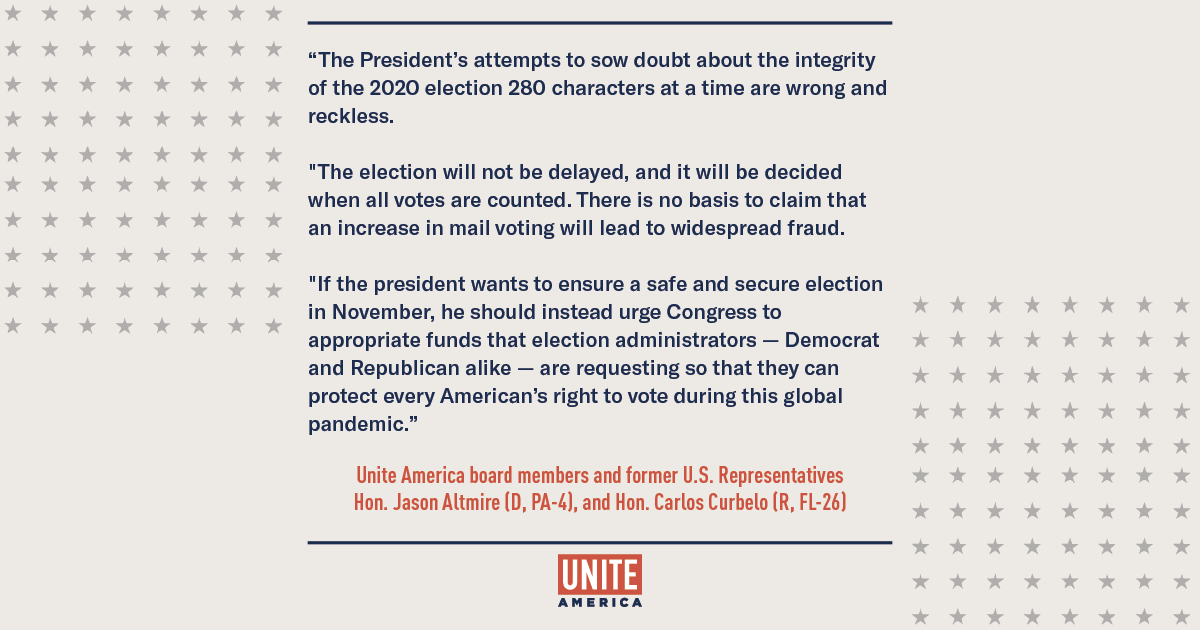 “The president’s attempts to sow doubt about the integrity of the 2020 election 280 characters at a time are wrong and reckless.

"The election will not be delayed, and it will be decided when all votes are counted. There is no basis to claim that an increase in mail voting will lead to widespread fraud.

"If the president wants to ensure a safe and secure election in November, he should instead urge Congress to appropriate funds that election administrators –– Democrat and Republican alike –– are requesting so that they can protect every American’s right to vote during this global pandemic.”

Unite America is a national nonpartisan organization that works to put voters first, and foster a more representative and functional government.