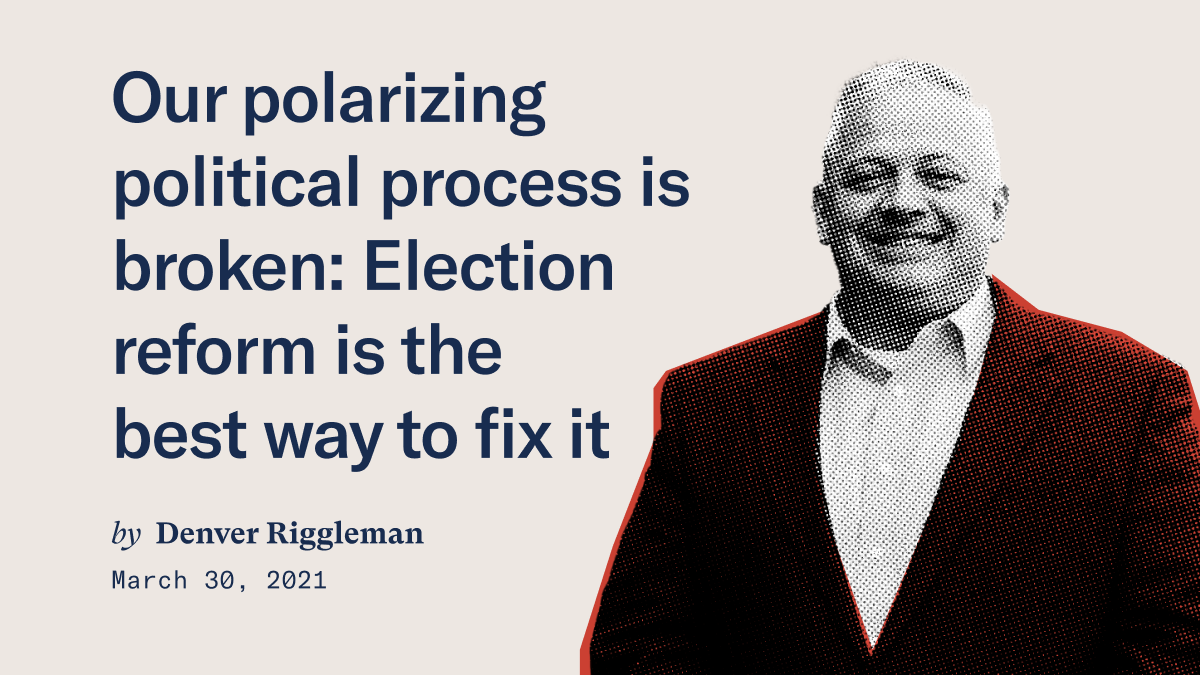 Former United States Representative Denver Riggleman reports on the dangers of polarization and the state of our broken primary system.

Our partisan primary system outright disenfranchises the vast majority of voters from having any influence in who gets sent to Washington, D.C. And as polling data consistently has shown over the years, the tiny minority who do get a voice almost overwhelmingly identify as more extreme than the average American voter.

Due to a combination of partisan gerrymandering and geographic self-sorting, 83% of congressional districts lean so strongly Democrat or Republican that the only election of consequence is the primary election. Despite record turnout in the 2020 election, the report found that just 10% of eligible voters nationwide had a voice in a primary of consequence. Think about what that means for a minute. In one of the most important election seasons of our lifetime, a mere 10% of voters effectively decided the makeup of 83% of Congress.