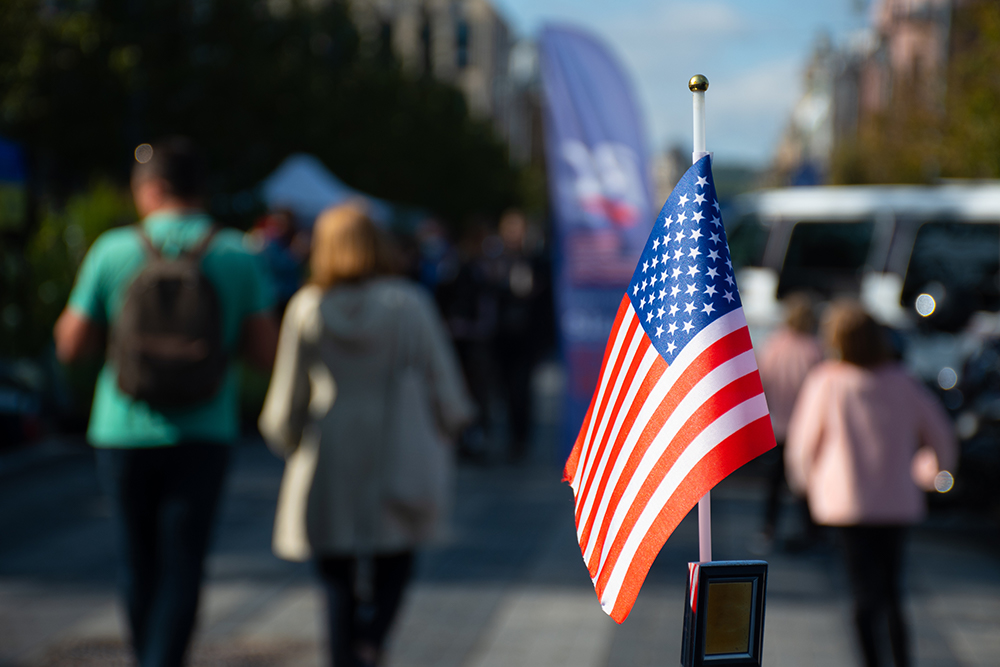 The recent anniversary of the January 6th Capitol riot has Americans reflecting on the forces driving extremism in our politics: how did we get here? Where are we headed? And perhaps most importantly, what can be done to salvage any hope for civility and solution-oriented governing?

A new report from Protect Democracy describes how electoral systems — rather than specific people, parties, or events — have had an outsized political influence on rising authoritarianism in our country. Our single-member plurality system helps predict specific outcomes, shapes incentives, and reinforces behavior among actors. Here are four key takeaways from the report that we’re thinking about:

Election policy can be a nebulous topic, especially between the vast policy differences from country to country, and even within our own 50 states. The report identifies three core component parts within election systems to help draw fundamental comparisons: district magnitude, or the number of seats for each constituency; ballot structure, or how voters can express preferences when casting a ballot; and electoral formula, or how votes are counted to determine winners. Within each of these three components are sample choices, which fundamentally influence electoral outcomes and political behavior.

While designs alone do not generate preordained outcomes, the report points to six core problems inherent in single-member plurality systems.

According to Protect Democracy, the status quo electoral system in most of America accelerates antidemocratic extremism by:

And makes it more difficult to contain and combat antidemocratic extremism by:

Solutions to the pathways are wide and broad, and not just about electoral systems: socio-cultural, geographic, and economic factors are also contributing to democratic backsliding. Any solution set has to include a broad range of activities, from combating misinformation, improving media diets, strengthening institutions, improving civic education, empowering citizens, and much more. Yet as the authors note, “Absent basic changes to the machinery of the system, the behaviors of the system’s actors are unlikely to meaningfully change.”

4. Electoral reforms are possible and powerful in combating extremism.
‍
We at Unite America couldn’t agree more with this sentiment, which is why we support nonpartisan primaries with ranked choice voting to shape the incentives for leaders to represent the broadest swath of the electorate and reinforce behavior like collaboration, compromise, and problem-solving. Powerfully combined as Final-Five Voting, structural electoral reform can solve The Primary Problem.

This is a solution identified by the report, but by no means a panacea. Other proposed election system solutions highlighted by Protect Democracy include RCV for presidential primaries, enlarging the House of Representatives or implementing multimember districts with proportional representation — all targeted at fundamentally changing district magnitude, ballot structure, and/or the electoral formula, and put the interest of voters ahead of partisan or special interests.

Extremism may very well be escalating, but Protect Democracy reminds us that redesign to election systems is both possible, and already underway; they write: “As of June 2021, at least 261 jurisdictions featured an alternative electoral system to single-member plurality, with a fifth of those having adopted an alternative in the past four years.”

We’re grateful allies like Protect Democracy are laying the fundamental groundwork needed to understand just how our election systems have brought us to the precipice of this moment: reform.