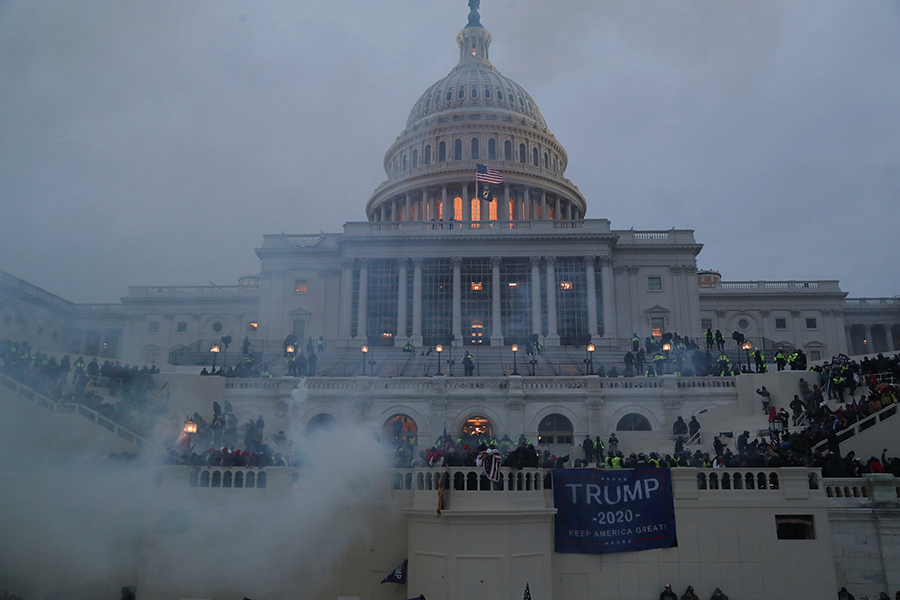 The events of the last week have tested our democracy unlike ever before, as the dysfunction that has long been a regarded a nuisance of our political system showed itself to be an existential threat to our Republic.

In response to the violent attacks, Unite America Executive Director Nick Troiano wrote an opinion piece for RealClearPolitics, calling on congressional leaders to institute much needed reform, as well as reflecting on the leadership displayed by members of Congress that Unite America had endorsed.

A week ago, our nation was sorely tested as a deadly insurrection fueled by self-interested politicians and partisan disinformation aimed to overturn the legitimate results of the 2020 presidential election.

Those images made clear for all to see that our political division and gridlock no longer simply undermine the functioning of our government; they now threaten the very continuity of our democratic republic.

This is a moment not only for unequivocal words, but also for bold action: We must hold the leaders who betrayed the public trust accountable, and we must greatly accelerate nonpartisan reforms to break the doom loop of political polarization that is fueling growing unrest.

In 2020, Unite America supported a cross-partisan slate of candidates who had committed themselves to putting country over party and championing reforms to improve our political system. We are proud that most of these leaders, Democrats and Republicans alike, voted to uphold the will of the people in the last election. In particular, we express enormous gratitude to Rep. Peter Meijer, a Michigan Republican, who has been outspoken regarding the integrity of our elections and the need for honesty from our political leaders.

“It didn’t have to end like this, with five people dead, including a Capitol Police officer. This should be a moment of reckoning for the country as a whole, and the conservative movement in particular,” Meijer (picutred) said. “If the Republican Party ever hopes to regain the public’s trust and lead the country forward after this heinous assault, it must first be honest with itself.”

We agree. We also believe there must be accountability for all 147 members of Congress who voted to object to the Electoral College results certification -- putting party over country -- just hours after the U.S. Capitol was breached by a violent mob. Generations of Americans have risked their lives to protect that building and what it stands for, yet these members refused to even risk their jobs to uphold their oath of office to protect and defend our Constitution.

Accordingly, in this unprecedented circumstance, Unite America has rescinded our endorsement of Republican Rep. Jay Obernolte of California and requested a refund of a PAC contribution to Ohio Congressman Bill Johnson. They made a terrible calculation and their decisions carry significant consequences for our country.

The key to fixing our politics is not just to change who we elect, but how we elect. As long as our leaders’ path to election runs through the extreme bases of both political parties, and as long as both political parties are insulated from any kind of new competition, our country will continue to be torn apart and our democracy will continue to fray.

The events of Jan. 6, 2021, must prompt a clarion call for Congress and state legislatures to eliminate partisan gerrymandering, closed primaries, plurality-winner elections, and barriers to voter participation that collectively disenfranchise citizens, distort representation, and fuel our division.

Fortunately, electoral reform is taking root across the country. Alaska voters, for instance, adopted a reform supported by Unite America last November to implement our country’s first nonpartisan primary with a ranked-choice-voting general election, which will have the impact of rewarding rather punishing leaders who put the public interest over partisan interests. Notably, Alaska’s Lisa Murkowski was the first Republican senator who called for the president’s resignation last week. Reform matters because incentives matter.

Unite America is redoubling our efforts to advance nonpartisan election reforms that fix the broken incentive structure in our political system. And we will continue to hold ourselves and those whom we support to the highest standards of integrity as we work to put voters first.

Read the full piece on RealClearPolitics