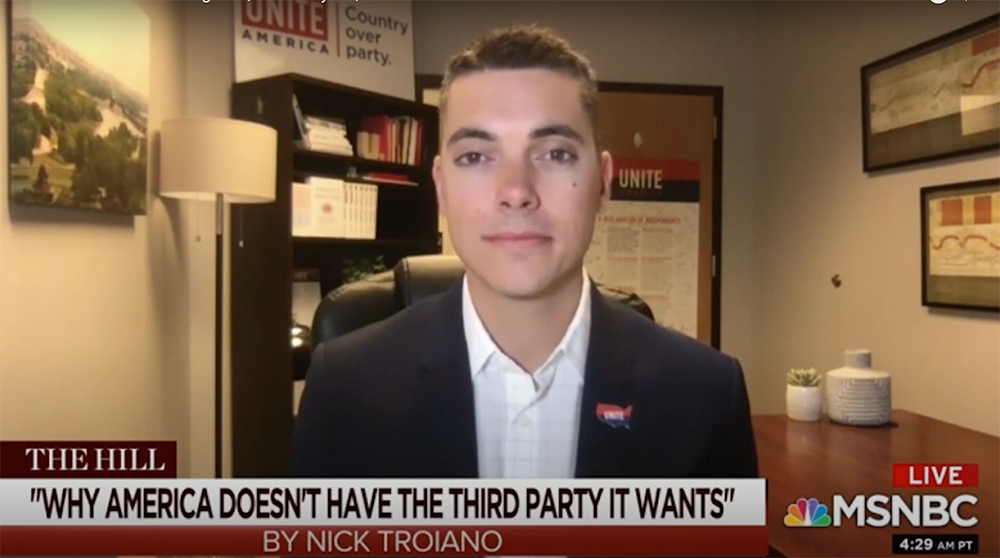 In a recent Gallup poll, 62% of Americans said the two parties were doing such a bad job at representing the American people that a third party was needed.

Yet despite numerous efforts, no successful third party has emerged.

Americans are desperate for representation, and the two-party system isn't delivering. As Unite America Executive Director Nick Troiano writes for The Hill, Americans need to direct their energy towards impactful and meaningful reform. Reforms like nonpartisan primaries and ranked choice voting have the power to transform the political system by restructuring the incentives for elected officials.

"One thing that most Americans can agree on — and maybe the only thing that unites America right now — is a shared understanding that our political system is broken.

Nothing works. Most Americans believe both parties stink, and there’s little comfort in the belief that one stinks less than the other. The path to more choice, better representation and meaningful policy-making runs through electoral reform."

Nick also stopped by MSNBC's Morning Joe to talk about the piece. Catch his appearance here: