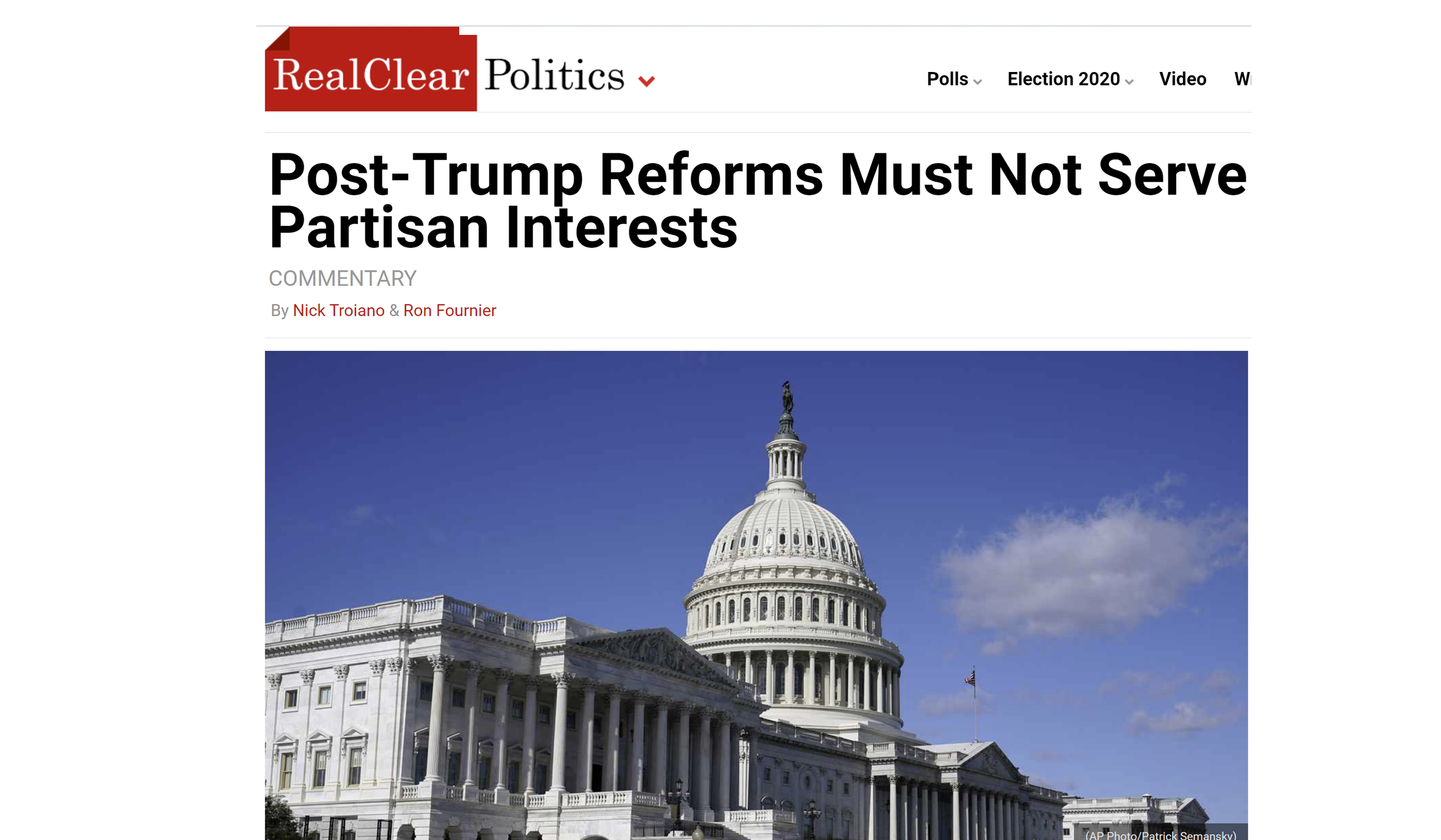 As President-Elect Biden prepares his priorities for his administration, on the top of his list should be reform. Rather than continue down the path of doom-loop partisanship, ineffective and incapable of solving the issues that matter to Americans, Biden can opt for a future of reform.
‍

Much like the wave of reforms ushered in in the post-Watergate era, America again faces the opportunity to build a new system to ensure that our politics work for us. Unite America Executive Director Nick Troiano and advisor Ron Fournier write a new piece for Real Clear Politics:

"The next few years could be an era of post-Trump political reform, but only if we refuse to surrender to partisanship and cynicism – and recognize that reform is already gaining momentum at the state level. Reform isn’t naïve; it’s doable and politically advantageous for both Republicans and Democrats in Washington."