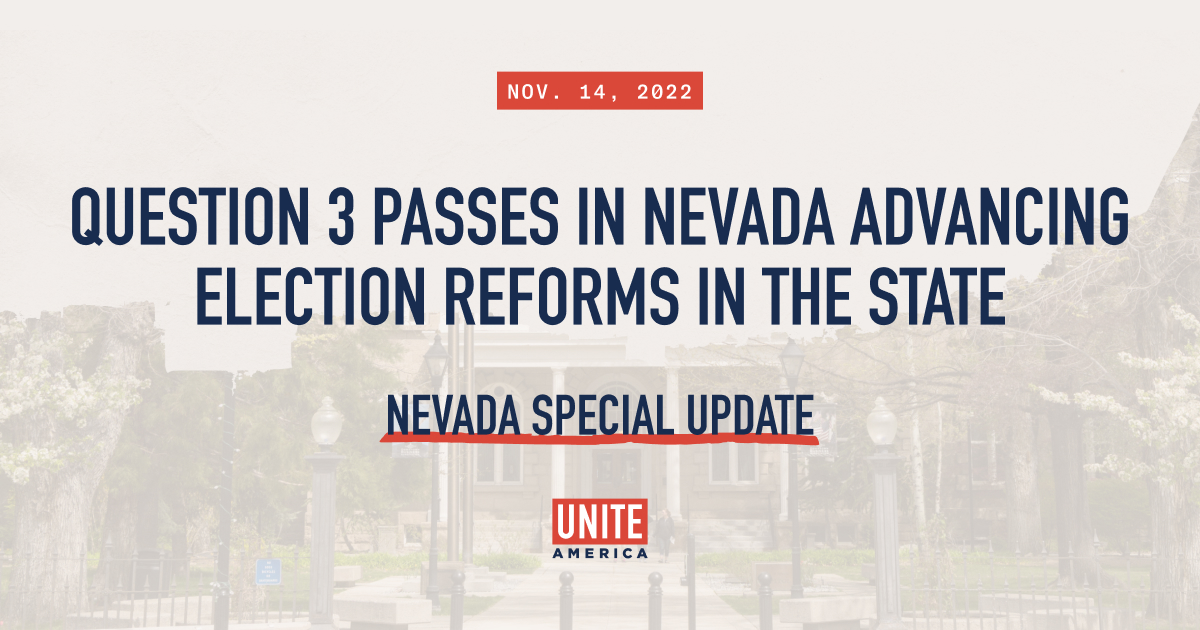 Nevada has put the exclamation point on one of the country’s most significant political stories in 2022: the successful and momentum-filled movement to ensure that American elections put voters first.

The Nevada Independent called a ballot question to advance nonpartisan primaries and ranked choice general elections in favor of the yeses on Friday night, with those in favor at 52% with an estimated 93% of the vote reporting. The measure now moves to the 2024 ballot, when the state’s electorate will vote up or down to make Nevada the second state in the country, after Alaska, to adopt the voting model.

“The headline going into this weekend is that the Silver State took a major step toward giving every Nevada voter, including the 600,000 independents currently shut out of the process, the right to participate in primary elections,” said Nick Troiano, executive director of Unite America. “The headline from this year is that voters across the U.S., from red states to blue states, are continuing to demand an electoral system that provides them with better choices and more representation from their government — and they’re winning.”

The evidence is growing:

This movement is gathering steam at a moment when the country absolutely needs it.

As new research from Unite America shows, fewer voters are deciding an even larger percentage of Congress. In 2022, just 8 percent of eligible voters participated in primary elections in “safe” congressional districts that ultimately decided 83 percent of the House. In 2020, 10 percent decided the same amount.

The developments in Alaska and Nevada are major parts of the solution. And news outlets from MSNBC to Fox News are taking notice. On the morning of Election Day, Axios called it the “Midterm’s untold truth.”