Kentucky and New York Primaries: Progress in Vote at Home and Failures for In-Person Voting 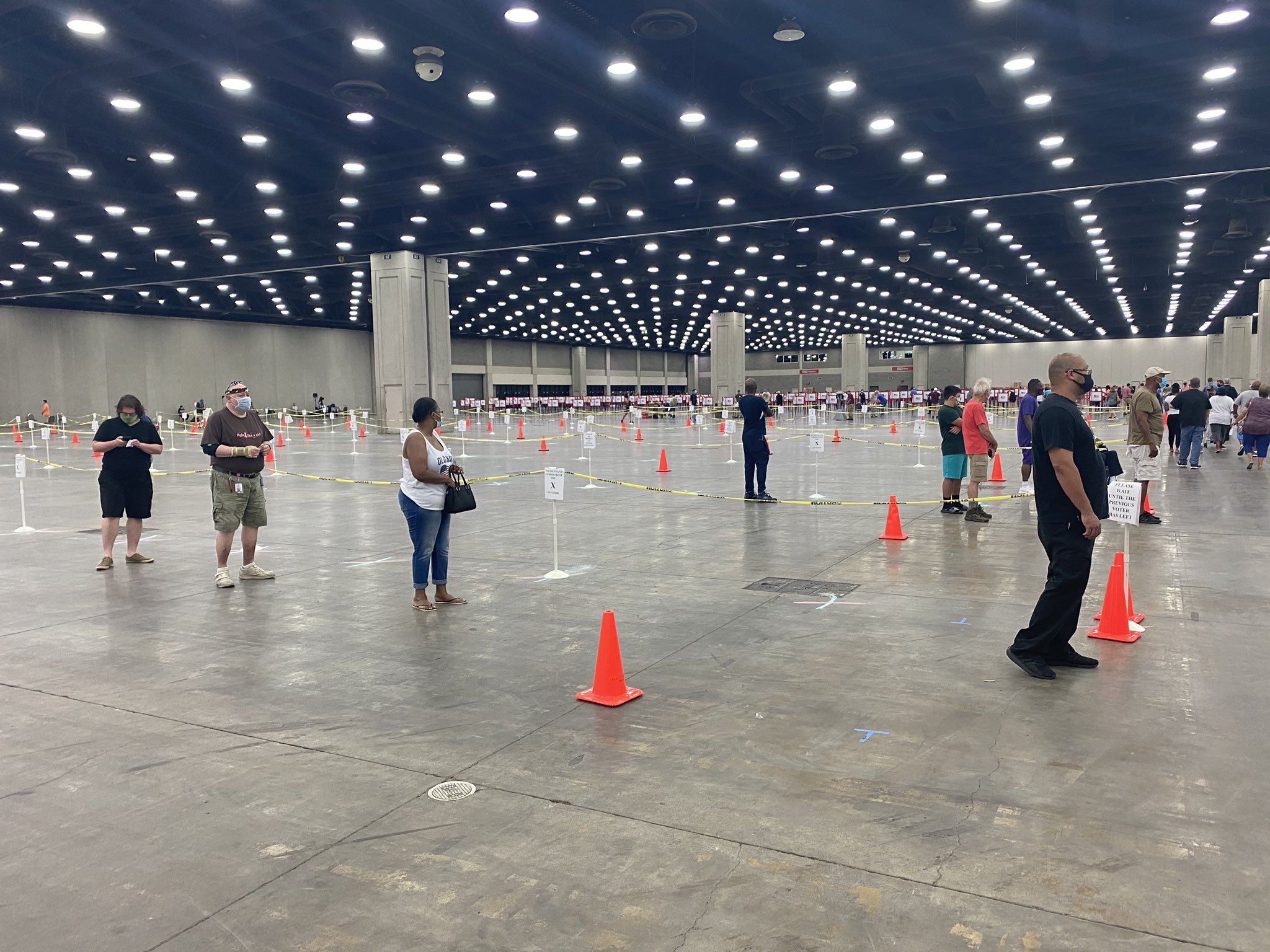 After Georgia’s recent primary disaster, the nation braced for potential calamity in Kentucky and New York’s primaries. Concern over in-person polling locations in Georgia, and absentee ballots reaching voters in time in New York dominated the dialogue and created widespread fear of another disenfranchising election.

But, despite the fears of many, Kentucky wasn’t a disaster.

In fact, there is much to celebrate about Kentucky’s historic primary.

A bipartisan effort between Democrat Governor Andy Beshear and Republican Secretary of State Michael Adams expanded absentee voting extensively for the first time ever. Bipartisan commitment to keeping voters safe resulted in 889,0679 absentee ballots being sent to voters. The most recent news reports a staggering 604,984 ballots were returned. This, in combination with the option to vote early, helped mitigate the strain on in-person polling centers.

These measures both expanded voter access and contributed to record turnout for Kentucky’s primary Tuesday. Although the official numbers are not finalized, results are on track to surpass the high-water mark for voter participation in Kentucky primaries. Turnout is typically 27%, but turnout this year is expected to be reported above 30%.

Despite the significant successes of Tuesday, in-person voting was not without challenges. Polling locations around the state were shuttered as election administrators tried to grapple with a shortage of poll workers. In conjunction with a short voting window, this made it difficult for some voters to get to the polls.

Tuesday evening, as many voters struggled to get to the polls due to traffic and congestion, both the Booker and McGrath campaigns filed an injunction to keep polls open in Jefferson County until 9:00pm. A circuit court order allowed voting to continue till 6:30pm, but the image of voters being locked out of the polling center sent a clear message to the nation: we must do better in providing access to those who still choose to vote in person.

New York, meanwhile, fared worse. Despite the fact that the state mailed out 1,949,997 ballots, problems persisted throughout the day at polling locations. Chaos started in the morning with metro rail delays in the city, which prevented polling locations from opening on time.

Some voters reported they only received presidential ballots, preventing them from voting in down-ballot races.

As of Wednesday morning, neither Kentucky or New York election administrators have been able to declare winners in all of their races. It is reported that tabulating absentee ballots will last at least until the end of the week, and possibly longer. As we near November, voters should expect delayed results as states tabulate an unprecedented volume of absentee ballots.

So what did the country learn from these primaries?

Administering an election in a normal year is already a logistical nightmare; with the added difficulties created by coronavirus, finding sufficient poll workers to man the polls is a herculean task.

In this case, expanded absentee options and early voting worked to alleviate crowded polls, but in-person voting hiccups still left some disenfranchised. To ensure smoother elections in November, states need to staff a sufficient number of poll workers, maintain in-person polling locations, and mail absentee requests to voters as early as possible. Ahead of November, hundreds of thousands of new poll workers will need to be recruited: volunteers and activists can begin signing up now at workelections.com.

Former Governors Tom Ridge and Jennifer Granholm, chairs of VoteSafe released a statement that sums it up well:

“When it comes to preparing our voting systems for November, we must be prepared to execute two simultaneous elections – an in-person option with all of the secure infrastructure and health accommodations that requires, plus a robust and secure absentee ballot process with the support needed to run efficiently.”

The November election is five months away. There is progress being made, but there is still work to be done in both expanding Vote-at-Home systems to all while supporting viable in-person voting experiences. We are on the clock, and voters are counting on solutions.