Independent Candidates & The 2018 Elections: What We Learned 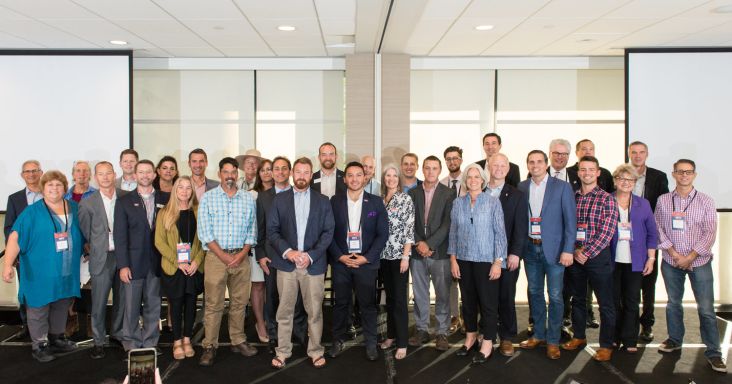 “Independent Candidates & The 2018 Election: What We Learned” is based on more than 40 polls, focus groups with voters, multiple convenings of independent candidates, as well as Unite America’s efforts over the past two years. The report — reflecting on the 2018 cycle in which 431 independent candidates running for office earned over 8 million votes -- is organized around three essential questions:

In 2018, Unite America led an unprecedented effort to support 30 credible independent candidates for state and federal office –– with a large focus on a small number of down-ballot races, especially in Colorado. The organization aimed to help independent candidates win elections by leveling the political playing field through new electoral infrastructure, experienced campaign operatives, and a robust donor network.

Extensive polling seemed to validate this theory: at the time, a record high (42%) of Americans identified as political independents while 68% of voters believed the two parties poorly represented the American people and that a third was needed.

While the independent movement succeeded in overcoming many structural barriers to competing with America’s entrenched two-party duopoly, electoral outcomes suggest our collective understanding of the political environment, in retrospect, seems to be exactly incorrect. Of the 431 independent candidates appearing on the ballot in 2018, 14 were elected. Of those, just one — incumbent U.S. Senator Angus King — won a three-way contest.

As the report details, the midterm elections failed to demonstrate that there is any meaningful, existing constituency for centrist, independent candidates. In the political environment as it exists today, there is no evidence of a cohesive coalition of voters simply waiting for the opportunity to cast their ballots for leaders who run outside the parties and broadly promise to rise above petty partisanship to solve problems.

Counterintuitively, growing partisan polarization has likely done more to shrink, rather than grow, the opportunity for the independent candidates in the near term.

The number of Americans who view the other party unfavorably — even as “a threat to the nation’s well-being” — has rapidly risen and nearly tripled over the past three decades. In the context of a growing culture of contempt between the parties, voters have shown themselves to be motivated more by primordial instincts to vote against their tribal enemy than by a well-grounded intellectual argument to vote for an alternative to the two-party system as a whole, however unpopular that system may be.

While most independent candidates — including those in two-way races — came up short in 2018, several found winning recipes and shared best practices. First and foremost, candidates recommended taking clear issue positions on the issues most salient to voters and only using system/process arguments when they directly relate to improving people’s lives. Candidates also shared messaging tactics to overcome the spoiler argument, why finding a wedge issue against opponents is essential for independents, and how they wished they had invested resources in more fully-funded ground games.

The Women’s Suffrage, Civil Rights, and marriage equality movements recognized that their success was predicated on changing culture. These movements used their efforts to challenge laws, enact legislation, and elect candidates not just to advance policy, but as organizing mechanisms to create large-scale shifts in the American public’s perceptions, understandings, and attitudes. To advance justice for gender, racial, and sexual minorities, advocates appealed to our common values and aspirations as Americans. The independent movement should follow their example.

Our topline conclusion regarding the seemingly insurmountable electoral barriers facing independent candidates in the short-term is not intended to discourage leaders who desire to run and serve the public untethered to either political party. Rather, we offer this clear-eyed assessment as a grounding insight to challenge the independent movement’s electoral assumptions and, more importantly, serve as a call to action to lead a new movement that changes American political culture as we know it.