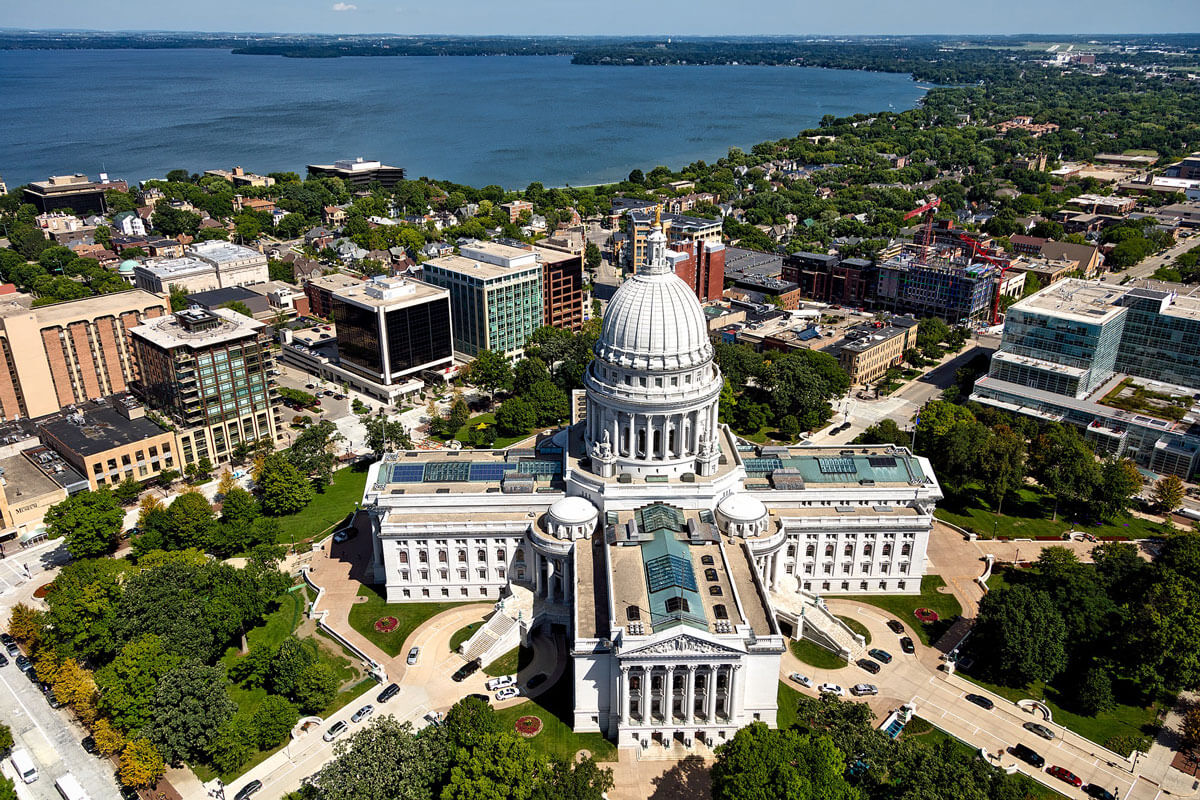 If voting is the purest form of representation, what transpired in Wisconsin on Tuesday should cause concern for all of us. Voters were asked to put themselves at risk, waiting for hours in long lines at a limited number of polling centers in the hail and rain in order to exercise their civic duty to vote, the most fundamental tenet of our democracy.

Rather than delay their election as other states have done, or move to an expanded absentee ballot system, a showdown between the Wisconsin Supreme Court and the governor meant that the state’s primary election went on, despite a global pandemic.

There are crucial lessons to glean from what happened in Wisconsin, for state leaders, local election administrators, and the country as a whole.

Fortunately, a solution to the problems we’re observing exists and doesn’t require delaying the November general election: vote at home.

Here are the four most glaring problems in Wisconsin and how vote at home systems fortify our democracy in the face of a pandemic.

Despite warnings from local health experts and a letter signed by mayors representing 1.3 million constituents and 10 of Wisconsin’s largest cities, state legislators refused to delay the election. The Republican-controlled state Supreme Court struck down Governor Tony Evers’ day-before attempt to delay the election, and the U.S. Supreme Court affirmed the ruling and said that ballots had to be postmarked or received by election day.

In addition to the presidential primary, there were other important races on the ballot for local offices as well as the state Supreme Court. The legitimate concern for the health and safety of voters should have been enough to delay the election.

16 states and Puerto Rico have pushed back their presidential primary or extended their vote by mail deadlines. It’s not just blue states, either. A number of Republican “trifecta” states -- those in which the governor, state house and state senate are Republican-controlled -- have all delayed their elections or expanded their absentee ballot programs to allow more voters to participate safely. Ohio (one such Republican state), recently extended the opportunity for voters to cast an absentee ballot to April 28, nearly six weeks after they suspended their March 17 primary. Fellow Republican controlled states Georgia, Indiana, West Virginia and Wyoming made similar moves. There’s no reason why Wisconsin couldn’t follow suit.

Postponements to primary elections should be conscionable if it means protecting the health and well-being of local communities and stopping the spread of COVID-19.

Postponing national elections -- especially the one in November for which legislators have time to respond -- should not be an option. States can prevent the delay of future elections by implementing vote at home systems, which is not a partisan issue.

The majority of voters support increased access to vote at home amidst the coronavirus pandemic, regardless of partisan affiliation.

Wisconsin already has no-excuse absentee voting, a crucial element of sound vote at home policy. However, their existing infrastructure was overwhelmed with absentee requests (nearly 5 times as many ballots were requested as the spring 2016 election) and a large number of voters (perhaps close to 9,000) say the absentee ballots they requested at the end of March never arrived.

It takes time for election administrators to process absentee ballot requests, for mailed ballots to be sent, and for election administrators to verify and tabulate ballots. When decisions are made overnight, there’s simply no way to execute a successful, secure system without planning ahead, scaling up systems, mailing requests to voters before the election, and allowing lead-time to process each step. Unite America Institute’s new report breaks down what each state must do in order to implement a successful, scaled vote at home system this November.

From the perspective of voters, participating in elections relies on two things: understanding the options to access a ballot and setting aside the time to actually mark a ballot. Wisconsin failed miserably in granting voters either.

Though the election results won’t be certified until April 13, early indicators suggest turnout was down. In Madison County, unofficial turnout numbers indicate about 50 percent turnout, down from 66 percent in the spring of 2016. In Milwaukee, about 75,000 ballots have been cast, less than half of those cast in spring 2016.

Unfortunately, these numbers aren’t surprising given that hundreds of polling places were closed due to a lack of poll workers, leaving voters standing in long lines. Poll workers, already in short supply, are overwhelmingly older Americans put most at risk by coronavirus. Sensibly, rather than risk their health, many volunteers chose to stay away.

Milwaukee, a city of 600,000 people, went from having 180 polling locations to 5. Some Green Bay voters waited in line past midnight, 4 hours after the polls closed. Other in-person polling locations across the state were short of nearly 7,000 poll workers. A state-wide stay at home order and one polling location for tens of thousands of voters doesn’t mix well.

Additionally, the last minute court decisions caused voter disenfranchisement. While a district court had initially extended the absentee voting deadline to allow postmarked ballots to be counted if they were received by April 13, on Monday night the U.S. Supreme Court voted 5-4 to reinstate the postmarked deadline to April 7, a flip-flop that cause uncertainty and confusion among voters.

Wisconsin also requires absentee ballots to have a witness signature in order to be counted. The district court judge initially ruled that voters could turn in their ballot without a witness signature if they provided a written statement saying they weren’t able to obtain one. However, the appeals court overruled the lower court - those who voted during the no-signature-required  period would not have their ballots counted. Those voters also couldn’t obtain a new ballot at the polls on Tuesday.

These issues can be mitigated with a vote at home system. It requires clearly communicating any new process with voters in advance and allowing voters time to request ballots through easy to access mediums. Additionally, states can allow for early voting and maintain some in-person polling places to spread the crowds over time as opposed to a surge of crowds on election day. These changes are more than warranted given the considerable stress on our systems, especially if it means keeping voters safe.

We don’t need to waste time pointing fingers. There was plenty of party versus party and intra-party bickering. But pandemics aren’t partisan: they threaten the health and safety of our communities regardless of political identity. The opportunity to vote shouldn’t be made partisan either. A decision should have been made weeks ago to scale up systems, but the inevitable back-and-forth finger pointing led us to this truly ridiculous moment.

Voting at home isn’t partisan. It doesn’t benefit one party or the other. It puts voters first and maintains election security. The time to act is now.