Four Problems in Iowa that RCV can Solve 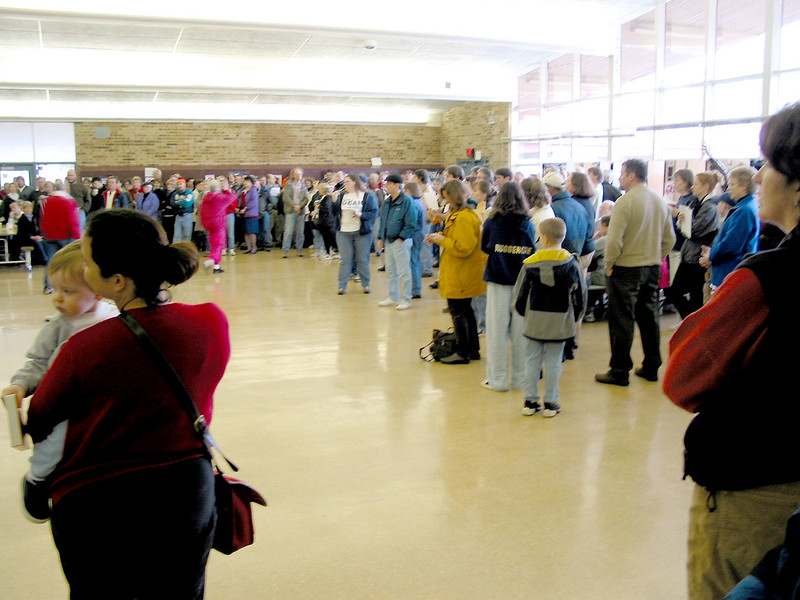 Failed systems. Delayed results. Frustrated voters. The Democratic Party’s nomination process is off to a rocky, yet avoidable, start.

The problem is being blamed on a number of factors: an app unable to reliably tabulate results; a backup phone system that failed; reliance on volunteer poll workers to calculate delegate counts.

Caucuses actually solve a real problem in America’s election system: voters usually can only support one person. If you only get to support one candidate, you're forced to consider who is most viable and not just who represents you best -- and people are elected based on perceptions of who can win rather than true preferences. Caucuses solve this problem by allowing voters to express a second choice if their first choice does not meet a minimum threshold of support.

Yet, there are also clearly fundamental issues with caucus process as we now know it: the person with the most support may not win the most delegates; when people vote with their feet, there is no paper trail; when you vote in public view, you lose your right to a secret ballot; and everyone is required to show up at the same time, decreasing turnout especially among communities like students, the elderly and service economy workers.

In a presidential primary election, the candidate with the least amount of first place votes is eliminated and the second choice preferences of voters’ who supported that candidate are counted. The process continues until all remaining candidates have 15% of the vote, at which point state delegates are allocated on a proportional basis.

Implementing ranked choice voting would make sense for Iowa, and for any state party that desires to put voters first and realize the preferences of all voters. Four states have already caught on. Democratic primary voters in Alaska, Hawaii, Wyoming and Kansas will cast ranked choice ballots this year.

Ranked choice voting solves a number of problems with the caucus system. Let’s consider them in turn:

Candidates in Iowa’s caucuses are deemed “viable” on a precinct to precinct basis, only advancing if they earn more than 15% support. Further, because each precinct only awards a limited number of delegates, the proportion of delegates to votes earned is often skewed. The upshot is that -- once all delegates have been assigned nationwide -- the candidate with the largest share of support after alignment may not actually earn the most number of delegates.

A key source for the delayed results may be that the state is trying to independently verify that all 1,600+ precincts awarded their state delegates properly.

After the 2016 caucus in Iowa, the Bernie Sanders camp argued that it may have won the statewide vote, even as it lost the contest for state delegate equivalents. Iowa’s caucus system favors rural areas and does not reward nearly winning an additional delegate in multiple precincts. This complaint forced a recent rule change (the state party must produce the statewide vote count on both the first and second ballots) that was partially blamed by the state party for causing the delay.

Ranked choice voting solves this problem by establishing a statewide viability threshold at 15%. All votes from across the state are counted in one pool and if a candidate does not receive 15% they are eliminated. A switch to ranked choice would guarantee the person with the most support wins the most delegates.

During the Iowa caucuses, voters move around gymnasiums, autoriums, and libraries to cast their ballots. For the first time this year, voters filled out “preference cards” with their second round votes after it had been determined who was viable. But, preference cards were not collected for the first round of voting. Therefore, election administrators could verify results of the final round of voting but have no way of verifying all viable candidates were advanced to the second round. Paper trails of voters’ complete ballot preferences are essential to ensuring the integrity of our elections.

Ranked choice voting solves this problem by ensuring that all voters’ preferences are cast on a ballot that can be traced and verified long after they have left the polls.

A hallmark of free and fair elections is the right to a secret ballot. The right is enshrined in international treaties and agreements including the Universal Declaration of Human Rights, the American Convention on Human Rights and the Convention on the Standards of Democratic Elections.

Ranked choice voting solves this problem with a simple ballot design that will remind voters of test-taking on scantron as they are required to fill in a bubble for their first, second, third and subsequent choices.

It’s rather inconvenient to show up to a public location one evening on a Monday in February just to be able to participate in your state’s nomination process. Further, voters have to stick around, wait for first round votes to be counted, participate in a re-alignment process where they’re lobbied by supporters of other candidates, and be counted in a final round. The Iowa state party announced that 2020 turnout was on par with 2016 turnout, when only 15.7% of the eligible electorate participated. That’s well below the 28.5% that participated in party primaries the same year.

Ranked choice voting solves this problem by allowing voters to vote whenever is most convenient for them, at a polling place or by casting an absentee ballot.

Thanks to the hard work of Voter Choice Massachusetts and Alaskans for Better Elections, 2020 voters in the bay state and on the last frontier will have the opportunity to approve the method for all state and federal elections in the future.

There are a number of other benefits to ranked choice voting, too. Candidates tend to run more civil campaigns, attacking their opponents less as they seek second and third place votes. More women and minorities run for office, and they are more likely to win. Municipalities save taxpayer money because automatic run-offs decide the winner when the leading candidate does not earn 50% support.

Adoption of ranked choice voting would ideally be complemented by a switch to a vote by mail system that allows voters to participate from the comfort of their own home. Mailed ballots weeks ahead of election day, voters have time to research candidates, rank their preferences, and return ballots to a secure drop off location, in person to a polling place, or by mail. Primary turnout is, on average, 10% higher in areas that use mailed ballots and such a system would give election officials lead time in tabulating results before election day.

If the goal is to capture the full preferences of voters, there’s a better, faster, and more reliable way to count votes in Iowa and across the country.