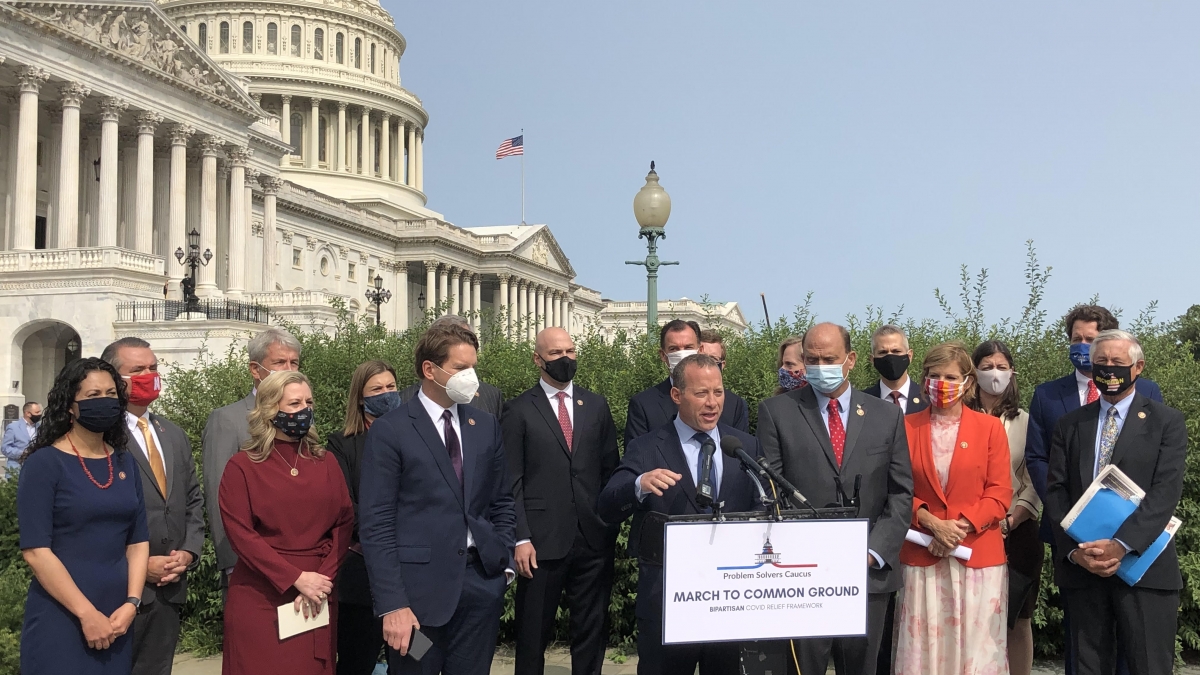 A major bipartisan proposal to break the gridlock on desperately needed covid relief funding has been proposed in Congress, and there is buy-in from the White House to use the package as a starting place for further negotiation. Yet, reality is quickly setting in: the institution of Congress — with so much power concentrated in leadership — is so dysfunctional that even big ideas with big constituencies fail to see the light of day.
‍

---
The narrative around additional federal coronavirus aid has been continually marred by partisan finger-pointing, as each side blames the other for Congress’s inability to reach consensus.

It’s a familiar story, but perhaps more frightening given the pandemic rages on, wildfires and hurricanes are threatening people’s homes and livelihood, state legislatures are strapped for cash, and Americans overwhelmingly support the continuation of stimulus and relief programs.

The cost of inaction has real-world consequences: millions of Americans are unemployed, and haven’t received additional unemployment benefits since the end of July; continued disagreement on the extension of support only begets greater uncertainty for those who need help, most.

Last weekend, CNN reported a deal was unlikely until after the election. But behind the scenes, members are working together across party lines.

This week, 25 Republican and 25 Democrat Representatives in the House Problem Solvers Caucus released the “March to Common Ground,” a bipartisan COVID-19 relief framework.

A Problem Solvers Caucus working group spent six weeks listening to constituents throughout the country, engaging key stakeholders, and debating and deliberating as a full caucus to reach a cooperative solution.

This is what governing, and specifically legislating, is supposed to be about: we need solutions to the urgent, often crippling, problems people face; we need to put public safety and the interests of voters ahead of partisan, special interests; and we need Representatives who seek to find common ground and work across the aisle, often requiring compromise.

Yet, a key problem afflicting progress on issues Americans care about most, like COVID relief, is that the concentration of power and decision-making lies with a few select party leaders.

Already, Democratic leadership released a statement in response rejecting the PSC’s proposal, claiming it fell short of what is needed to save lives, boost the economy, or protect the life of our democracy.

If only a handful of party leaders control the outcome of legislation, or whether it’s even discussed, why do we elect 535 people to represent us in Congress?

While Congress — which has an 21% approval rating — may seem dysfunctional, there are prospects for reform.

The Problem Solvers Caucus has a strong track record of effective, bipartisan governing, including reform solutions aimed at fixing the way Congress operates. The rules adopted by the 116th Congress included several proposals from their “Break the Gridlock” proposal, a collaboration of structural fixes from members on both sides of the aisle.

Similar stories of compromise are demonstrable from the House Select Committee on the Modernization of Congress, a group of Republicans and Democrats in the 116th Congress who effectively found compromise on solutions to improve some of House’s most basic, yet essential, functions. Reauthorization of that Committee in the next Congress would provide an outlet to further develop bipartisan solutions.

While fixing Congress as an institution remains a long-term priority that would allow for major bipartisan agreements like the one reached this week to become law, there is still hope in the short term: the proposal introduced by the Problem Solvers Caucus may bring both parties, and the president, back to the table. In a Wednesday CNBC interview, White House Chief of Staff Mark Meadows said he thinks the proposal will move the needle, and provides a foundation for leaders to come back to the table.

“I think it’s a very thoughtful suggestion. Whenever you have Republicans and Democrats coming together to put forth a compromise… not only am I encouraged, I think the President himself is encouraged,” said Meadows.

There is no more apt time than this current crisis to ditch the party flags and transcend partisan politics — the Problem Solvers Caucus did just that in the name of the Americans they serve. Party leaders should take them seriously.