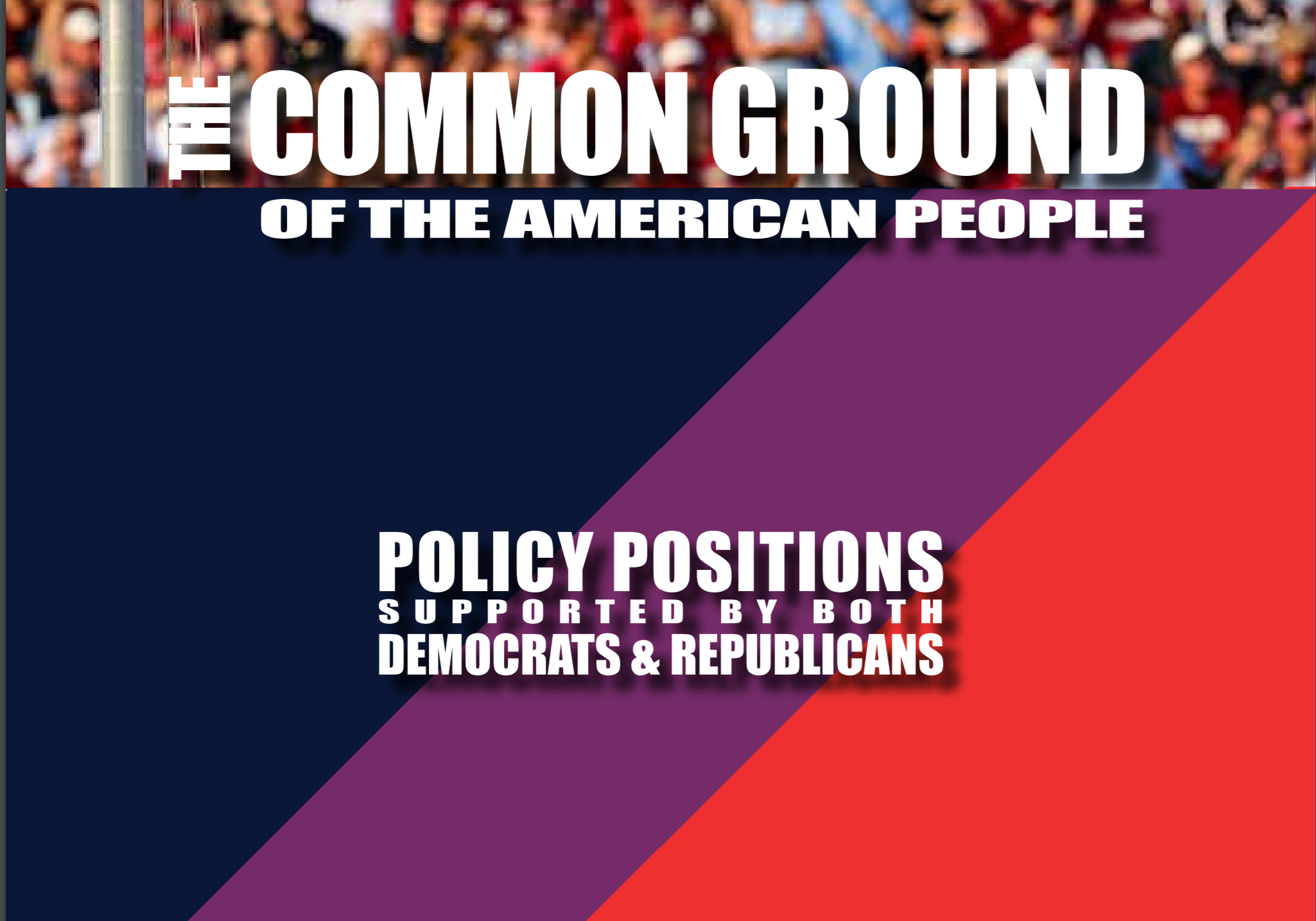 When we look to our TVs and Twitter feeds, our minds are populated with images of red and blue -- strident disagreements that paint our fellow Americans as enemies.

It is no wonder that language of division permeates our politics. The American public has been molded to believe there is little to no consensus among us. We believe the worst of each other and see political solutions as idealistic and overly optimistic.

Despite this, the belief that America is destined to division and disagreement is simply a myth

In a report published by the University of Maryland’s Program for Public Consultation, “The Common Ground of the American People,” researchers found Americans are not as divided as we may seem.

Using a new system of polling, researchers took the time to conversationally explain both sides of the argument and explore the specifics of the policy ideas. This research is one of the largest studies of its kind with over 80,000 respondents over five years. The new method encourages people to be responsive to opposing viewpoints, and reveals that Americans have plenty of common ground on the hottest issues of today.

Which policies are there consensus on? Over 150 of them. Police reform, immigration, poverty programs, helping the working poor, Federal Jobs Programs, Social Security, environment and energy, campaign finance reform, nuclear weapons, Federal budgets, taxes, and health care all had nuances that the majority of Americans from both parties, and independents, agree on.

The data is hopeful, confirming that Americans are much more than their knee-jerk reactions. When given the opportunity to converse and explore solutions, people are reasonable and much more moderate than the Congress that represents us.

So what is our response? Where do we go from here?

We can start with Congress. The way constituents want members of Congress to serve is unclear. Some prefer bipartisan cooperation while others prefer a strict adherence to party lines, but there is clear support for increased responsiveness to voters. Extremism is bred from feeling unheard and neglected; the American people need accountability. If Congress is more attentive to the needs and attitudes of voters, rather than party politics, there could be an increased opportunity to explore nuances and deliver solutions to the issues Americans have common ground on.

Beyond that, we can look at political reform on a larger scale. If there is consensus and things are still not being done, it is representative of a broken political system. People desire change for this country. Inaction is crippling, and there is a strong desire to transform politics. If America takes seriously the reforms of ranked choice voting, nonpartisan primaries, and ending gerrymandering, the American political system can be restored to respond to the attitudes of Americans and produce meaningful legislation capable of bipartisan support.

The consensus is there -- all that remains is the need for a system that is effective and representatives that put the needs of voters first.