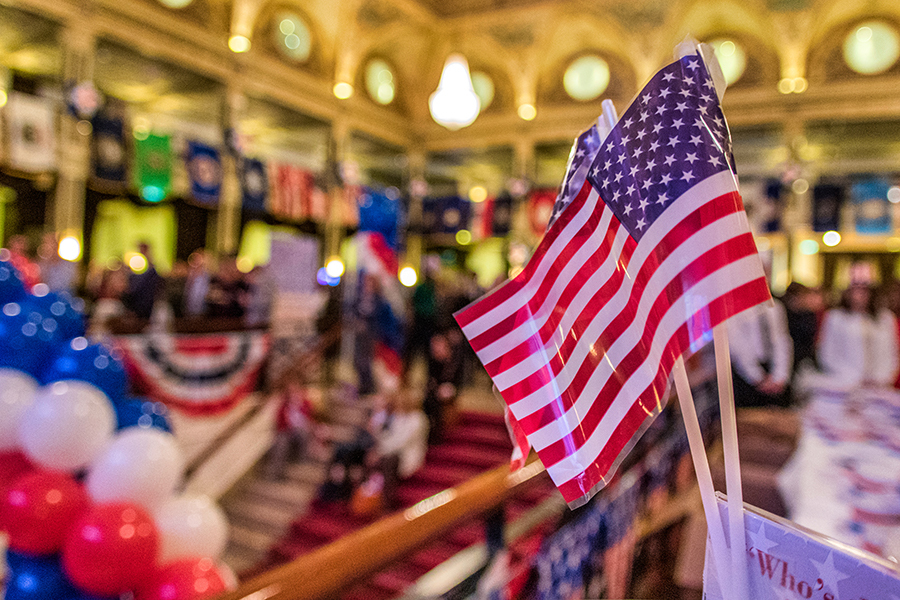 The buzz of election night is enough to make any political junky’s heart flutter. The press, the parties, the anticipation as polls close and states announce their winners — all of it culminating with the announcement of who will be leading our nation for the next four years.

Some will win — others will lose. The nostalgia of election night are threads that have been woven into tapestries of democratic tradition. Americans love election night, but more so, we desire to have answers and avoid political uncertainty.

But in a year of endless fear and patience, Americans will be asked yet again to show patience and understanding on election night.

Simply put, it can’t be the same as it’s been in the past — it shouldn’t be.

The influx of vote-at-home ballots across the nation is a sign of progress; election administrators providing voters with safe alternatives to traditional voting methods. In exchange for a much needed, albeit hastily set-up safe way to vote, we must extend time to those processing and counting the millions of ballots expected to arrive by mail.

We will not have presidential results on election night because of the sheer volume of voters using vote-at-home ballots across states with very different rules, and understanding the process of counting these votes should enlighten wary voters as to why it simply is not a reality.

Counting absentee ballots is a process. In between unsealing envelopes and verifying signatures, preparing vote-at-home ballots to be counted requires time, and many states have laws prohibiting processing until election day regardless of when the ballot arrives. 4 states currently make election administrators wait to process ballots until election day (even though the number of mail-in ballots in need of processing will surely be exponentially greater than past elections). Critical battleground states — like Pennsylvania and Wisconsin — will likely take longer than election night to have results given their processing laws.

Similarly, 32 states and Washington D.C. are not allowed to begin counting ballots until election day. Even if the ballots are processed as they arrive, election officials are prohibited from scanning barcodes and beginning the actual process of counting votes until November 3rd. Some of these 29 states have even stricter laws for absentee ballots; 12 states and Washington D.C. can’t begin counting any ballots until after polls close on election night.

Another provision to protect the integrity of mail-in votes is a curing period; curing periods allow voters to fix or “cure” their ballots if an issue is found that would otherwise prevent the state from counting their vote. Mismatched signatures or unsigned ballots are the most common issues found on mail-in ballots; currently 19 states permit a period to allow voters to correct a signature discrepancy or sign their ballot if they forgot. 13 of those states permit corrections to be made after election day.

With these realities in mind, it simply isn’t ethical or feasible to call the presidential election the night of November 3rd. Millions of ballots will remain uncounted by the end of the day. Instead of pressing election officials to meet an unrealistic deadline, the American people must understand that in order to count each and every vote — to uphold the integrity of our election — we must wait.

Unique challenges will require supreme patience from the American people. We will patiently wait; not because it is convenient or easy, but because we must value integrity over speed, and due process over incomplete or inaccurate results that will further degrade our democracy.