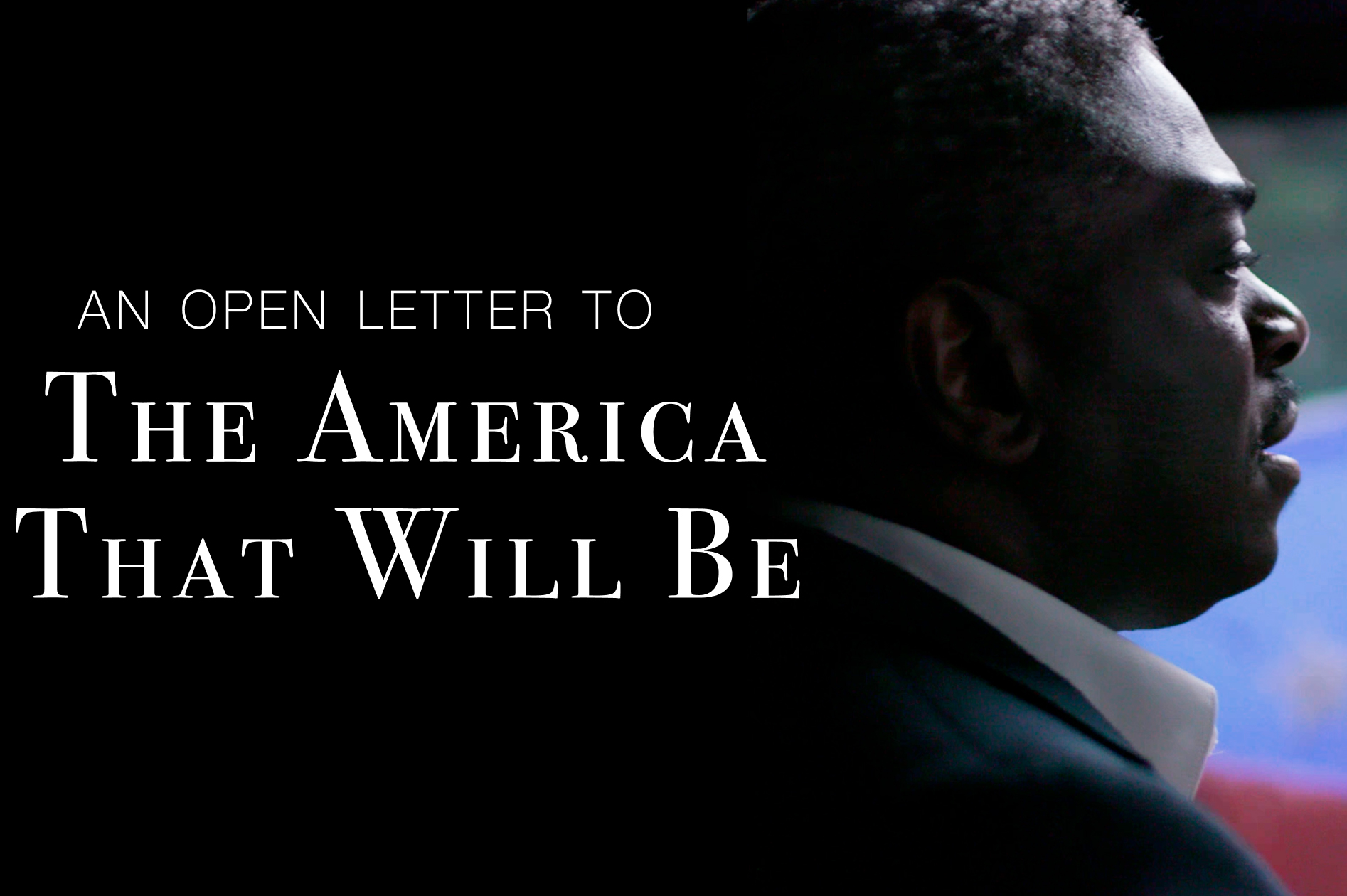 One year ago, on January 6, 2021, violent rioters stormed the US Capitol. The attack represented one of the darkest days in American history. Never before had the Capitol been seized like that, by Americans determined to subvert the proceedings of our democratic process — fueled by political lies, disinformation, and self-interested politicians.

Never before have we seen so clearly American democracy teetering on the edge. On the anniversary of that heartbreaking day, we invite you to join us in a moment of reflection on what remains at stake and how we light a way forward out of dangerous political division.

In a new video from Unite America, noted poet and author Regie Gibson delivers a powerful reflection on the state of American democracy,  in his new original poem, “An Open Letter to the America that Will Be.”

Gibson, an author and educator, in addition to poet, reflects on the events of January 6th and the divide that both led us to that day, and that has since grown across our politics. Fueled by a system of broken political incentives — from things like gerrymandering to partisan primaries — politicians have failed to lead in solving the key issues of our time, from immigration to healthcare to the national debt.

Yet as Gibson notes, there is a way forward. By drawing on America’s rich history of reform and revival in our political system, Americans have the ability to change our future, creating the promise of a better tomorrow for the next generation — the America that will be.

Unite America and our allies are on the front lines–defending our democracy and reforming our political system–and it’s an all-hands on deck moment. The time is now. Join the movement to put voters first in 2022. We’ve got work to do.