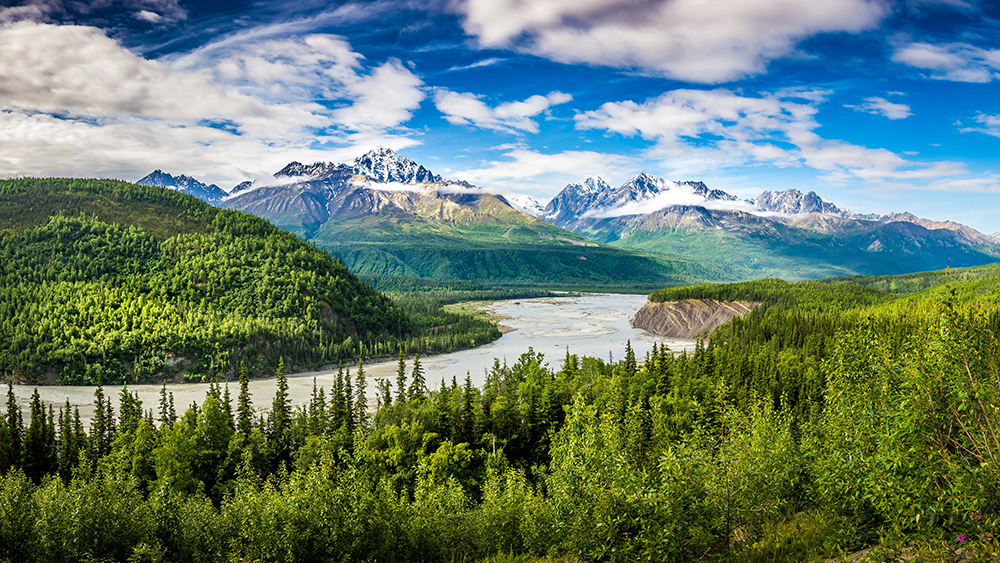 Alaskans pride themselves on being different from the “lower 48,” pioneering solutions that address problems unique to the Last Frontier.

True to form, voters just passed a first-of-its-kind ballot initiative to open primaries to all voters (regardless of political affiliation), advance the top four vote-getters from the primary to a general election decided by ranked choice voting (also known as final-four voting), and strengthen disclosure on “dark money” spending in elections.

Like most democracy reform, the success of Measure 2 has been a long time coming. Alaskans have struggled for years with the two-party system. Over half of the state’s voters do not affiliate with either of the two major parties, making the state’s party primary system a poor way to capture the preferences of all Alaskans.

As a result, a small percentage of partisan voters often decide who appears on the ballot in general elections. This phenomenon was front and center in the state’s recent primary, where five incumbent Republican legislators lost their seats for being too willing to compromise: in one of the Republican races, only 7.5% of the district’s eligible voters decided the winner.

Following years of spoiled elections by independent and third party candidates, partisan gridlock on issues (how best to fund the Permanent Fund Dividend, anyone?) and the loss of good leaders on both sides of the aisle, pressure for reform mounted.

True appetite for the Alaskans for Better Elections campaign began to take root following the 2018 election, when independent candidates either dropped out or lost races because of the “spoiler” effect in plurality voting. A team of locals, passionate about improving governance, drafted the three-pronged measure as a solution that would better ensure voters more choice, voice, and power in their elections, rather than choosing between the lesser of two evils.

The measure withstood court challenges in October 2019 surrounding the state’s single-subject rules, a ruling eventually upheld by the Alaska State Supreme Court in June 2020. The campaign successfully gathered over 41,000 signatures in all 40 house districts, far surpassing the threshold required, from voters who all agreed: it was time for a change. The Anchorage Daily News, a bipartisan group of sitting legislators, well known former politicos, major business industries, and every-day Alaskans of all stars and stripes endorsed the measure, further solidifying consensus on the merits of the initiative.

The changes laid out in Measure 2 will take effect in 2022 for all statewide elections, where seats for the U.S. House, the U.S. Senate, the governor, and the legislature will all be up for grabs.

With the passage of Measure 2, when facing choices about what’s best for their state, leaders no longer have to question whether they can survive a primary challenge with low, often partisan turnout. Now, instead of fearing being “primaried,” elected officials — such as Senator Murkowski (R) or legislators in the cross-partisan House majority governing coalition — can govern more independently pragmatically.

The change comes at a critical point for Murkowski; this summer, President Trump vowed to campaign against the senator in 2022 for making more moderate choices, such as her vote against GOP efforts to repeal the Affordable Care Act and opposing Brett Kavanaugh’s nomination to the Supreme Court.

But this reform will help beget a different style of governing — one that allows for leaders, regardless of party, to find common ground on the needed solutions in the spirit of doing what’s in the best interest for all Alaskans.

While the election system will be unique to Alaska, the reform would also work effectively in other states. In fact, when it comes to reform, states lead the way in demonstrating proof of concept: California, Washington, and Nebraska all have similar primary systems (the top-two vote-getters advance from the primary) and Maine utilizes ranked choice voting statewide (and just made history using the system in the presidential election).

A democracy worth participating in, with representative and accountable leaders, starts with better elections. Alaska, the land of promise, leads the way.

North to the Future.

The Unite America Fund was proud to support the Alaskans for Better Elections effort.