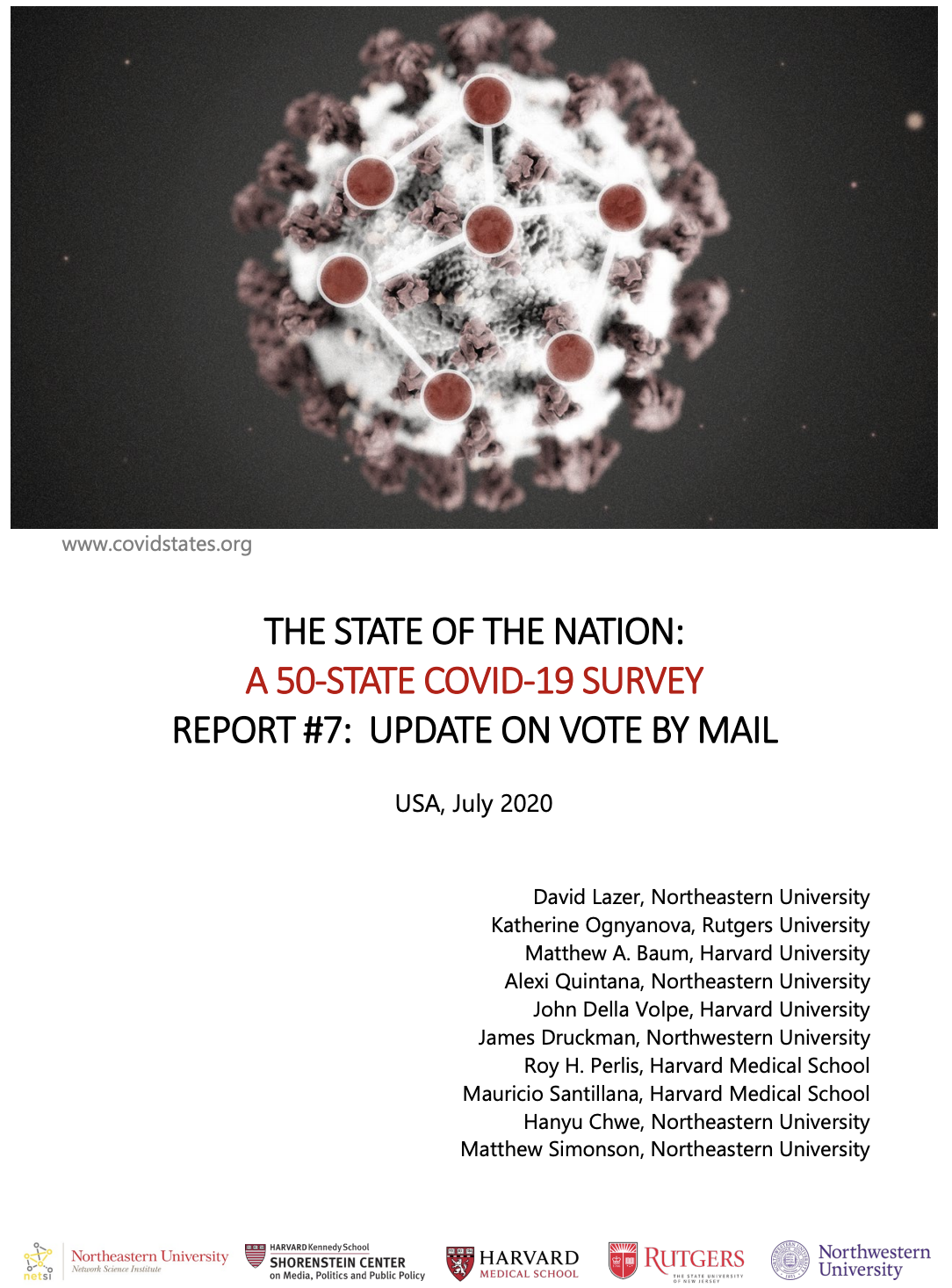 2020 has presented seven full months of crowded news cycles, a global panic, and mounting political tension. In the midst of uncertain times, we do know this for certain — November 3rd will come.

Time will not stop moving, and America must prepare for this year’s unprecedented election.

In order to administer an election that protects the health of voters while maintaining a strict level of security, our election administrators must take preparation seriously.

“The State of the Nation: A 50-State Covid-19 Survey,” a study published researchers at  Northeastern University, Harvard University, Rutgers University, and Northwestern University collected data from all 50 states regarding voter attitudes toward mail-in voting. Findings underscore the urgency of installing robust Vote-at-Home systems.

In response to the pandemic, the support for voting by mail is more popular than ever. Of course, this is not surprising; voting at home offers clear benefits. Voter safety and higher participation are wins for our democracy. In fact, the study reports that 64% of likely voters support making it easier to vote by mail.

And shouldn’t that be the case?

All voters should have a safe opportunity to express their opinions at the polls. Personal health should not have to be sacrificed for those who participate in an increasingly important election.

In states such as Colorado, Washington, Oregon, and Utah, mail-in voting has been the norm for years. The systems in place are efficient, and have generated higher participation levels with minuscule instances of fraud. These states are fully equipped to handle the high demand of mail-in ballots come November, but the same cannot be said for the rest of the nation.

In past years, the demand for mail in voting has remained relatively low — only 21% of voters cast ballots by mail in 2016. Now, the current pandemic has shifted attitudes out of necessity. The study reports that 41% of voters are “very likely” to vote by mail or absentee ballot and 23% are “somewhat likely.”

This increased popularity is why there is mounting concern about the viability of successfully conducting elections with increased amounts of mail-in ballots in states that historically have seen low demand for Vote-at-Home options.

Take New York, for example. In 2016, only 5% of voters reported casting a ballot by mail in 2016. Now, that demand has transformed into 63% of voters who plan to vote by mail. New York’s administration of it’s summer primary was far from perfect. Without ample preparation and funding, the mass amounts of mail in ballots caused confusion and delays during its June primary. New York’s pitfalls present legitimate reason for concern.

Despite the fears of election chaos, there is hope for November — but only if we pay attention and learn from statistics like the ones presented in this 50-state study.

The study points out two clear facts: Americans want to vote, and they want to vote by mail.

The demand from voters is clear. Now, it’s on elected officials to serve their constituents and secure funding for elections. Funding is essential to helping states and localities prepare to serve voters in a safe way. Without it, elections run the high risk of presenting health risks and disenfranchising voters.

States with universal mail in voting have shown clear and robust ways to administer secure elections. If other states follow their lead, there is a clear roadmap to success. If given the resources, states who commit to expanding mail-in voting in an efficient way, can also reap the benefits of a safe and secure election.

There is no time to waste.