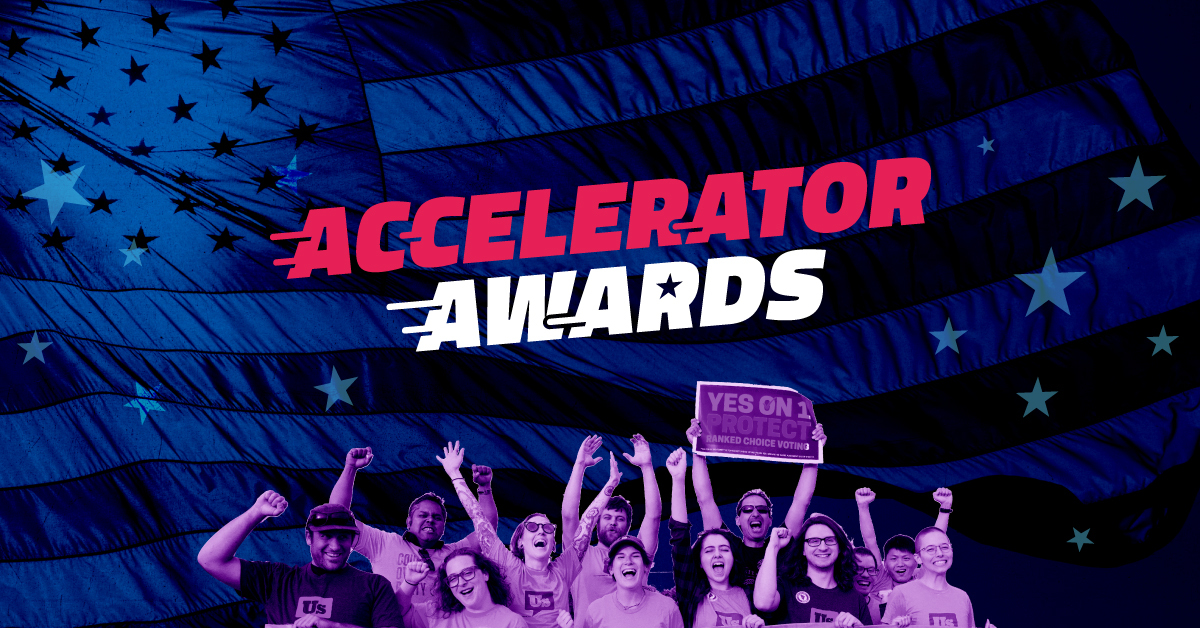 In partnership with the RepresentUs Campaign Accelerator, the Unite America Fund has selected 25 recipients for the 2021 Accelerator Award program.

The new and emerging campaigns are working to advance voters first reforms at the local and state level; grantees will receive funding and in-kind support in an incubator program designed to bring more reform campaigns to scale.

The Accelerator Award program is designed to provide seed resources — both money and expertise — to nascent efforts to advance voters first reforms across the country.

The effort solves several key challenges facing our movement: early stage efforts rarely receive the support required to emerge as politically viable campaigns; philanthropists want to invest in strong teams and organizations, requiring an incubator to get campaigns ready for larger investment; local and state-based organizations desire opportunities to learn from experts and act on insights from campaigners from other areas of the country.

The recipients will have the opportunity to apply for follow-on funding from the Unite America Fund as their campaigns emerge, and they will receive in-kind strategic support from RepresentUs, who will advise on policy design, conduct research, provide digital assets, support earned media efforts, consult on building strong field programs, and run accountability campaigns for opponents.

‍Over 120 applications for the program were received in the second quarter of 2021 representing an exciting level of interest and engagement on democracy reform across the country.

The grantees are nonpartisan organizations focused on advancing one or more of the four following powerful reforms: ranked choice voting, nonpartisan primaries, independent redistricting commissions, and vote at home. They are working in states that reflect the political diversity of the country, from Texas and Arkansas to Washington and New Mexico. Overall, the 25 selected grantees represent 21 states and Washington, D.C.

A few illustrative organizations supported by the program include:

New and emerging campaigns are encouraged to apply for Accelerator Award program support on a rolling basis, and our teams will continue to vet opportunities for potential investment.

The Unite America Fund also seeks to raise more resources for the program, to ensure all the needs of these nascent campaigns are met and so we can continue to consider new applicants.